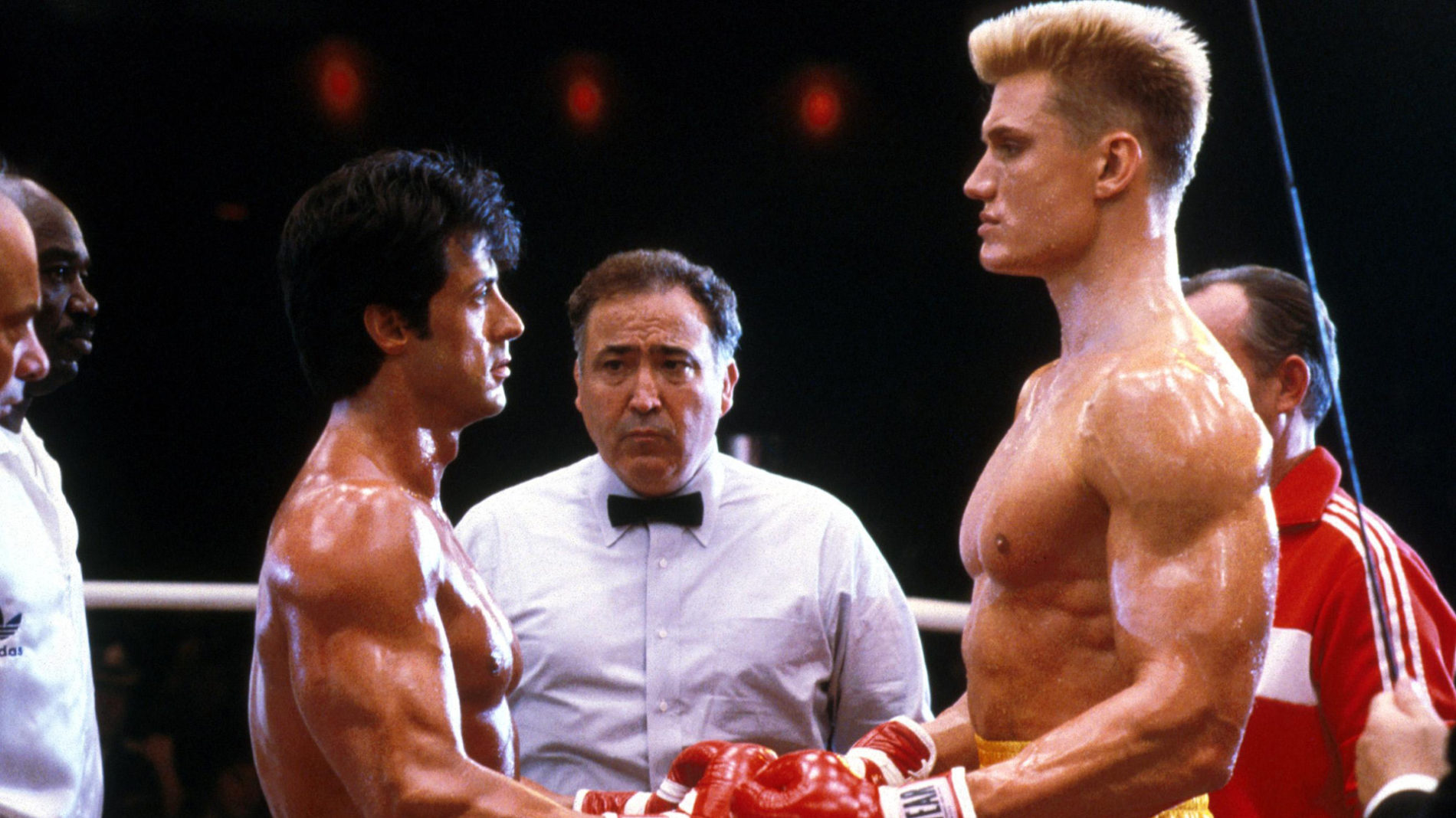 Any connoisseur of fine cinema will likely rank Rocky IV—90 minutes of sweat, grunting and Cold War propaganda—near the top of the list of the worst films ever made.

As the film approaches its climax, Rocky Balboa, a symbol of freedom and no-nonsense ass-kicking, decides to fly to Russia to avenge his best friend’s death at the hands of Ivan Drago, a soulless, blood doping Soviet boxing machine who appears to be invincible.

[Ostensibly, that’s the plot, but Rocky is really going to Russia to show the world that America f***ing rules and Commies suck.]

In the second round of the fight with Drago, Rocky lands a right hook to the Commie’s eye and breaks it open. The announcer shouts, “He’s cut! He’s cut! The Russian’s cut!” The lesson for Rocky (and, by proxy, the free world): The seemingly invincible boxing machine was human and vulnerable and capable of being beat.

In the past week, the Red Sox—who are having an historic year, rolling over the American League—were punched and cut by Terry Francona’s Cleveland Indians in the first two games of the series, proving this seemingly invincible Red Sox baseball machine is human and vulnerable and capable of being beat.

In no way should this diminish what we’ve been watching this season. Mookie Betts is now a veritable superstar and positioned for an MVP season if he’s not eclipsed by his teammate J.D. Martinez, who is currently stiffing around a triple crown. Chris Sale, if he can stay healthy and not have an autumn breakdown, is a viable candidate for the Cy Young. And the Red Sox rebounded with another dominant victory last night.

As the summer comes a conclusion, the Sox have a seemingly insurmountable lead in the A.L. East and the best record in baseball. If they continue at this pace, they’ll top the 1912 Red Sox who currently have the most regular season wins (105 games) in franchise history.

This season has indeed been historic. But slow the roll, folks.

Anyone reading this will likely remember the 2011 beer and fried chicken boys who sailed into September with a nine game lead, and some of you, not me, I was three years-old, may remember the 1978 collapse when they blew a 14 game lead over the Yankees before Bucky Effing Dent ripped out fans’ heart and showed them to us.

I’m not saying that the 2018 Red Sox even bear resemblance to either club, constitutionally speaking. This team, under Alex Cora, seems too keyed-in to collapse. But watching the series with Cleveland, after dumping the last game against Tampa Bay and losing three games in a row for the first time since April, I’m starting to see the chinks in the armor.

This team, especially in a short series, is far from invincible.

Even if you’ve never seen Rocky IV, you know how it ends. Rocky knocks out Drago, and in the process sells the entire crowd and the General Secretary of the Communist Party, a Gorbachev-look-alike, that The U.S of f***ing A is the heart and soul of the free world, and Commies suck, hard.

Rochambeau & Perrier Jouet To Host PJ in Your PJs Party