It wasn’t that I expected a formal, in-office interview to learn about the writing opportunity, especially when I was told the office was above The Greatest Bar in the Bulfinch Triangle neighborhood of Boston, just across from the TD Garden. It was that I expected to learn more about Dirty Water Media over a beer, meet some employees, and head home to think about the opportunity and the company. That’s it. One night, a few hours, done. Home to bed, and back to the daily grind. 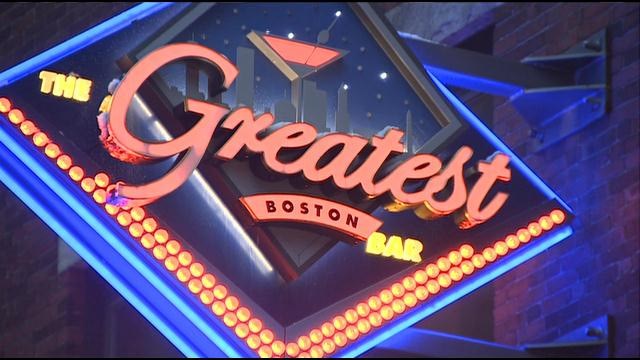 It was when I was sitting across from two Dirty Water Media representatives a few hours prior to the Bruins/Flyers game that I was asked if I wanted a shot of Jack Fire after the first round of beers, that I realized my expectations weren’t completely on par. A series of unexpected events followed the celebratory shot, as it usually tends to happen. Naturally, I said yes to the shots, and naturally, this seemed to kick in fairly quickly on a Wednesday after a long day at work.

I should probably start from the beginning, so you can understand the extent of the situation I found myself in, courtesy of Dirty Water TV/News. Dirty Water TV/News is a spit-fire reporting and entertainment company with a keen talent for capturing the nightlife in the Boston area and the various events that hold the Boston community together. You’ve probably seen the on air show (Dirty Water TV) after games on NESN, during which every person on camera looks like they’re having the time of their lives. The variety of gravitating personalities that make up the Dirty Water team helps expose the excitement and good times that occur so often in our Boston bars, restaurants and clubs. The on-air, late night show after sports games can be found playing at Tia’s, The Harp, Jerry Remy’s, and hundreds of other bars and clubs in the Boston area. It seemed to me that any epic party in Boston, any game or local event, Dirty Water TV was present, and was telling their viewers about it. What was clear to me from my experience over drinks and a good conversation was that Dirty Water isn’t just communicating events and games, they’re living it. What better way to learn about what’s going on in your community and where to go than from a broadcasting company that seeks out and lives out the good times with you? 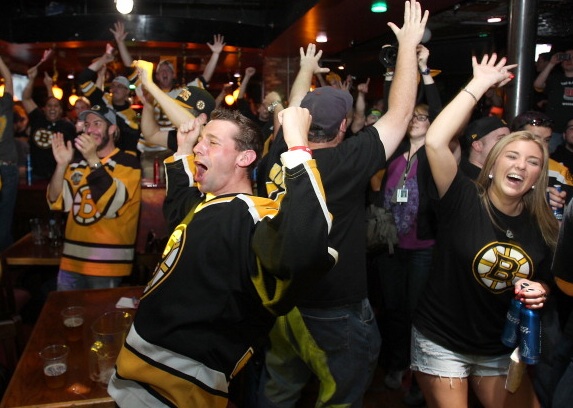 If you’ve ever been to The Greatest Bar, then you know the four floors of the bar get jam-packed with Bruins fans before the game. The mob of Bostonians in black and yellow fill the sport bar, chanting and mingling about the latest stats and expectations while throwing back some pre-game brews with friends and fellow Boston sports fanatics. I was greeted at the door to the bar by Kylie, the hostess, who I recognized as the blonde and beautiful reporter I had seen on the Dirty Water TV website, interviewing Patriots fans at McGreevy’s and introducing a hair stylists and salon specials on Newbury Street.

I eventually found Patrick Purcell, Connor Ireland, and Bill Fairweather, co-owner of the Greatest Bar and creator of Dirty Water TV/News. Boston born and raised, everyone seemed to love making conversation and getting to know one another, jokes and banter aside. It seemed to be a truly happy environment to work in, and it was immediately noticeable in the way everyone was talking about Dirty Water and the various events and outings around Boston they highlight in their work. The amount of common interests exchanged with all the staff and friends of Dirty Water TV who I was introduce to made me feel welcomed, and the passion for Boston’s nightlife scene and crowds was contagious.

After we walked up and down the levels of the bar post shot, the pregame began to get more rowdy, as fans began to head to the Garden. The energy was high as beers were finished…and more rounds were poured-game time was approaching. I started to head out of the bar thinking, OK, that was a blast, I’ll come back! Before I could walk out the door, another unexpected surprise occurred; 2 Bruins tickets caught my eye, one of them intended for me in the hands of Connor, one the employees at Dirty Water. After a slight hesitation, which in hindsight shouldn’t have been a hesitation at all, but a split second decision, I was going to continue the night at the game. Yes. Let’s go Bruins! Ticket in hand, we turned around and headed back into the bar, and more celebratory beers were thrown back…clearly a common theme of the night. The crowd was rowdy, and I was in shock, not expecting a party and new friends, and definitely not expecting the opportunity to attend a game. 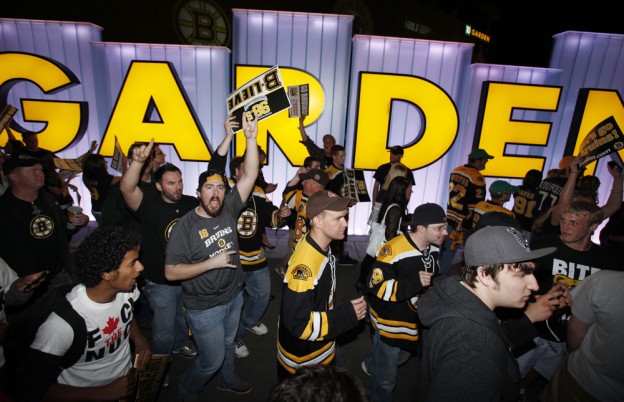 Now, to put the game in perspective, I hadn’t been to a Bruins game since I was in high school with my dad. I had forgotten the electricity that seems to ignite in the air, the intensity of the crowds, and the fiery passion the Bruins exhibit on the ice. Although the second period went a bit downhill, the Bruins ended the game with a flight or fight mentality, despite the loss. Of course we made good friends with our neighbors in the stands, as we overlooked the rink peering down at our team. The camaraderie and ease I felt made me anxious to head home and start writing, to get people to come out with us and start following Dirty Water. We continued the night at North Station’s Tavern in the Square where we had another beer(!) with the after party crowd. The Tavern is one of Boston’s newest sports bars with a perfect camp out spot for pre- and post-games with an appealing pub like menu.

The unexpected Wednesday night that unfolded turned out to feel more like a Friday night, and the Thursday morning more like a Saturday morning, involving lots of clicking “snooze” on my alarm clock and two plus cups of black coffee. Dirty Water Media — with its TV show, newspaper, live streaming, teen spin off, radio show, and more — seems to be growing with exciting energy as our own Boston nightlife and entertainment scenes continue to evolve.

I already know I’ll be making another visit to Greatest Bar, and to expect the unexpected. For any Boston bred guy or gal reading this post, if you haven’t been following Dirty Water Media, I suggest you should. You don’t want to miss out on the fun. Hopefully there will be more to spill, and a tale or two to tell.

Julie Fairweather - November 23, 2020
0
The Covid-19 pandemic has ushered in many new trends, not the least of which is the insane surge in virtual business meetings and dating...

Playoffs? Playoffs?!? Here’s the Patriots road to the playoffs

AN EVENING OF HOLIDAY CHEER AT HAMPSHIRE HOUSE

Nesmith a solid first round pick up