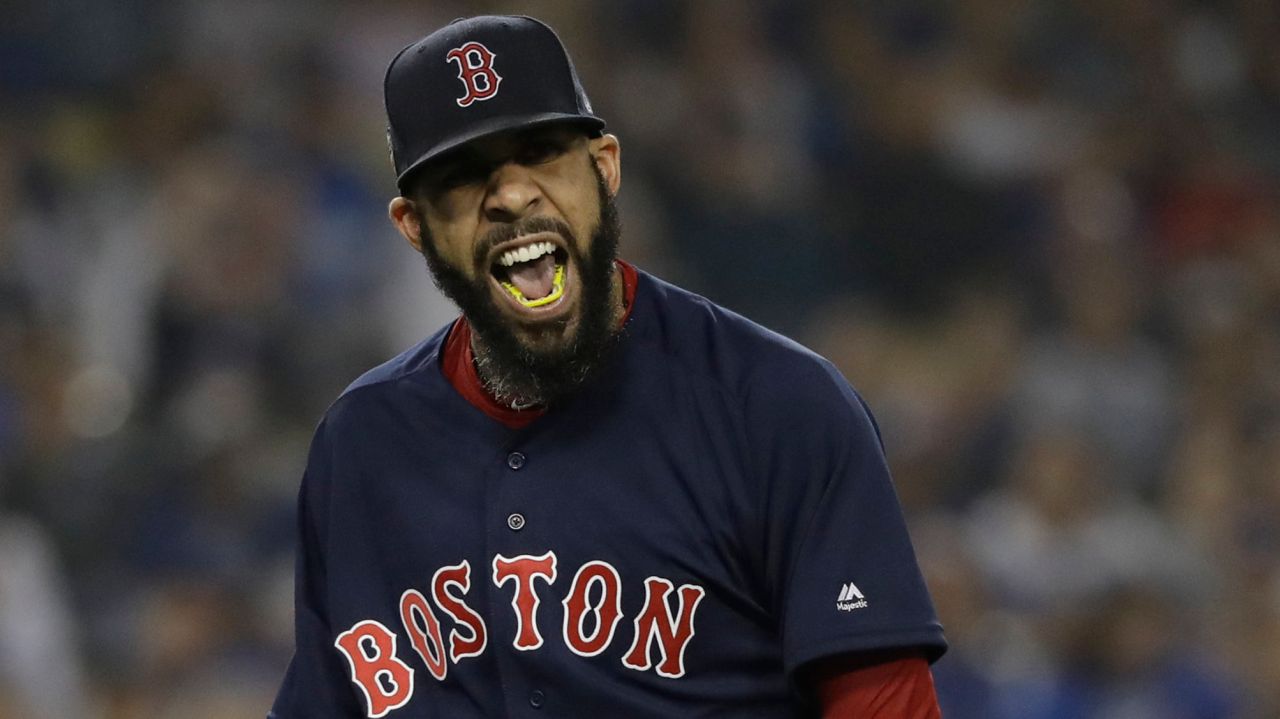 There are numerous compelling narratives surrounding the 2018 World Champion Boston Red Sox 11-3 World Series run, most of which have already been discussed to point of triteness.

For example, this is the best Red Sox team of our lifetime; David Price finally exorcised his postseason demons and put forth an MVP-caliber performance in the World Series; and according to his hacked Wikipedia page, Steve Pearce has “a massive dong and likely walks around his house naked with his MVP trophy from the 2018 World Series.”

But here’s a story that will live on solely in this Red Sox fan’s lore: it’s “The Tale of Two Socks” and my final missive in this historic season.

On the day before the World Series began, my wife came home from a Five and Under store with a plastic bag, grinning. “I have a gift for you,” she said.

“You’re not planning on placing that bag over my head, are you?”

“Not right now,” she said and reached into the bag and took out a pair of gaudy red socks. They were color of fresh blood with navy-blue stripes and the words “Red Sox” circling the ankles. “You need to wear these tomorrow,” my wife said. “It’s good luck.”

“I guess I will,” I said, reluctant. I teach at a high school, and anyone who is around adolescents knows that cool comes at a premium. And these socks were the antithesis of cool. Then I realized that I’m a 43 year-old grown-ass man and it shouldn’t matter a lick what teenagers think.

So I wore the socks on Tuesday, and that night the Red Sox won Game 1 by a score of 8-4.

“You have to wear them again tomorrow,” my wife said as I peeled off the socks and climbed into bed that night.

“Of course I have to wear them again tomorrow.”

“And you can’t wash them, even if your feet stink, which they do.”

On Wednesday morning, I again put on the crusted and sour smelling socks. And that night the Red Sox took Game 2.

However, during the Red Sox’s travel day on Thursday, I forgot about the socks and didn’t remember them until I was halfway to work on Friday morning. As soon as I realized my oversight, my bowels rumbled and a scream got caught in my throat. I contemplated turning around and being late for work. In fairness, our principal—an ardent Red Sox fan—would have probably waved off my tardiness if I explained the dire situation to him, seeing I didn’t teach a first period class anyway.

But I didn’t turn back, and Friday night brought us 18 agonizing innings, Ian Kinsler channeling Chuck Knoblauch, and a Dodger walk-off, despite a heroic effort out of the bullpen by Nathan Eovaldi.

I had no one to blame but myself.

And it would’ve been preferable the next morning to have that plastic bag placed over my head then listen to my wife—who wouldn’t know baseball from a game of cornhole—ruthlessly rub it in my face.

So the socks returned on Sunday night, and we all know the ending.

After the game, while watching the celebrations until some ungodly hour, having to wake at 6:00 a.m., I peeled the smelly socks off my feet and hung them on the wall of my Man Cave beside the laminated front page of The Boston Globe, dated October 28, 2004.

It has been one hell of a run, friends, and remember, in four months—give or take—pitchers and catchers will be reporting to spring training.