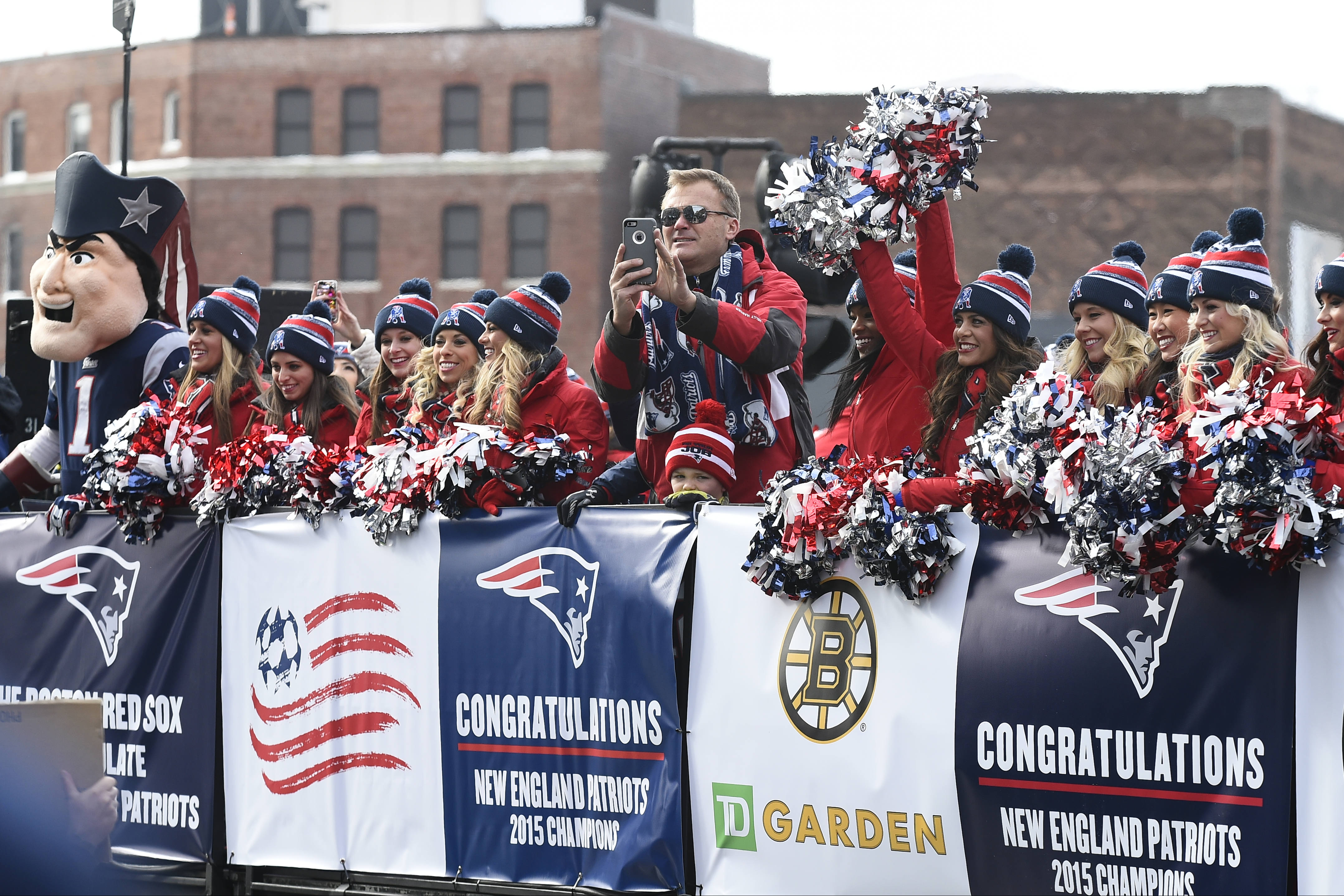 I understand that you’re angry, and I understand why. You’re sick and tired of watching New England teams win championships. Not that we’re keeping meticulous records or anything, but in the last, oh, 18 years or so, New England teams have won, something in the ballpark of, five Super Bowls, four World Series, an NBA Championship and a Stanley Cup.

And I realize, Country West of Connecticut, you have other political aversions to New England and the East Coast, in general. For starters, many of you believe we’re elitist liberal snobs with our Ivy League colleges and water-tight sphincters. But understand that most of us are not the bourgeois pricks in bow-ties that you might envision.

Most of us have accents like we were either extras on the set of Good Will Hunting or cast in an adaptation of a Stephen King novel—duly noted: many of you may dislike Stephen King for being A.) a liberal, and B.) a rabid Red Sox fan, yet still devour his books. But we’re not elitists. In lieu of the exorbitant cost of living here, most of us are working-class and we love our teams, much like you.

However, here’s a little history lesson, especially for readers under the age of 25 years old.

I’ll start with an anecdote, something that happened the other day while I was driving with my 13 year-old son—for the record, my wife is from Ohio, so he’s only, genetically-speaking, half-New England asshole (I’m from Rhode Island).

“Dad,” my son said to me, “why is it our teams are always so good? I mean, they’re always playing in championships. We always win.”

I glanced at my son, sighed then looked back at the road. “Don’t kid yourself, son,” I said. “New England teams were terrible for half of my life.”

And this is the truth. I’m 43 years old and growing up a New England sports fan, particularly a Red Sox fan, was an abject lesson in torture and humiliation.

For starters, the New England Patriots, in “my younger and more vulnerable years”—okay, that was pretentious—were the running joke of the NFL. The Patriots were akin to today’s New York Jets or Jacksonville Jaguars (who beat the Patriots) or Cleveland Browns (pre-Baker Mayfield). They were abysmal and played in Foxboro Stadium, where the metal bleachers came with hemorrhoid cream. There was no Mr. Kraft or Tom Brady or Bill Belichick. There was John Hannah, Andre Tippett and Steve Grogan. They went to one Super Bowl and were annihilated 46-10 by the juggernaut known as ’85 Chicago Bears.

Then there was the 86 years of suffering with the Red Sox, where the team found more sadistic ways to choke every time they got close to a championship—think Bucky, Buckner, Boone. Red Sox and their fans were the perennial losers of professional sports (Cubs’ fans have a case here, too). I figured I’d win a Nobel Prize before ever seeing the Sox win a World Series.

So am I fishing for empathy here? Am I delusional enough to believe that any of you will now root for Brady and Belichick to secure their sixth ring come Sunday?

Not in the slightest.

But I will say this: At least those of us in New England care about the outcome of Sunday’s game, as opposed to the apathetic Los Angeles fans with their three year old team (a franchise that railroaded the city of St. Louis), fans more concerned about their keeping to their ketogenic diet than the outcome of the Super Bowl.

So enjoy the game, Country West of New England. And, please, to quote the face of New England sports’ obnoxiousness, Dave Portnoy: “Don’t hate us ‘cause you ain’t us.” Okay. That was arrogant.