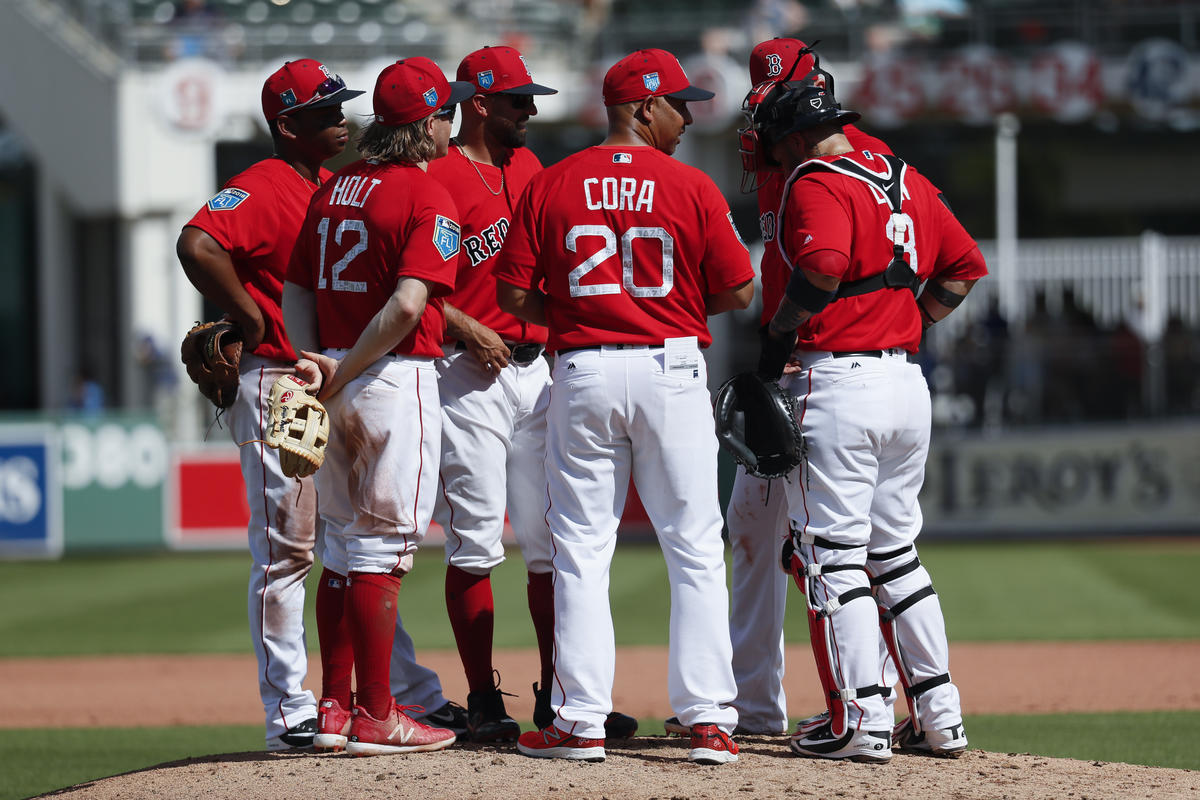 Then Louis is killed. Rather, the virtual-Louis—who is impervious real bullets—is killed, and minutes later, he and my son (also dead) are dropped on another island with 98 other players competing in a “Fortnite” doubles battle royale.

Like many gamers, my son is addicted to the latest video game craze, and he’s far from alone. The shooter game has captivated audiences of all ages, from middle-school students, to college kids, to grown-ass men.

A few weeks ago, it was revealed that “Fortnite” had become an obsession in the Sox clubhouse. While it’s not uncommon for professional athletes to take to gaming consoles to unwind, a long list of Red Sox players have admitted to sacrificing sleep in order to win “Fortnite” battles. The list includes David Price, Chris Sale, J.D. Martinez, Craig Kimbrel, Joe Kelly, Xander Bogaerts, Eduardo Rodriguez, Matt Barnes, Heath Hembree and Carson Smith (apparently the best player).

Rumors began to swirl after Price (and his dog, Astro) missed a start at Yankee Stadium due to Carpal tunnel syndrome, with some implying that the problem stemmed from his obsessive gaming. While apocryphal at the best, it provided easy fodder for the Price-haters in New England and the Boston media—a list that continues to grow more prodigious as the left-hander continues to wear out his welcome with Red Sox fans.

Since returning after the skipped start, Price, who then swore off “Fortnite” in the clubhouse, has tossed two solid starts against division rivals Baltimore and Tampa Bay, respectively.

The “Fortnite” story, however, harkens back to 2011 when Josh Beckett, John Lackey, Clay Buchholz and Jon Lester were said to have been drinking beer and ordering fried chicken in the clubhouse during the games between starts, a story that grew in its infamy as the Sox had in epic September collapse that would ultimately cost manager Terry Francona his job.

But here’s the thing that people seem to forget: These athletes, while appearing larger than life on our television screens, are still human beings. Granted, they’re human beings being paid ungodly sums of money to play a boys’ game but they’re still people, flesh and blood.

And baseball players—perhaps more so than other sports—have a lot of down time that they have to fill. For me, as long as they’re not committing criminal offenses or hurting other people, I don’t care what they do with their free time. If they want to play video games or get all Bronson Arroyo playing crappy Creed songs on an acoustic guitar or, god forbid, drink a Bud Light, I don’t care.

Perhaps the Red Sox will play “Fortnite” into the wee hours of the morning, winning every battle royale in the process. As long as they add a World Series to that list of battles won, I’m more than happy to look the other way.