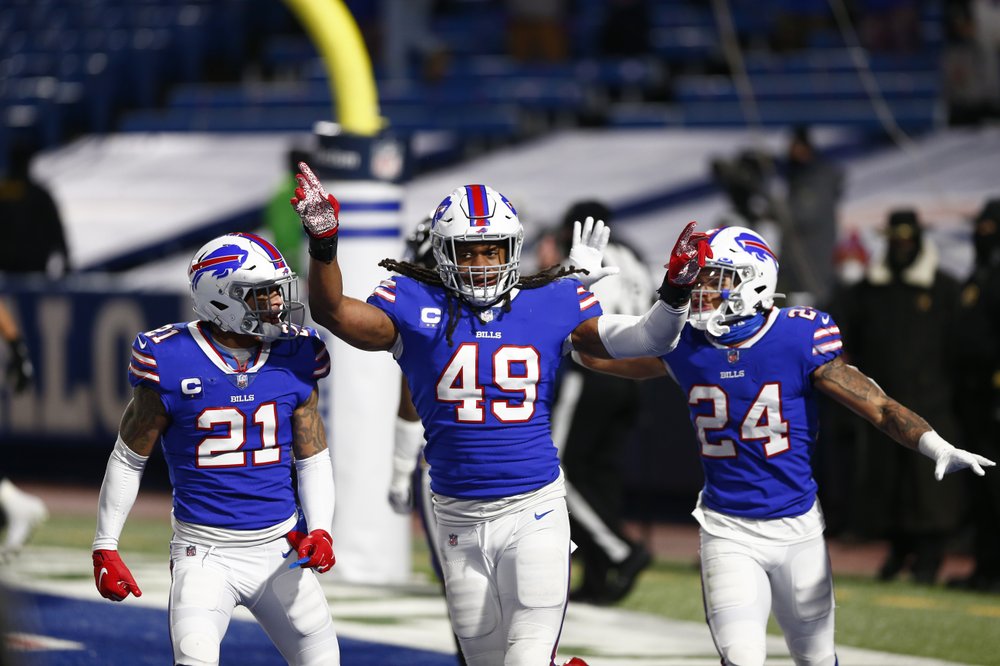 The Buffalo Bills will play in the AFC Championship Game on Sunday for the first time since the 20th Century. Their reward for making it this far is to face the defending champion Kansas City Chiefs and all-world quarterback Patrick Mahomes. In order for the Bills to knock off the Chiefs, they should look to how their age-old nemesis, the Patriots, have approached Kansas City.

The Patriots defeated the Chiefs twice during the 2018 season including a Conference Championship win at Arrowhead. Both games followed similar scripts: the Patriots controlled the game for the first half and built a lead before a fourth quarter shootout. If the Bills are going to advance to their Super Bowl, they should hope their game in Kansas City follows a comparable path.

On the whole this Bills team is built similar to the 2018 Patriots. Both teams got to the AFC Title Game thanks to great quarterback play, a star pass catcher and a highly athletic defense. The biggest difference on the field is the running game. The Bills can run, but not to the level the Patriots were in 2018. The Patriots had two objectives against the Chiefs in 2018: control the clock and finish drives off with touchdowns. This was highly effective in the first half for them; New England entered halftime up 14-0 and had used 20:27 of the clock. If not for a Tom Brady interception in the end zone the Patriots would have been up by three scores. The third quarter saw the Patriots control action again and enter the fourth with a 17-7 lead.

At this point the game exploded. The Chiefs outscored the Patriots 24-14 in the fourth including a last second field goal to tie the game. New England won the toss in overtime and Brady completed an all-time level drive to win the game 37-31.

The Bills offense can cause the Chiefs defense problems similar to what New England did. Stefon Diggs is an elite receiver and is a matchup problem like what Rob Gronkowski was at tight end for the Patriots, in that no one can cover him alone. John Brown has been in Diggs’ shadow, but he can provide timely  plays similar to Chris Hogan. And Cole Beasley is a near clone of Julian Edelman. Kansas City’s defense is better than it was in 2018, but the Bills will be able to score a bucket of points on them.

Lost in the fourth quarter explosion was how well the Patriots defense had played prior to that point. Mahomes and the Chiefs offense had looked unstoppable most of the season, but with 15 minutes left in the game they only mustered seven points. The Bills defense of 2020 has some significant similarities to that Patriots one, though not quite as great. TreDavius White is an elite corner much luck Stephon Gilmore and Jordan Poyer is a safety who can cover and be physical. Tremaine Edmunds is an athletic freak of a linebacker who plays behind a stout defensive line. The amount of talent is not quite on the same level, but the elements are there. The Patriots made it their mission to double Tyreek Hill whenever possible and key on Travis Kelce on third down. This is easier said than done, but the Bills have the players to do that.

The AFC Championship should provide an entertaining matchup throughout and though Sean McDermott is not as good a coach as Bill Belichick (no one is), he and his staff are capable of matching wits with Andy Reid. The Bills have spent years building a team to surpass the Patriots, but to knock off the Chiefs and reach the Super Bowl they will have to follow the example of New England.