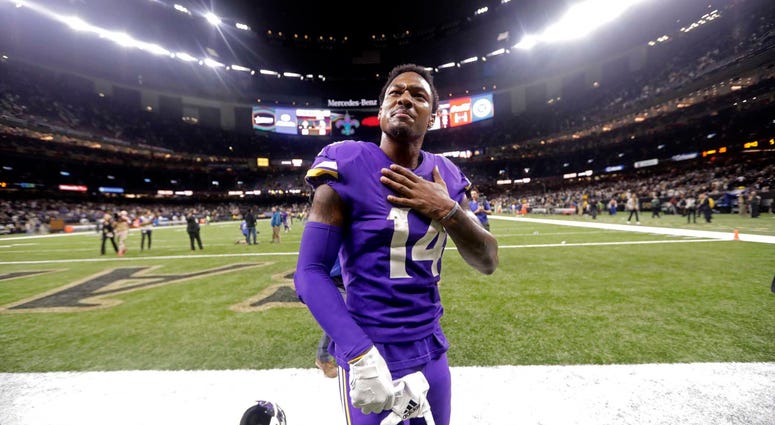 The Buffalo Bills went big game hunting on the first day of the legal tampering period on Monday by acquiring disgruntled Vikings wide receiver Stefon Diggs. The Bills paid a high price in the deal, giving up four draft picks including a first rounder, but in doing so they established themselves as near peers to perennial AFC East powerhouse New England.

In Diggs, the Bills add one of the best receivers in the NFL. Diggs has elite speed and instantly becomes one of the best vertical threats in the entire AFC. At just 26 years old and signed for an affordable $41 million over the next four years, Diggs figures to be part of Buffalo’s plans over the long term. Despite having the second fewest catches of his career last season with 63, Diggs still had 1130 yards for a career best 17.9 yards per catch. Pairing Diggs with John Brown, who averaged over 14 yards per catch last season will give the Bills an explosive element to their offense that will be well complemented by Cole Beasley and the Bills running game.

The key to the Bills taking the next step in 2020 will be the most important position on the field, quarterback. Josh Allen has underwhelmed in his career thus far and punctuated his 2019 season with an abysmal playoff performance in Houston. It is an open question if Allen will be able to be a franchise quarterback and as of now, it does not look that way. The Bills are banking on Allen taking a step forward as the decade opens.

Sean McDermott is a good head coach and the Bills have a good defense. Their skills position players are a good group that has been made great with the addition of Diggs. All that is left is good quarterback play. If they get that, the Bills will have a real chance to overtake the Patriots in the AFC East and go deep into the playoffs.