Kane’s Donuts will be celebrating all Moms this weekend! Boston Bruins National Anthem singer, Todd Angilly, will be singing on the patio of Kane’s Donuts’ Route 1 location in Saugus the morning of Sunday, May 9 to spread Mother’s Day cheer. 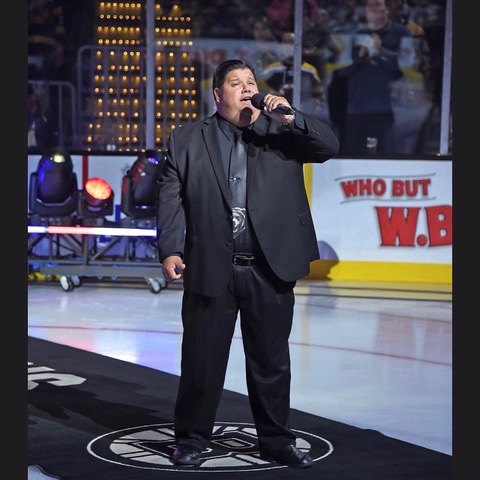 As part of this Mother’s Day promotion, Kane’s will be collecting donations to benefit the local nonprofit Christopher’s Haven — a home for children and families when cancer hits home — and the legacy donut shop has decided to match the total amount raised.

To further celebrate Moms this Mother’s Day, Kane’s is offering three new flavors for the month of May — Margarita, Hibiscus and Lemon-Raspberry Chiffon — as well as special Mother’s Day K-Pops.

Only available Mother’s Day weekend, these hand-decorated chocolate, plain, and red velvet donut pops can be pre-ordered at KanesDonuts.com from May 1-7. Coated in silky white and dark chocolate and coated in crunchy nonpareils, pops are available by the half dozen.

Join Todd Angilly and celebrate all moms out there this Mother’s Day at Kane’s!

About Kane’s Handcrafted Donuts:  Kane’s Donuts is New England’s legacy donut shop, ranked top-10 in the United States for serving handcrafted donuts and treats that are made fresh daily, and with local ingredients. Known for a superior daily selection of artisanal flavors and rotating monthly favorites, its continuous 66 years of service began with Kanes’ now-iconic “Legacy” store, which opened in 1955 in Saugus, Mass., and remains a local favorite for serving handmade products, seven days a week. For its 60th anniversary in March 2015, Kane’s opened a second location (“Kane’s Downtown”) in the heart of Boston’s financial district at International Place; and in March 2019, Kane’s reimagined the donut-buying experience with “Kane’s Flagship,” its largest location (with a drive-through and donut-prep observation area) at Essex Landing in Saugus. You can find Kane’s at www.kanesdonuts.com; on Instagram (@kanes_donuts) and Facebook and Twitter: (@kanesdonuts).

Julie Fairweather
One of the founders of Dirty Water Media, Julie Fairweather serves as the company’s managing editor, marketing director and contributing writer/producer. In addition to her work with Dirty Water Media, Julie is also an award-winning journalist with 20+ years experience developing marketing and public relations strategies for emerging businesses. Julie has also worked as an assignment manager and reporter for WLVI-TV 56 in Boston and a news anchor and reporter from an NBC affiliate in North Platte, NE. Julie is a past President and former Executive Director of The Publicity Club of New England, a 300-member trade organization for the Greater Boston public relations community. She also taught broadcast journalism and radio and television producing at her alma mater Emerson College in Boston, MA. Her most accomplished position is as the mother to her three amazing children.