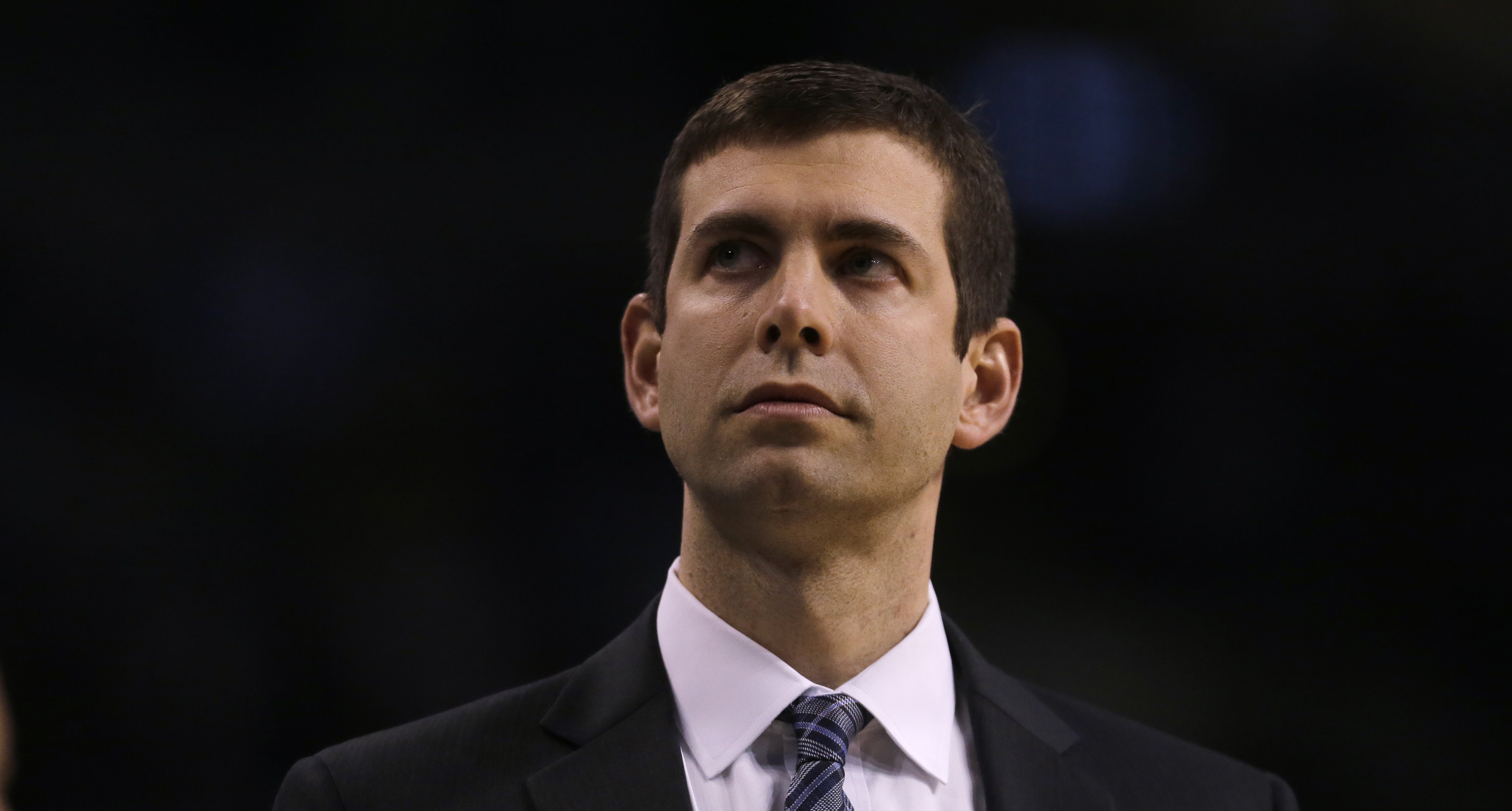 There are some really great choices for NBA Coach of The Year.

Greg Popovich in San Antonio, Terry Stotts in Portland, and Brad Stevens of the Celtics.

But no one has done more with less than Stevens, who most deserves the honor.

When Stevens arrived in Boston, the task in front of him was daunting. The former college coach who had led unheralded Butler to back-to-back NCAA Championship game appearances was now the head coach of the most prestigious franchise in the NBA. He was taking the reins from a championship coach, Doc Rivers, and had a roster full of uncertainty and lacking in lot of talent.

From the get-go, things were not easy for Stevens. The Celtics were in clear rebuild mode and struggled to a record of 25-57. That record yielded them the sixth overall draft pick, Marcus Smart. Slowly but surely, GM Danny Ainge began to transform the roster, and Stevens got the most out of his players.

His best player, the mercurial Rajon Rondo, was traded midway through his second season but the Celtics also added a guard from Phoenix at the trade deadline, Isaiah Thomas. Thomas helped jumpstart a team that rolled to one of the best regular season finishes in the NBA last season before being swept from the playoffs by eventual Eastern Conference champion Cleveland Cavaliers. Despite the sweep, the Celtics had made clear progress from year one to year two under Stevens.

Which brings us to this season. Entering the 2015-2016 campaign, the Celtics had expectations for the first time since Stevens took over as head coach. The playoffs were considered a reasonable expectation, as was the potential of winning a round in the postseason. The jury is still out on winning a round, but what has been shown beyond a shadow of a doubt is that this Celtics team has consistently overachieved and put themselves in position for a top three seed heading into the last week of the season.

Nearly every player on the roster has gotten better since last season in at least one area of his game. Thomas is a scoring star and the likes of Jae Crowder, Kelly Olynyk and Evan Turner have all improved and become key parts of the Celtics. Any individual player can get better one year to the next, but this across the board improvement is due in large part to coaching.

Keeping a young team focused all season long is not easy, but Boston has maintained a level of preparation that often exceeds their opponents, a direct result of the work their head coach and his staff puts in. The Celtics have not had games where players have taken the night off or put in less than a full effort. Their ability to also handle pressure situations consistently is taken from the example of Stevens.

There have been a number of signature wins, but the two most notable were defeating the Cavaliers on the road in February and their defeat of the Golden  State Warriors in Oakland last week. The Cavaliers game highlighted the late game ability of Stevens and for the entire Celtics team to perform under pressure. The Celtics were trailing 103-99 with under ten seconds to go when Evan Turner scored on a layup and got fouled. He missed the free throw, but the ball went out of bounds and was ruled Celtics’ ball. With 3.9 seconds left, Stevens drew up a play that inbounded the ball to Thomas who after a quick move toward the basket, passed the ball to Avery Bradley who hit a three to win the game. The poise shown by the entire Celtics team on the road and the play drawn up by Stevens was a highlight of the season.

After the win in Cleveland, it seemed not much could top it. That changed last weekend against Golden State. The Warriors came into the game with a record of 68-7 and had won 54  home games in a row. After the end of the first quarter, the Celtics trailed by two and improved from there. They outscored the Warriors in the second and third quarter to set a showdown in the fourth. They opened up a ten point lead with 8:40 to go, but the defending NBA champions would not go away so easily. The Warriors pulled within two, 103-101, with 1:29 to go and then within one, 107-106, with 10.9 seconds left.  It was up to the Celtics to seal the win and end the Warriors home streak. They did just that thanks to another brilliant inbounds call from Stevens. Thomas caught the inbounds pass with a wide open lane to the basket and put in a layup to seal the 109-106 victory.

Each season, every team has at least one signature win. This season, the Boston Celtics have had two of the most impressive wins of any team in the NBA. However, what is just as impressive is how the Celtics played AFTER those wins. Following the win against Cleveland, the Celtics won two out of their next three before the All-Star break. Since the win against Golden State, the Celtics have won two straight prior to tonight’s game. Preventing a let-down after a big win is one of the more difficult tasks a coach will have, and Stevens has successfully navigated that twice this season.

Just under three years from the date of his hiring, Brad Stevens has led the Celtics to become one of the East’s best teams. Now, this column is not suggesting they are on the doorstep of a championship, but the marked improvement over each season has culminated in Stevens turning in one of the best coaching performances in the NBA. He should be the Coach of the Year.

Shannon Fairweather - January 27, 2020
0
A 3 Step Guide to Graduating Early College, man. When it all started right out of high school, it all seemed so bright and shiny,...