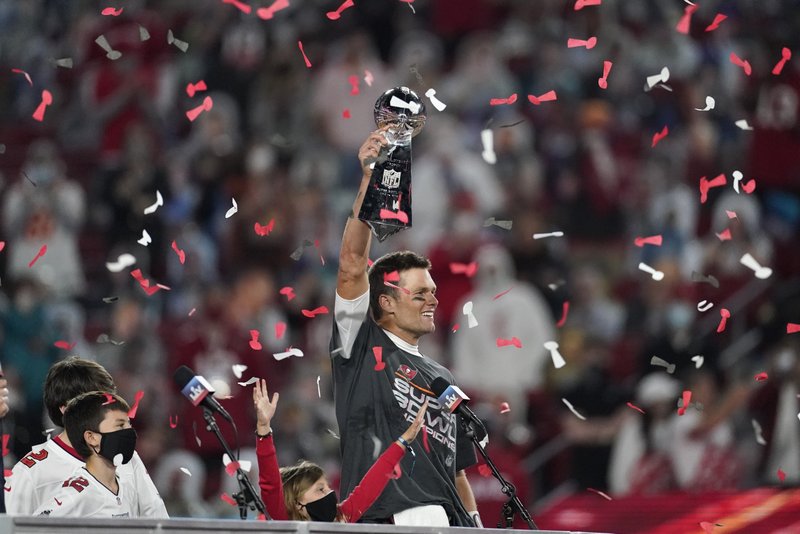 Tom Brady won his seventh Super Bowl on Sunday night and moved past the likes of Michael Jordan and Babe Ruth to the hallowed place of Greatest Team Sport Athlete in history. To win his seventh championship Brady and the Buccaneers had to knock off Patrick Mahomes and the defending champion Kansas City Chiefs and did so in dominant fashion, 31-9. Whatever superlative you want to choose will still not be adequate to describe what Brady accomplished Sunday night and throughout his career.

Brady was typically brilliant in the Buccaneers win, throwing for an efficient 21/29 for 201 yards and three touchdowns. The Buccaneers used play action on over 70% of their passing plays, which is something they had not done consistently during the season. Combined with great play by the offensive line and rushing attack, the Chiefs could not get a stop when they needed. The Buccaneers took a 14-3 lead in the second quarter and never looked back.

In addition to Brady, there are two reasons the Buccaneers are having a parade this week and the Chiefs aren’t. The first is Todd Bowles and the second is the Tampa defensive line. Bowles has been an elite defensive coach for a long time and his plan to slow down the Chiefs got everything right. Tyreek Hill was suffocated on every play and although Travis Kelce was able to find some openings, he did not make the game changing plays he usually does. The Buccaneers linebackers were physical with Kelce and he never looked comfortable during the game. Bowles also did not blitz much, in part to devote more resources to coverage and because he didn’t need to.

The line of Shaq Barrett, Jason Pierre-Paul, Ndamukong Suh and Vita Vea dominated the entire game. With mostly four defenders rushing, Mahomes was still pressured on 29/56 drop backs. That number is the highest amount of pressures on a quarterback in Super Bowl history. This is the first time in Mahomes’ career he lost a game by more than nine points. The Tampa defensive line swarmed him from the jump and no matter what the Chiefs tried, Mahomes could not escape the rush. The Kansas City offense could not string together good plays and Mahomes ran for more yards scrambling away from pressure (498) than the offense gained in the game.

Multiple Buccaneers players and coaches spoke after the game about the winning mentality and focus that Brady brought to Tampa Bay. Unquestionably, that made a massive difference for the Buccaneers in their quest for a championship. In addition to attracting players that made a big impact for the Bucs, such as Leonard Fournette and Rob Gronkowski, Brady elevated the rest of a talented roster that only managed to go 7-9 last season.

All of these factors combined for the most dominating Super Bowl performance since the Seahawks dismantled the Broncos in Super Bowl XLVIII. Brady has now accomplished a feat that makes him transcend sports and he will go down in history as the greatest winner to ever compete. In addition to Brady, the Buccaneers defense will always be remembered for this championship.