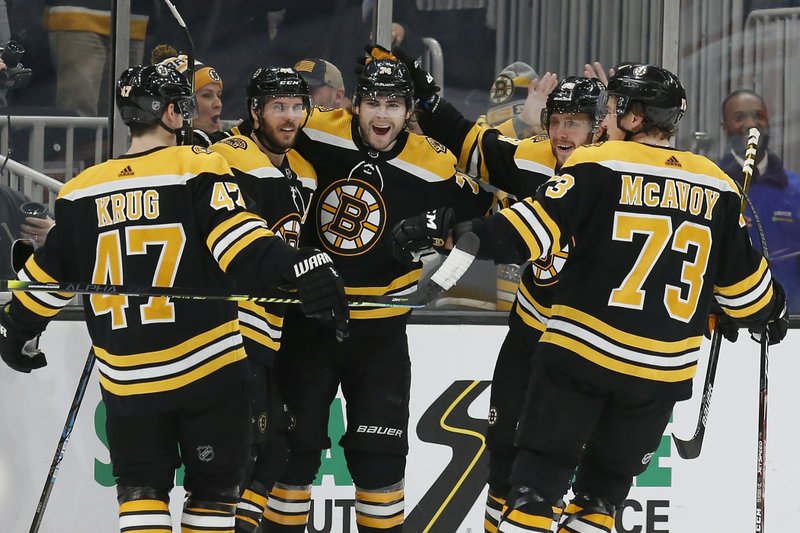 The Boston Bruins ended the 2018-19 season in the most heartbreaking way possible, falling flat in Game 7 of the Stanley Cup Final at home and watching someone else celebrate with the Cup in their arena. They returned to the ice this season looking like a team on a mission to finish the job.

Boston ripped off a 12-1-2 start and completed the abbreviated regular season with a 44-14-12 record, which was good for the best mark in the NHL. Boston resumes play on Sunday with a three-game seeding tournament before the playoffs begin. For the Bruins, this NHL season presents them with a great opportunity to win a second Cup in ten years.

The Bruins did not just have a strong regular season record, they established themselves as one of the deepest teams in the NHL, loaded with veterans as well as talented young players. Tuukka Rask played like a Vezina winning goalie all season and has historically done better when given extra rest, which is one thing the shutdown definitely did for him. Patrice Bergeron, Brad Marchand and David Pastrnak continue to form one of the best lines in the NHL. Pastrnak had 48 goals in 70 games, while Marchand had 28 goals and 59 assists. Bergeron continued to be the best defensive center in hockey while also scoring 31 goals despite missing nine games.

Charlie Coyle built off his strong start in Boston in 2019 and looks like the number two center behind Bergeron, though David Krejci has also continued to play like the number two, giving the Bruins three centermen that can all command top six minutes. The Bruins made two significant moves at the deadline to bolster their second and third lines, tapping the Anaheim Ducks for both Ondrej Kase and Nick Ritche. Kase is a skilled forward, who at his best looked like a second line wing and Ritchie brings a physical presence the Bruins lacked in the Cup Final against St. Louis last year. If the Bruins can get consistent performance out of both of them and Jake DeBrusk, they will no longer need to be as reliant on the Bergeron line for the vast majority of their scoring punch in the postseason.

Defensively, Boston is still anchored by the ageless Zdeno Chara, but they are no longer just Chara and a bunch of young guys. Brandon Carlo has continued to be a shutdown, tough defenseman while Charlie McAvoy has shown more consistency this season. Torey Krug is one of the most unique defensemen in the league and the Bruins have a stable of talented, young defensemen to fill voids as needed.

Put this all together and the Bruins are one of the NHL’s best teams. The franchise has been completely reenergized since Bruce Cassidy took over as head coach three and a half years ago. However, their window will not stay open forever with Rask, Bergeron and Chara all in the latter portions of their careers. Boston has a terrific young core, but this group will only have a couple more chances at most to win a Cup before the next generation of Bs fully takes over. This playoff run will provide them with an excellent chance to do so, but will not be easy.

Tampa Bay and Washington are major obstacles in the East and the West will produce a formidable foe in the Cup Final. Despite this, the Bruins have the talent and coaching to compete and beat any team in the league. In addition, the pain on losing last season will help vault the Bruins over any postseason challenge. The road will not be easy, but the Bruins are the favorite to be the last team standing and hoisting the Cup in October.