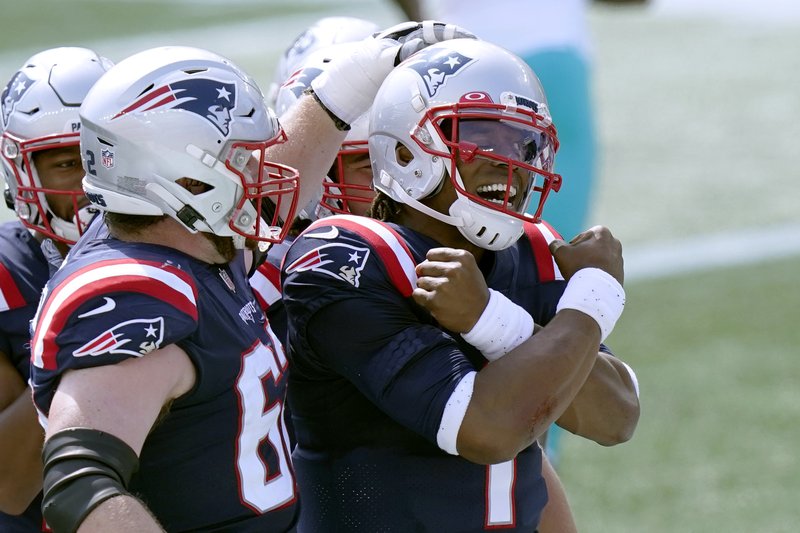 The Patriots started the 2020 season and Cam Newton era with a 21-11 win against Miami on Sunday in a game which featured positive signs for the direction of the franchise post-Tom Brady.  Newton went 15/19 for 155 pass yards and ran for 75 yards and two touchdowns while the New England defense continued the trend of the last two years and turned in another strong performance. The league’s top secondary registered three interceptions and the Dolphins offense had one solid drive all day.

The 21 points were not bad for the debut of the new look Patriots offense, but they easily could have scored 30 or more. In the second quarter, the Patriots failed to get any points off great field position following a Stephon Gilmore interception. This was due to Newton not changing the run play on second down when Miami loaded the box in front of him and the slipping for a sack on third down. Both are easily correctable mistakes. Nick Folk missed a field goal and N’Keal Harry committed the sin of reaching for the goal line and fumbled through the end zone at the end of an impressive drive. Both of those are also correctable mistakes.

Even if the Patriots only came away with field goals on all three of those drives, they have 30 on the board. If they score TDs? It’s a massive blowout. On the drives that did end in touchdowns, Josh McDaniels did a great job of making things simple for the offense. The Patriots used play action or ran the ball on over 75% of their snaps, which is a massive number. However, that makes things significantly easier for a quarterback making his debut in a new system. Newton was also a big piece of the offense, running for the aforementioned two touchdowns but also running several read and option plays which teams haven’t seen out of the Patriots main attack this century.

As the season progresses, Newton will be able to rely less on play action and increase his audible frequency when he gets unfavorable looks. He and the offense will also continue to get more comfortable and progress together. Newton had several high throws to Julian Edelman and Harry today, those will lessen over time. Despite his costly fumble, Harry looked as good as he has in any game as a Patriot and Ryan Izzo gave New England some hope at tight end. The running back group used four players and each contributed, including Sony Michel scoring a third Patriots touchdown.

No one should expect this offense to look like the machine it was with Tom Brady, but if Week 1 is any indication, it will be good enough to win at a high level.