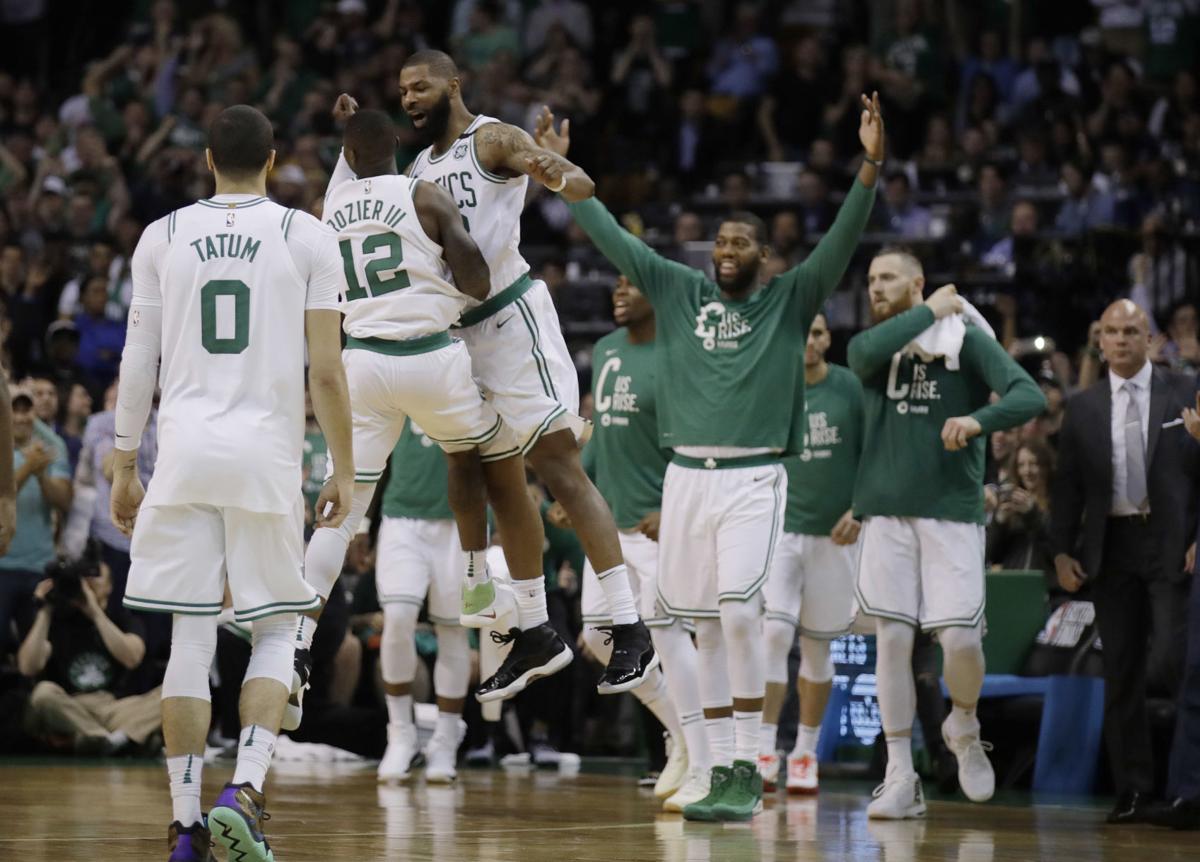 Once we hit mid-May, it’s summer. Residents of every state on this side of the country deserve to claim as much after suffering through another eight-month winter.

With this seasonal uprising, a strange phenomenon occurs: we start to imagine what empty streets would look like as championship parade routes. Yes, warmer months are not just an excuse to see Avengers: Infinity War a second or third time, but also the culmination of two of Boston’s major sports. The Bruins boxed two rounds, ousted by the Tampa Bay Lightning in five games.

As for the Celtics? With both of their wins over Cleveland coming at The Garden, the series obviously hasn’t started yet, but are warmed up for LeBron’s kingdom nonetheless. With apologies to Bob Ryan, this got me thinking: What’s the state of all four teams? Who currently stands to bring the most hardware to the city going forward? Let’s dive into a team-by-team breakdown of the Fantastic Four and find out.

Patriots: The dynasty will end, and that’s OK. I believe late-90’s alt-rock band Semisonic quoted something to the effect of endings equaling beginnings… Anyhow, Belichick’s club faces more hurdles than Michael Johnson in the 1996 Olympics. They’re old, they’re transitioning, and, they can’t shake controversy. Even when it doesn’t directly affect their franchise. When old sexual assault allegations manifested last week against Detroit Lions head coach Matt Patricia. Though Patricia was never tried nor convicted for said allegations, his tenure as long-time Pats defensive coordinator, naturally got called into question. This is not to say Brady’s bunch will fail in 2018, but they’ve got some stuff to figure out.

Bruins: Lord Stanley’s Cup is the toughest trophy in sports to win. The playoffs are brutal, bordering on barbaric at times, and this year, that proved too much even for a team like the Bruins. From strikingly high scoring wins against Toronto in the first round, to a serious dud against the silver anniversary-celebrating Lightning, this just wasn’t it. Veterans like Rick Nash and Zdeno Chara are old, and not well equipped to take on the rigors of a championship run. The Bruins are still a playoff team, and thus a diligent offseason away from playing June hockey.

Celtics: Disruption is a term the tech industry uses to signal the arrival of a new idea or innovation that radically changes the status quo. That’s what the Celtics are in position to do. Quite simply, they hold a 2-0 lead over the Cavs because Brad Stevens is a way better coach than Ty Lue. Almost comically so. His team doesn’t play like a prolific NBA franchise, they play like they have something to prove, which is a dangerous weapon to possess. Tonight, Al Horford exploded in the 4th quarter, sparking a team who acts like they don’t know who could be waiting for them in Oakland, California. Indeed, Golden State shows no intent of relinquishing its throne, but Boston can and just might deny Cleveland to meet up with The Warriors for a fourth-straight year. Basketball is a crazy sport though, so anything is possible.

Red Sox: Because baseball is, and always will be baseball, the Sox torrid start puts them in attractive position to overpower their American League East foes and notch another division championship in a body of water packed with big fish. Cy Young Award ace Rick Porcello and his squad always have a tough haul, especially when, last time I checked number 99 still plays for the Yankees. It’s too early to tell if this team will go the distance, or even survive enough injury-free month to play a factor in October, but the blueprint is there.

The state of Boston sports is strong. All four teams at least show signs of life, if not providing imminent reason to save for a new hat. Summer is trophy season.

And summer is here.

Jon Lyons - July 22, 2021 0
The Patriots open training camp on July 28th and will be looking to rebound from a disappointing 2020 season. The organization certainly has its...

The Alley Bowling & BBQ at The Dirty Water Cape &...