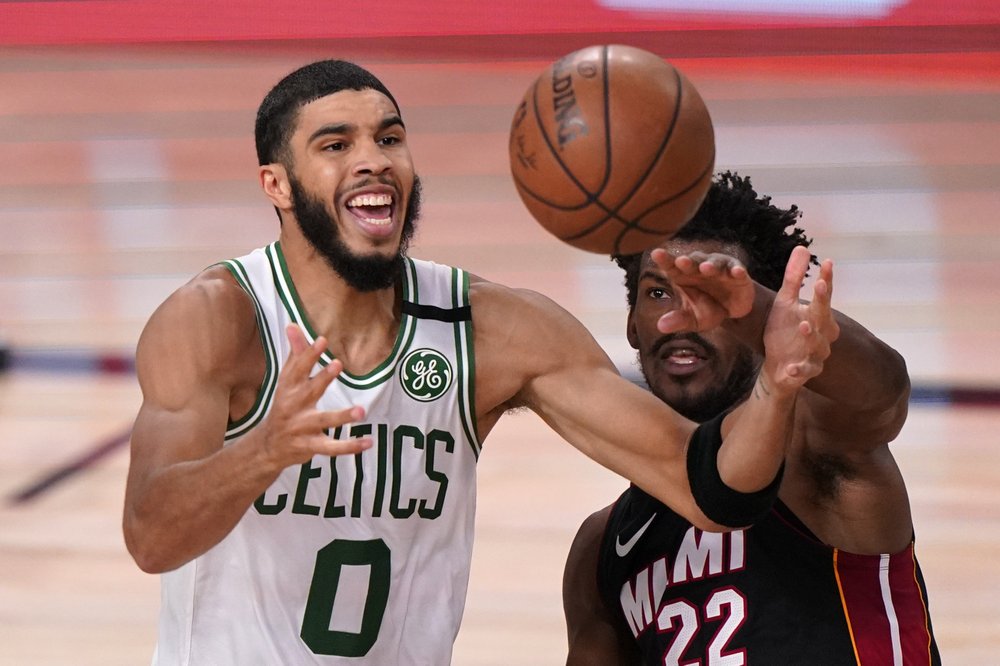 The Boston Celtics led 96-90 in Game 6 of the Eastern Conference Finals with 8:48 remaining on Sunday night. After a convincing win in Game Five, this was a moment that made it appear that Boston was going to force a seventh game with a trip to the NBA Finals on the line. Unfortunately, that appearance was a mirage. Miami answered with a 26-6 run and eventually ended the Celtics’ season with a 125-113 win. Miami is a deserving winner, but this series had more to do with where the Celtics are and where they still need to go.

In a series that went six games, it was the first contest that provided all the answers as to how the rest of the series would play out. The Celtics looked dominant for stretches and built a 14-point lead in the fourth quarter. However, the Heat stormed back and took a 1-0 series lead after winning in overtime. The Celtics could not sustain pressure and looked stagnant offensively throughout much of the fourth quarter and overtime. This happened again in Game 2 and in Game 6. The question is, why?

Boston has a hole at center and lacked reliable scoring punch off the bench throughout the series. Daniel Theis and Enes Kanter played admirably in Game Five at center and Robert Williams and Grant Williams provided some good minutes, but none of them could stop Bam Adebayo once he got going. Off the bench, Miami could turn to Tyler Herro and his 37 points in Game Four or Andre Iguodala and his clutch closeout performance in Game Six. The Celtics, meanwhile, had an ineffective Gordon Hayward and Brad Wanamaker as their chief bench scoring options. Both of these deficiencies will need to be addressed before the Celtics can win an NBA title.

Even more apparent, however, was the lack of an elite player in his prime or championship level veterans on the roster. The Celtics best two players are Jayson Tatum and Jaylen Brown, who are 22 and 23, respectively. Neither is yet as good as Jimmy Butler, but both have shown the potential to get to that level.

Tatum had a terrific playoff run, playing 40 minutes a night and averaging 25 points, 10 rebounds and 5 assists per game. He also turned in his best playoff performance with the Celtics down 3-1 with 31 points, 10 rebounds and 6 assists. However, Tatum made several key mistakes at the end of games including bad shot selection at the end of regulation in Game One and shaky ball handling in the first two games. He was also absent in the first half of Game Four.

Brown looked like the best player on the floor on several nights, but he simply did not get enough shots throughout the series. Whether that was due to Marcus Smart taking more shots than he should have or Brown deferring too often is something the Celtics will have to figure out and correct this offseason. His averages of 21 points and 7.5 rebounds in the playoffs were solid and it’s no coincidence that the two games Boston won against Miami were two of Brown’s best games of the post-season.

Perhaps if the Celtics had veterans like Butler, Goran Dragic, Iguodala and Udonis Haslem on their roster, Tatum and Brown would have been able to break through their quieter moments. Butler and Dragic were key on-court contributors who took the pressure of their younger stars while Iguodala and Haslem brought a championship perspective to the locker room. Kemba Walker is an All-Star player who has been a much better fit with the Celtics than Kyrie Irving was, but he is not as good as Butler and doesn’t have the rings of Iguodala or Haslem. Hayward was terrific early in the 2019-2020 season, but he was once again derailed by injuries and ended up being a limited factor in the series despite heavy minutes after his return in Game Three.

The Celtics have not reached their peak with this group yet and will continue to improve next season. That doesn’t change the fact that they blew a great opportunity to win the East and get to the Finals. However, the team took a step forward this year after a five-game drubbing at the hands of the Bucks in the second round last year. Tatum looks like an All-NBA player and Brown at least looks like a future All-Star. The future is still extremely bright for the Celtics and with their core gaining more experience they will be expected to compete for the East once again next year. The burden also falls on management to add the pieces around the core to help get the Celtics over the top. All in all, this season was a step forward for the Celtics, but they will be expected to take that next step sooner rather than later.