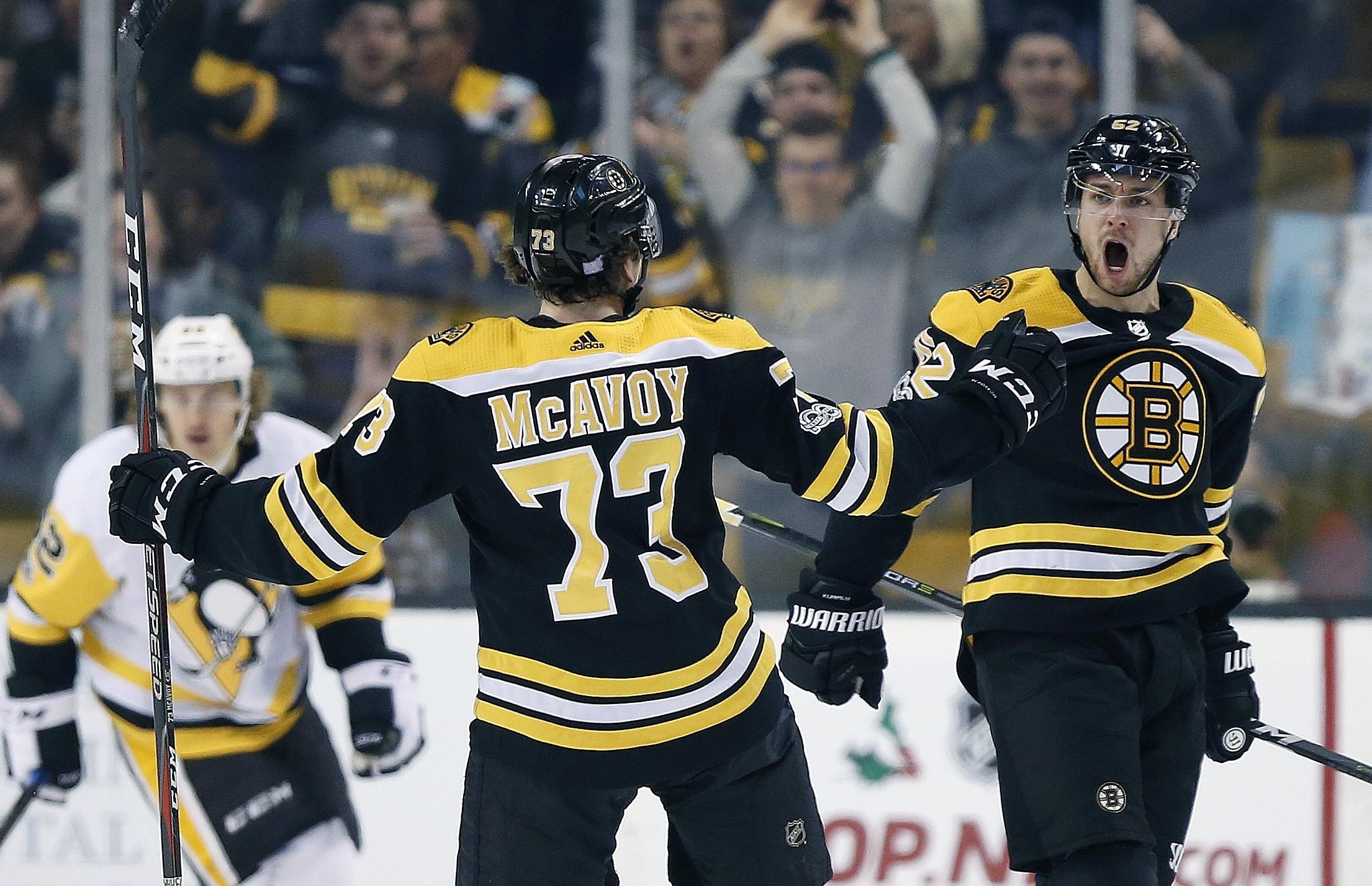 The normal activity for a 19 year old college male to engage in on a weekend is drinking beers in his dorm room with his buddies. Maybe they will attend a party later on and grab some late night pizza before sleeping in until noon the next day. Charlie McAvoy, the 19 year old Bruins defender, is no ordinary kid.

The rookie burst onto the scene last April in the Bruins playoff series against the Ottawa Senators. Bruins fans were only looking for emergency duty with the B’s defense facing decimating injuries before the 2017 playoffs started but McAvoy showed promise early against a feisty Senators squad.

What really stood out in the 2017 Stanley Cup Playoffs was the amount of minutes McAvoy could chew up as a young kid, his poise with the puck and how when the lights are brightest, he shines. Brights lights Chuckie should be his nickname. It is absolutely ridiculous that he played top defensive pairing minutes in his first 6 games as a pro and has continued his path to stardom in the first 25 regular season games of this season.

A top flight defenseman can be characterized in numerous ways, the most important of which, is to play heavy minutes, in both five on five and special teams play, while shutting down the oppositions top line. Last Wednesdays game against the high powered Tampa Bay Lightning showed the trust coach Bruce Cassidy has for his teenage defender. He played a team leading 28:11 of ice time and was matched up, along with Zdeno Chara, on the dynamic Lightning first forward line featuring Steven Stamkos and Nikita Kucherov. They had arguably their worst game of the season.

That nationally televised tilt against the Lightning thrust McAvoy completely into the spotlight because of his terrific play, but Bruins fans know this was no one game fluke. The kid is playing 23:42 seconds of ice time per game and no other rookie is averaging more than 20 minutes per game on the season. In fact, McAvoy has logged more minutes through 23 games than any other rookie in the last 20 years. Those are definitive number one defender stats right there and he is somehow playing a similar amount of minutes as Chara, who is twice as old as him. Bright lights Chuckie is playing well above his teenage years.

Sure, defenders need to churn up minutes in the top pair, but its a bonus when they can move the puck and make plays out of their own defensive zone. Offense is started through the defensive zone and McAvoy is excellent at putting his forwards in positions to make scoring plays. When the forecheck is covering the forwards as McAvoy pushes up the puck, he is highly skilled at creating offense for himself and others.

Let us all appreciate this Charlie McAvoy pass. pic.twitter.com/UybsvERajP

These two plays illustrate his vision while possessing the puck. He is a high level creator and projects to be a power play quarterback. Currently he is manning the second power play unit with Tory Krug on the first, but don’t be surprised if McAvoy gets some run with the first unit by the end of the season should the Bruins power play percentage stay in the bottom half of the league. He has currently accumulated 11 assists in 25 games played but expect those stats to only rise as he becomes more aggressive and comfortable.

The funny part of McAvoy’s transcendent rookie campaign is that the Bruins coaching staff believes he needs to shoot more. Despite being an effective passer, McAvoy has passed up numerous shots this season. He has an absolute rocket and the coaching staff is encouraging the kid to be more aggressive with his offense and put pucks at the net. He has had a couple of beautiful goals in the last few games so the coaching is clearly rubbing off on him.

It took an extra look, but @CMcAvoy44‘s blast got the #NHLBruins on the board. pic.twitter.com/zkyNqwbJ8i

He is currently a minus three so there is some improvement needed in that capacity but the overall product is everything fans could have hoped for and more. McAvoy may take some awful penalties occasionally, let forwards behind him and turn the puck over, but he isn’t making mistakes at the level of a 19 year old. He actually takes the body like a guy much larger than his six foot, 208 pound frame. Interestingly enough, he leads the Bruins in hits with 65, more than bruisers like Chara and Kevan Miller.

It is always too early to say a player will be a star when they are still a teenager but bright lights Chuckie is displaying all the tools to be a cornerstone defenseman in the NHL for the next 15 years. If McAvoy improves at a reasonable pace, he will be a comparable player to Drew Doughty or Erik Karlsson in five short years. That is game changing talent in the back end. The up and coming Bruins are set for the future in the first defensive pair and if a few of the other rookies in the lineup make improvements this team has the potential to be contenders for a long time coming.