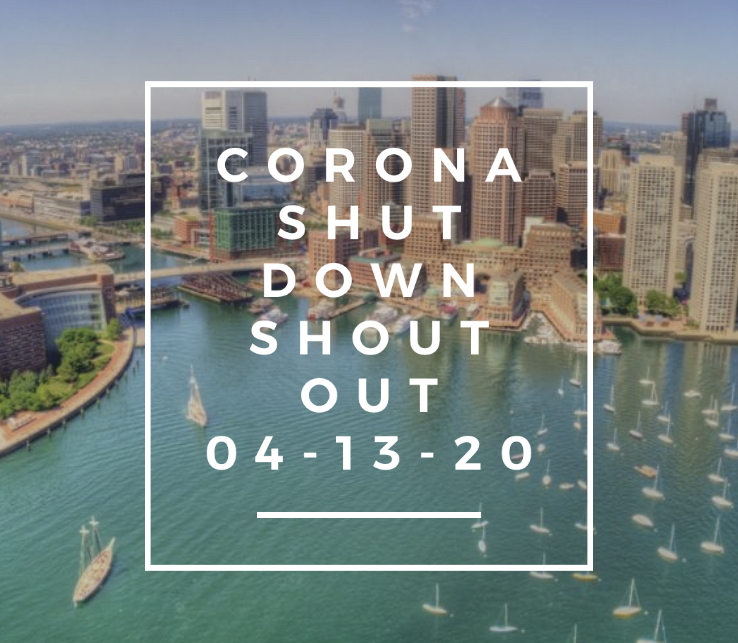 What do you know? Another rainy Monday. Fun. Hold onto your hats Boston. Here are few things to help you weather today’s storm.

Television and film star and Newton, MA native John Krasinski put the spotlight on Boston health care workers in his most recent episode of his “Some Good News” YouTube show. For the main segment of his positive-news-inspired show, Krasinski thanked the health care workers at Beth Israel Deaconess Medical Center and teamed up with the Boston Red Sox to give the hospital’s nurses and doctors an amazing hometown surprise. 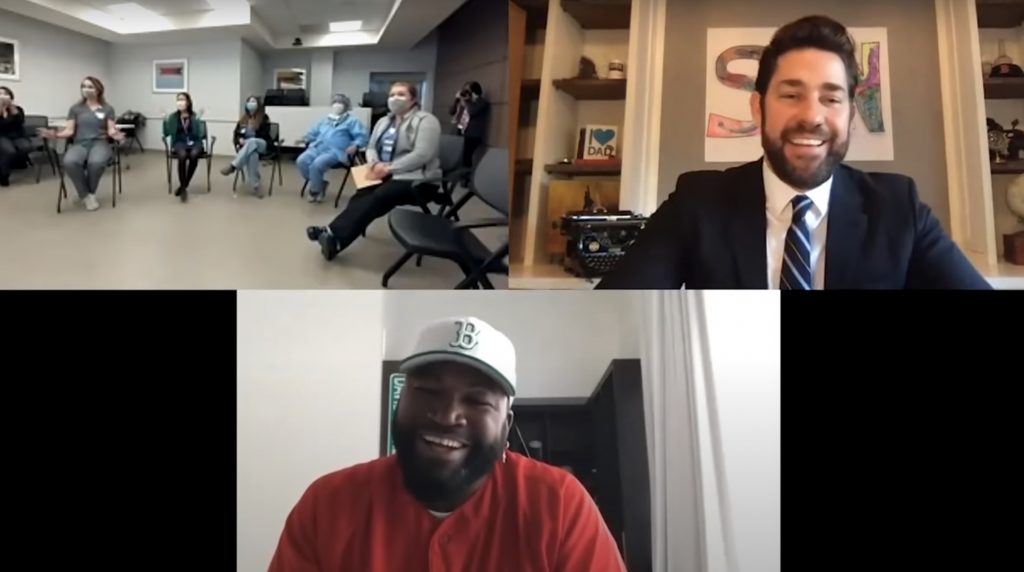 Krasinski live chatted a group of nurses from Beth Israel’s COVID-19 unit letting them know how “unbelievably honored” he was to be talking to them. Then he brought David Ortiz – Big Papi – onto the call. “I gotta tell you guys, from the very bottom of my heart, how much I love and respect you for what you guys are doing,” Ortiz said. “Taking your life, taking your time, that’s something that goes beyond everything.”

Ortiz then made the big announcement that the Boston Red Sox were donating four tickets to Beth Israel at Fenway for life.  “I’ve been waiting on the wait list for 16 years, but still heard nothing,” Krasinski added.

Krasinski then sent the staff on a duck boat ride to Fenway Park where they hit the field to be thanked via video on the big screen by Govern Baker and his wife, Mayor  Walsh, Ortiz, and a bunch of Red Sox players.

On Easter Sunday, by invitation of the City and of the Duomo cathedral of Milan, Italian global music icon Andrea Bocelli gave a solo performance representing a message of love, healing and hope to Italy and the world.

Italian classical singer Andrea Bocelli gave a moving performance from an empty cathedral on Sunday evening, in a bid to inspire hope amid the global coronavirus pandemic. The 61-year-old tenor – blind since age 12 – sent an Easter message to millions around the world with his “Music for Hope” concert from Milan’s historic Duomo cathedral.

Wearing a three-piece suit and black bow tie, he performed sacred works such as Bach’s “Ave Maria” and “Sancta Maria” by Pietro Mascagni in front of a single microphone for the virtual concert.  Simply put, it was amazing. 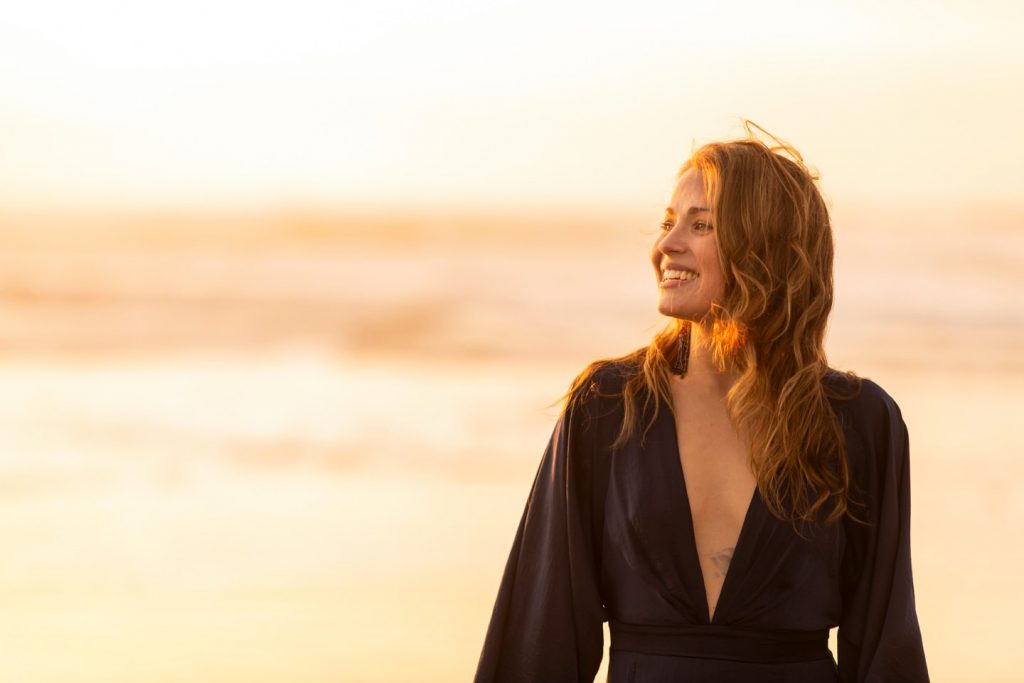 Tonight at 7pm kick back and relax to the music stylings of Haley Jane during her Club Passim livestream. By clicking here and making the suggested donation of $15 via PayPal, you can watch Hayley Jane perform from home during this time of social distancing! Donations will be split between Hayley and Passim.Hayley Jane’s performance is layered with raw intensity + linguistic prowess. She has a deeply emotive + highly magnetizing presence that’s generating a serious buzz in the industry.

4. MONDAYS DON’T HAVE TO SUCK WITH CHARLIE’S KITCHEN 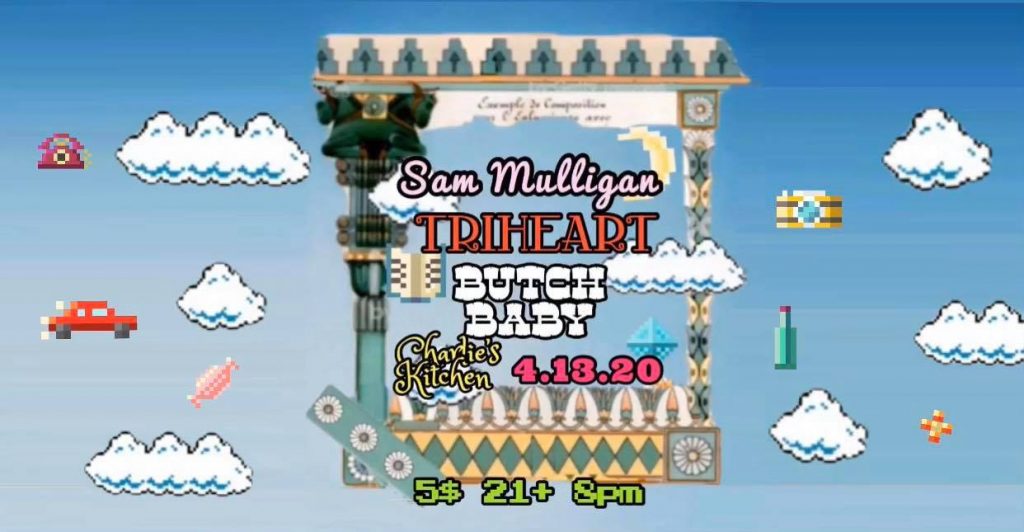 In lieu of their previously scheduled Charlie’s Kitchen Shows “Mondays Don’t Have to Suck” series with Butch Baby, Sam Mulligan and Triheart you can watch via twitch by clicking here.  If you want to really make a night of it, you can pre-order some food from Charlie’s Sandwich Shoppe, the landmark restaurant in Boston’s South End is open for take out every day from 7am to 2pm.

ArtsEmerson has launched its newest digital initiative, Together Apart: Explore New Worlds from Your Home, a curated series of performances previously presented by the organization in Boston, as well as new video conversations with bold and imaginative artists associated with those creations. The digital series offers regularly posted content via TogetherApartAE.com, an opportunity for audiences to view past ArtsEmerson performances at home.

ArtsEmerson is asking interested participants to register for the series here so that they will receive updated access links and viewing reminders for all online events.The Together Apart digital series begins with a recorded video conversation about the play Mala, which had its world premiere at ArtsEmerson in Fall of 2016. The play’s writer and star, Melinda Lopez, and its director, David Dower, talk about the experience of bringing this personal and poignant drama to life on stage.

The conversation is available for viewing here and was produced in response to the recently-announced collaboration between WGBH TV, Huntington Theatre Company and ArtsEmerson which is brings a televised version of the play into homes on WGBH 2 and YouTube TV.While recordings of the cancelled performances were not available for inclusion in this series, over the following weeks, Together Apart will include streamed performances of four other shows that represent ArtsEmerson’s past.

Thomas Domol - January 19, 2022 0
Did you catch the CFP National Championship? If you didn’t, let me catch you up: Georgia conquered its conference rival Alabama, winning its first...