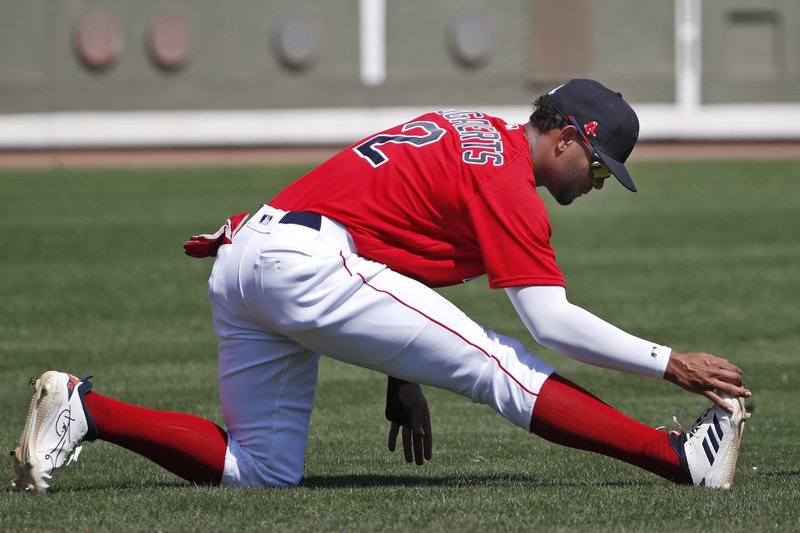 Boston fans were treated to a familiar, but still fun site on Tuesday night when the Red Sox scrimmaged the Blue Jays in a tune-up for the regular season. It was fun to finally see the Red Sox playing another team in 2020 amid their ramp up to a pandemic shortened season. However, it was all too familiar to see the team blow a late innings lead thanks to a shaky bullpen.

The Red Sox jumped to a 4-0 lead in the first inning and later extending the lead to 6-2 following a J.D. Martinez home run. Toronto would go on to score six unanswered runs including three in the ninth before Ryan Brasier was able to record an out. The Blue Jays capped off the night with a 8-6 win.

Tuesday night served as an accurate snapshot preview for Red Sox fans. The team is in a bridge year, like it or not. The trade of Mookie Betts and David Price eliminated two of the top six players on the roster and injuries to Chris Sale and Eduardo Rodriguez have made the starting pitching staff resemble more of a top team in AAA rather than a strong major league staff. The Boston bullpen has been much maligned over the past several years and that will likely continue in 2020, though Brandon Workman is looking to build off a solid 2019 to provide a bright spot.

The lineup will still be formidable with Martinez, Xander Bogaerts as well as a prime-entering Andrew Benintendi who is looking to rebound from a less-than-stellar 2019. The Red Sox will be able to score runs, but the loss of Betts is massive. The perennial MVP Candidate will no longer be at the top (or anywhere, for that matter) of the Red Sox lineup. Add that to young phenom Rafael Devers having an inconsistent spring and the Boston lineup looks like one that will be good, but not nearly as great as it was in 2018 or 2019.

On top of their deficiencies on the mound and subtractions at the plate, the Red Sox lost their manager this offseason. Alex Cora came to Boston in 2018 and turned in one of the best seasons in Sox history, 108 regular season wins en route to a championship. However, his connection to the Astros sign stealing scandal made his position in Boston untenable and he was gone after two seasons in Boston. Ron Roenicke is a solid choice to take over for Cora, but he is not Cora. It is likely that Roenicke will be in Boston one season and then the reigns will be turned back to Cora or a new hire.

Put all this together, and Boston fans will be happy that the other New England teams will be playing at the same time the Red Sox are. The Red Sox will not be awful, but at best they will be an above average team far away from contention. Chaim Bloom will have a 60 game sample size to figure out where exactly to improve the roster before next season. Boston will also get a hopefully healthy Sale back in 2021, which will immediately set them up in a better place than they are now.

The Red Sox are in a bridge year, but with all the young and in-prime talent they have in the lineup, they will at least be entertaining to watch.