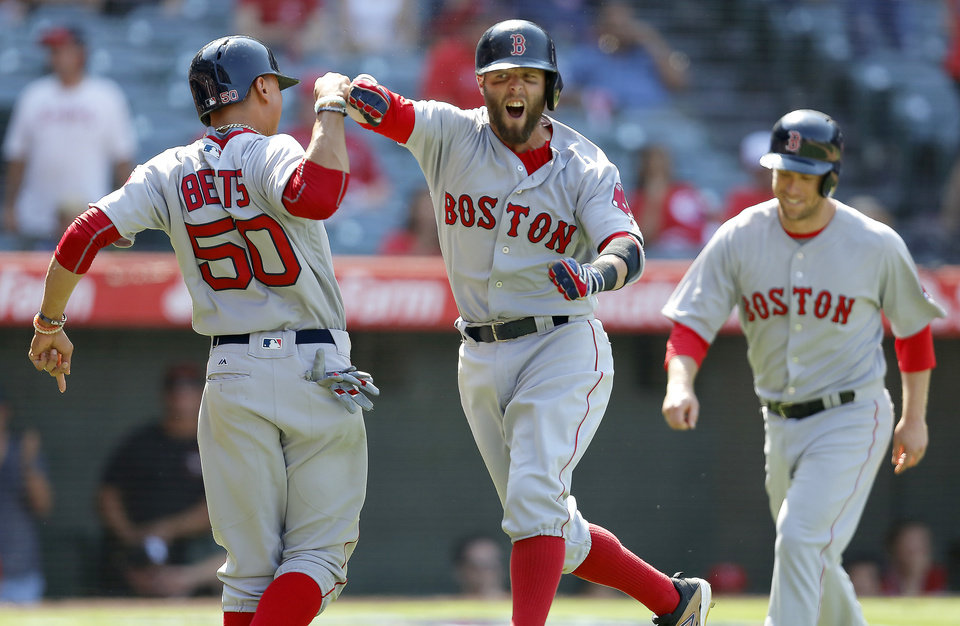 As last year had one extra day, it took us a bit longer to find baseball back in our lives. But, alas, mercifully, spring training is upon us. And how sweet it is. Spring Training. Could there be a more poetic and nostalgic two-word combination in the English language? Probably, but it’s close, no matter what those other two words might be. We now live in a post-Cubs-World-Series universe. It took from before the Titanic sank, to around the time the iPhone 7 was announced, but it finally happened. And a Shia Labeouf-like dream, became reality.

Meanwhile, in Boston, this guy named David Ortiz, who used to be the designated-hitter for the Sox, ended his legendary career with a flourish that would make the word flourish require a more impactful meaning. Papi’s absence will be felt in the batter’s box, as much as in the clubhouse, as in fact, the minds of his former teammates.

The Sox are rife with, dangerous, blossoming talent. Names like Xander Bogaerts, Jackie Bradley Jr., and the loquacious Andrew Benintendi, just to barely scratch the surface. I have something of a “love/hate” relationship with Dave Dombrowski, as a Tigers fan, I enjoyed a level of success during his tenure in Detroit I didn’t realize was plausible as a kid.

DD has a knack for acquiring known commodity talent at the expense of developing farm system talent, because, he likes marquee surnames. Newly-injured David Price, Hanley Ramirez, Chris Sale… You get my point. But, while blockbuster talent fills seats on bobble-head night, it doesn’t ensure rings. With Chicago’s North-siders primed to repeat, a legitimate challenge from not just the Red Sox, but any contender in either the National or American League, will take unrelenting leadership. John Farrell is all too aware that Mookie Betts fleet-footed ways, and .286 batting average will not alone suffice. What’s that one term? X-factor? Oh yeah.

Who will emerge as the new central nervous system, and backbone of the team? And, when that moment comes, will it be in time for the squad to make a serious run at or through the postseason? An amalgam of youth and veterans, is a substantial asset for the Sox, but not only did Ortiz help sustain the team’s edge, he hit like a man possessed. Most ball players would sell their soul twice, for a shot at having a final season like Ortiz had. Making contact with a baseball is hard enough as it is, and in this town, the hopes and dreams of an entire city compound on to the weight of the barrel of the bat.

The Sox second baseman, who is the best and only player in the majors named Dustin Pedroia, is the defacto leader of the team. He can flash the leather, go opposite field, and most paramount of all, he understands the team’s culture. It doesn’t take Pedro Gomez to know that some of the most influential voices in the organization, must be the dudes who only see at-bats during interleague, and the World Series.

The Sox new rotation, is three fifths the Tigers old rotation, one that was squandered, for the most part. They must speak volumes on the mound, and in the dugout. With big names, come reputations and expectations. You damn well better uphold both if you want a friendly player introduction.

With an ERA of 3.99, and 17 wins, the Price was right only some of the time. If Rick Porcello can bring his 2016 arm, and 22-4 record with him to 2017, the Sox could go a long way towards setting up what would be beyond an epic, earth-shattering date in the Fall Classic, with the Cubs. If they can get by a charged-up Indians club, denied the crown in 2016 by history, and a mythological, 17-minute rain delay. So, Boston would do well to find a guy to take the reins. To that end, Dombrowski will need to strike a balance between collecting A-listers, and building chemistry. In 2017, Major League Baseball will be as wild as anything you’re likely to find in the animal kingdom, filled with Pandas, Cubs, Indians, and maybe even a couple of Tigers.

For Boston, the formula is simple: replace one of the most prolific offensive players in the history of the game, with a heart to match, and everything should be fine. In reality, the personnel are there, it’s just a matter of who wants it most.

Of course, isn’t part of you just pleased that we get to talk about these things again? You’ll get to buy a brand-new copy of “MLB The Show”, drink expensive beer, and, you’ll get to do it at least one-hudred-sixty-two times. First pitch comes across home plate on April 3rd, versus the Pirates, and while there are a myriad of mysteries to unfold, the ride should be more than just marginally enjoyable. Let’s go.