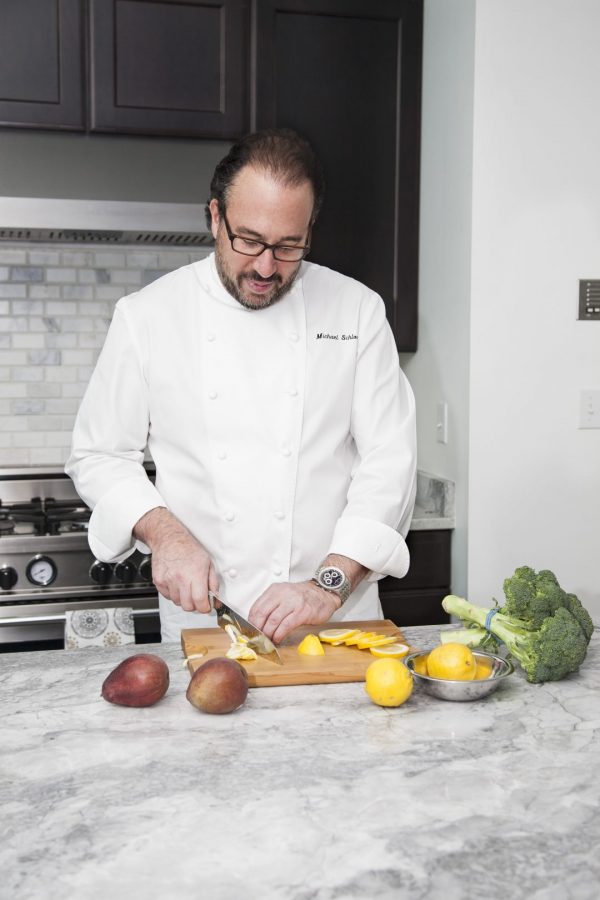 Alta Strada will be located in Terminal A, after security, and it will be open for breakfast, lunch and dinner. The scheduled opening date is next week, Tuesday, March 10th and it will be both a full-service restaurant with a grab-and-go component next door.
The full-service menu will include everything from his signature Mimi’s Meatballs, a variety of pizzas, fresh pasta like the Rigatoni with Spicy Fennel Sausage Ragu, and sandwiches and burgers like the crispy chicken parm and the Alta Strada Burger.  There will also be a selection of entrees, like the Chicken Milanese and salmon with pesto and white beans.
For the Grab-and-Go component, travelers can enjoy sandwiches like the Caprese Sandwich, Hummus and Grilled Vegetable Sandwich and a Turkey and Avocado with Provolone Sandwich. There will be a selection of Salads and Bowls like the Kitchen Sink Salad and a Grilled Chicken Caesar. There will also be a salumi and cheese snack pack for those wanting something fast.
For Breakfast, there will be Avocado Toast with Schlow’s special twist, breakfast sandwiches, omelets, and granola, fresh fruit and yogurt. There will also be a breakfast pizza on the menu.
About Michael Schlow:  With restaurants spanning the country, Michael Schlow is one of the most influential and respected chef/restaurateurs in America today. His ability to capture a variety of global cuisines and techniques has led to appearances on The Tonight Show with Jimmy Fallon, Bravo’s Top Chef Masters, The Today Show, Good Morning America, The Rachel Ray Show, CBS This Morning, Nightline, Dr. Oz and The Food Network.
He’s been the recipient of many awards including being named “Best Chef in the Northeast” by the James Beard Foundation, “Best Chef in the Country” by Sante Magazine, as well as the “Culinary Award of Excellence” given out by Robert Mondavi to only 6 recipients a year.
Chef Michael Schlow has created an impressive list of successful restaurant concepts. His Schlow Restaurant Group also includes Alta Strada in MA, DC, VA, and CT; Tico in Boston and in DC; Casolare in DC; Cavatina in Los Angeles; Nama in DC and The Riggsby in DC. Click here for more information on Michael Schlow and his restaurants.