ELECTRIFYING 30-DATE STADIUM TOUR SET FOR NORTH AMERICA & EUROPE TO KICK OFF MAY 27, 2022 IN FRANKFURT, GERMANY

THE TOUR STOPS AT GILLETTE STADIUM IN FOXBORO THURSDAY, JULY 28, 2022 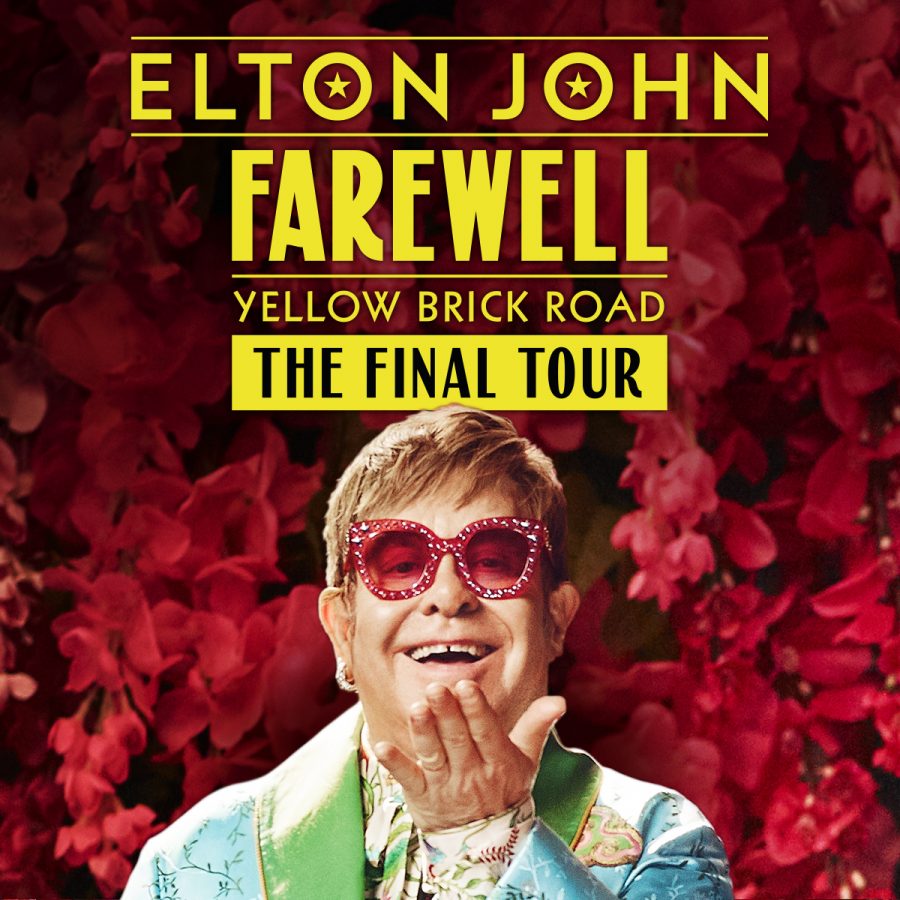 “As a thank you, he’s giving the fans exactly what they could want in a final hurrah: some of his all-time biggest hits played with his classic gusto and draped in glitz.” – Billboard
“Elton John’s set on this tour is a beautifully curated trip through his golden era, with enough deep cuts to keep the musicians and veteran fans on their toes, yet so packed with hits that he’d reeled off ‘Bennie and the Jets,’ ‘Tiny Dancer,’ ‘I Guess That’s Why They Call It the Blues,’ ‘Border Song’ and ‘Philadelphia Freedom’ in the first half hour — and he’d barely scraped the surface.” – Variety 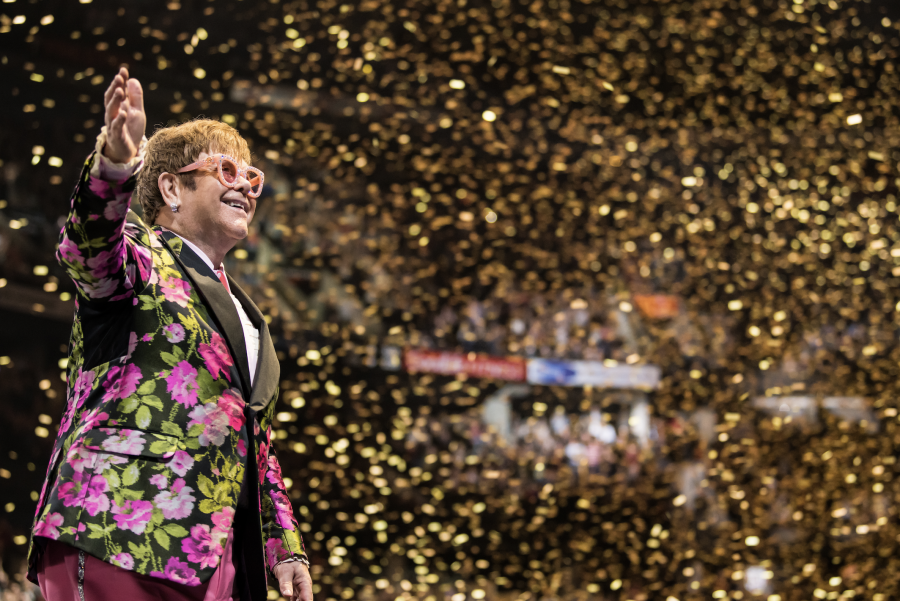 It is with great excitement that Elton John announces the final dates for his award-winning Elton John Farewell Yellow Brick Road: The Final Tour in North America and Europe. Elton will conclude his world-famous tour at major stadiums which will kick off on May 27, 2022 in Frankfurt. The Final Tour will make stops in Europe in major cities such as Milan, Liverpool, and Paris. Elton will then travel across the pond to take his final bow in North America, playing in major cities including Vancouver, Toronto, East Rutherford, Chicago and more. The North American stadium run will kick off at Citizens Bank Park in Philadelphia on July 15, 2022 before concluding with back-to-back performances at Dodger Stadium in Los Angeles on November 19 and 20, 2022 — commemorating his iconic performance at the historic venue in October 1975. 2023 kicks off with two shows in Auckland New Zealand on January 27 and 28, followed by soon-to-be-announced dates in Australia before the epic 4-year tour formally concludes there later that year. Please visit www.EltonJohn.com
Announcing the final dates of his tour on social media, Elton John said, “Hello, all you wonderful fans out there. I’m coming to you today with an announcement I’ve been working towards for, well, all my life: the shows that I announce today will be my final tour dates ever in North America and Europe. I’m going to go out in the biggest possible way, performing at my very best, with the most spectacular production I’ve ever had, playing in places that have meant so much to me throughout my career. Whether it’s next summer in Frankfurt or at the legendary Dodger Stadium for the grand finale in the United States, I can’t wait to see you all on the road one last time. This has been an incredible tour so far, full of the most amazing highs, and I look forward to making more wonderful memories with you at these final shows. To all my friends down under, We’ll be seeing you too. Thank you and I look forward to seeing you in your town.”
For the US, Canada and UK dates, American Express® Card Members can purchase tickets before the general public. Presale details are included in the tour routing below.
Public on-sales begin Tuesday, June 29 in Europe and Wednesday, June 30 in North America.
Ahead of the stadium run, Elton will mark his return to the stage this Fall in Europe on September 1st at the Mercedes- Benz Arena in Berlin, then later to North America on January 19, 2022 at the Smoothie King Center in New Orleans.  More details on the previously announced arenas dates on sale now are available on www.EltonJohn.com/Tours.
Recently winning the 2021 iHeartRadio “Golden Icon” Award, the tour has also received top accolades including the 2020 iHeartRadio Music Award for “Tour Of The Year,” 2020 Pollstar “Major Tour of the Year” and the 2019 Billboard Music Award for the “Top Rock Tour.” The Elton John Farewell Yellow Brick Road Tour kicked off to a sold-out crowd on September 8, 2018 and has since received rave reviews around the world. The critically acclaimed show takes the audience on a magical journey through his incredible 50-year career with never-before-seen-photos and videos, all set to the tune of some of Elton’s most beloved songs from his legendary catalog including, “Bennie and the Jets,” “Rocket Man,” “Tiny Dancer,” and “Philadelphia Freedom.”
ELTON JOHN FAREWELL YELLOW BRICK ROAD THE FINAL TOUR North American dates are as follows:

For more information or to purchase tickets and VIP packages, please visit EltonJohn.com. These exclusive VIP offers can include premium tickets, on-stage photo opportunities at Elton John’s piano, backstage tours, limited-edition lithographs, custom merchandise, and much more.
ABOUT ELTON JOHN:  Elton’s career achievements to date are unsurpassed in their breadth and longevity as the number 1 top-performing solo male artist. Elton is one of the top-selling solo artists of all time, with 1 diamond, 38 platinum or multi-platinum, and 26 gold albums, over 50 Top 40 hits, and he has sold more than 300 million records worldwide. He holds the record for the biggest-selling single of all time, “Candle in the Wind 1997”, which sold over 33 million copies. ‘Diamonds’ the Ultimate Greatest Hits album, reached the Top 5 of the UK album charts on its release in November 2017, becoming Elton’s 40th UK Top 40 album in the process. This release celebrated 50 years of his songwriting partnership with Bernie Taupin. August 2018 saw Elton named as the most successful male solo artist in Billboard Hot 100 chart history, having logged 67 entries, including nine No. 1s and 27 Top 10s.
Elton announced the ‘Farewell Yellow Brick Road’ tour at New York’s Gotham Hall in January 2018. Encompassing 5 continents and over 350 dates, this 3-year-long tour started in September 2018 and marks his retirement from touring after more than 50 years on the road. In May 2019, it was named Billboard’s Top Rock Tour. To date, Elton has delivered more than 4,000 performances in more than 80 countries since launching his first tour in 1970.
2019 saw the release of ‘Rocketman’ to great critical and commercial success with nearly $200 million at the box office, a fantasy musical motion picture of his life, which has won an Academy Award and two Golden Globe Awards, including Best Original Song. Plus, his much-anticipated autobiography Me, which was released on October 15, 2019.
Among the many awards and honors bestowed upon him are; six GRAMMYs, including a GRAMMY Legend Award, a TONY, two OSCARS, two Golden Globe Awards, a Best British Male Artist BRIT Award, induction into the Rock and Roll Hall of Fame, and the Songwriters Hall of Fame, the Kennedy Center Honor, Legend of Live Award, 13 Ivor Novello Awards between 1973 and 2001and a knighthood from HM Queen Elizabeth II for “services to music and charitable services.” In 2019, HM Queen Elizabeth II awarded him the “Companion of Honour,” a prestigious award given only to those who have made major contributions in arts, science, medicine, or government. Elton John became one of only 65 people who can hold this honor at one time.
In 1992, Elton established the Elton John AIDS Foundation, which today is one of the leading non-profit HIV/AIDS organizations and has raised over $450 million to date in the global fight against HIV/AIDS. In June 2019, President Emmanuel Macron presented Elton the Légion d’Honneur, France’s highest award, for his lifetime contribution to the arts and the fight against HIV/AIDS.