Lil Dicky at Big Night Live: Viral rapper Lil Dicky has spent the past decade writing college party songs and collaborating with stars like Justin Bieber, Snoop Dogg, and Ariana Grande. How do you close out a decade like that?  Headlining at what Forbes magazine is calling one of the most entertaining New Year’s Eves in the country. Little Dicky will close out the decade headlining at Boston’s newest live music venue – Big Night Live’s first New Year’s Eve celebration. To sweeten the deal, Big Night Live is currently offering a buy three get one free ticket deal. Click here for tickets! 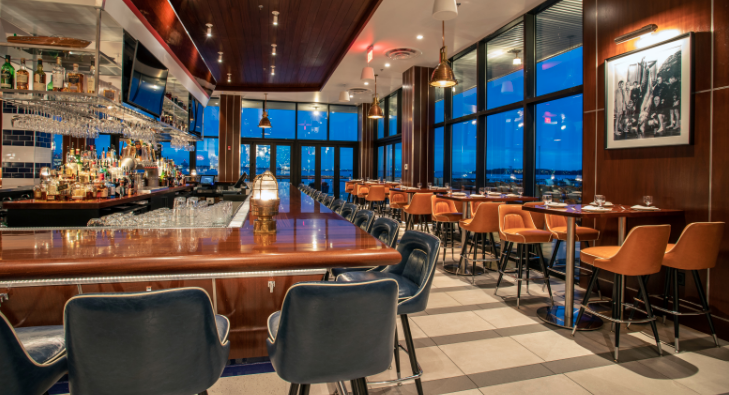 NYE Cocktail Party at Reel House Marina Bay: If you’ve been to the Reel House Marina Bay, you know that this venue boasts one of the most stunning views of Boston from across Boston Harbor that exists – second only to Reel House East Boston, which views Boston directly across the harbor.  So you know you’re in for one spectacular view of the midnight fireworks from this location.  Tickets are reasonably priced at $50 per person, an $80 up charge will score you a booth for four people that includes a bottle of bubbly at midnight.  Admission includes raw bar boat display with freshly shucked oysters & cocktail shrimp, passed appetizers & bar bites, champagne toast, party favors, top 40 & dance music & live ball drop on flat screens.  Based on their description, food will go quickly and is only being served from 8 to 10pm so arrive fashionably early.  Snag your tickets now. 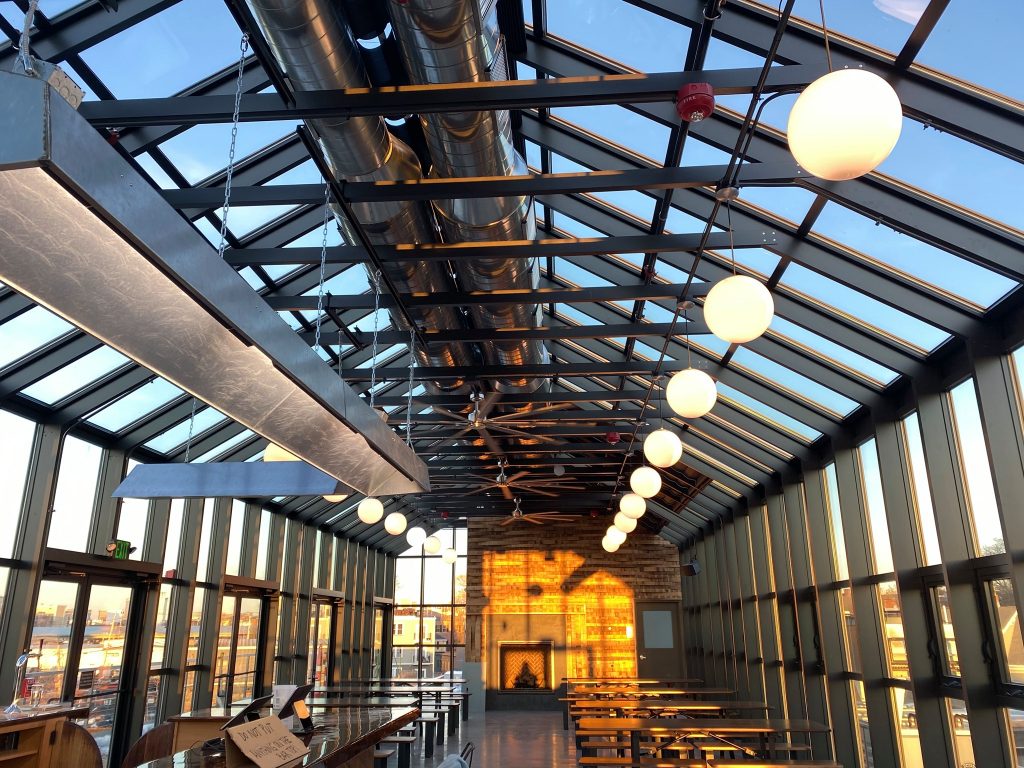 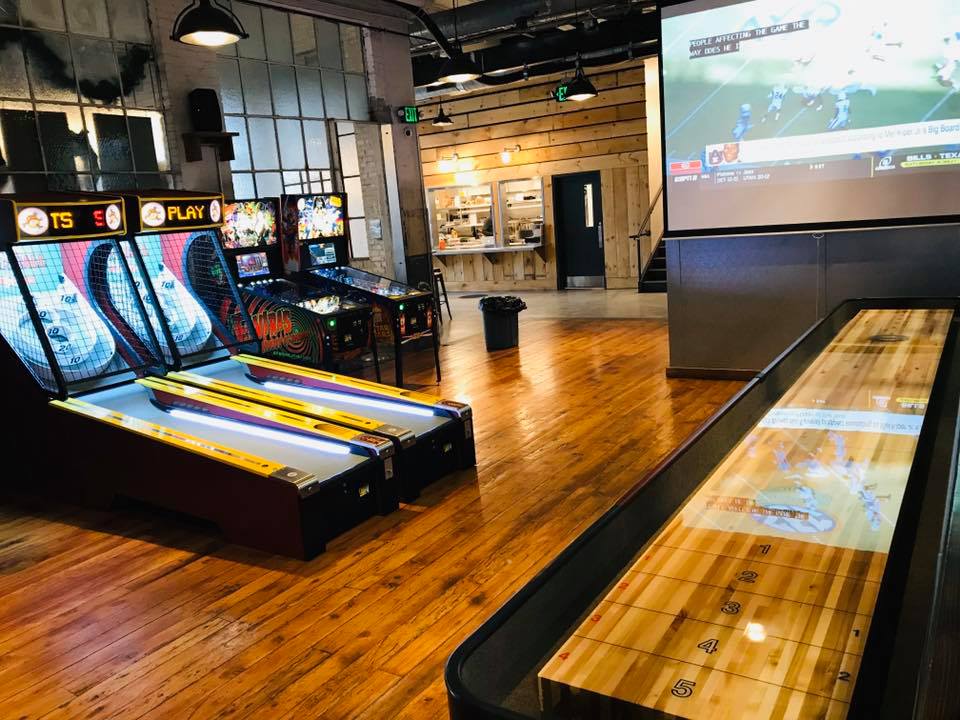 Here’s what they have on tap for NYE: ALL DAY: New DBco beer release, a super dry reduced gluten sour; 4:30pm-10pm: M&M Ribs will be on-site serving up their delicious food, with a sneak peak at their new menu; 7-9pm: Live music from Bertrand Laurence, 8pm: Joey Mars will be on-site with a live painting, 8pm: 3D Printer with FAB Beer (their new brewing partner out of Somerville) printing the FAB logo balloon, 8pm: Drone photography, 9pm: DJ Jaz will help count down to ring in the New Year, 11:30pm: Complimentary snacks passed from M&M Ribs.  Click here for details. 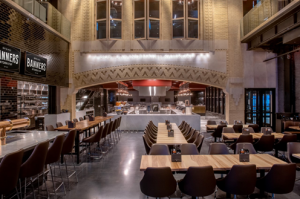 Banners Kitchen & Tap:  This New Year’s Eve, join Banners Kitchen & Tap as they pay homage to the past while forging ahead into the future – mixing old school tunes & treats with new school entertainment and energy. Guests will be able to tune into NYE celebrations around the world on their 40ft large screen TV, as well as 50+ other TVs, enjoy decadent buffet stations and a surprise WOW moment as the clock strikes midnight. General admission is $75 and includes a complimentary glass of champagne. Click here for tickets. 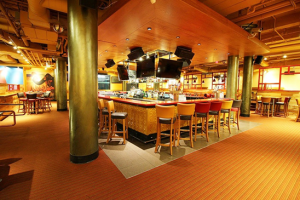 Game On Fenway:  Ring in the New Year next to Fenway Park at Game On Fenway! Tickets are $40 and include a champagne toast, ballpark food buffet, all night entertainment featuring BearFight and DJ Shawn Stacks, access to exclusive ping pong suites, drink specials and more. The party runs 9:00PM to 2:00AM. Click here for more details. 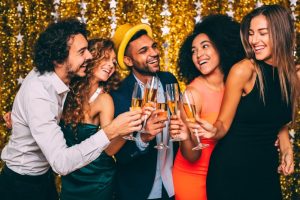 Boston Park Plaza: Ring in 2020 at the Boston Park Plaza’s Third Annual “Party at the Plaza.” This festive celebration at Off The Common at Park Plaza includes music by DJ Jimmie Espo, a jumbo-tron countdown, balloon drop at midnight, Taittinger Champagne, Grey Goose, bar bites and more from 9 p.m. to 1 a.m. Really feel like kicking up your heels?  Spend the night at Park Plaza, their NYE rates are super reasonable and it’s always a good idea to party and sleep at one location!  Click here for details. 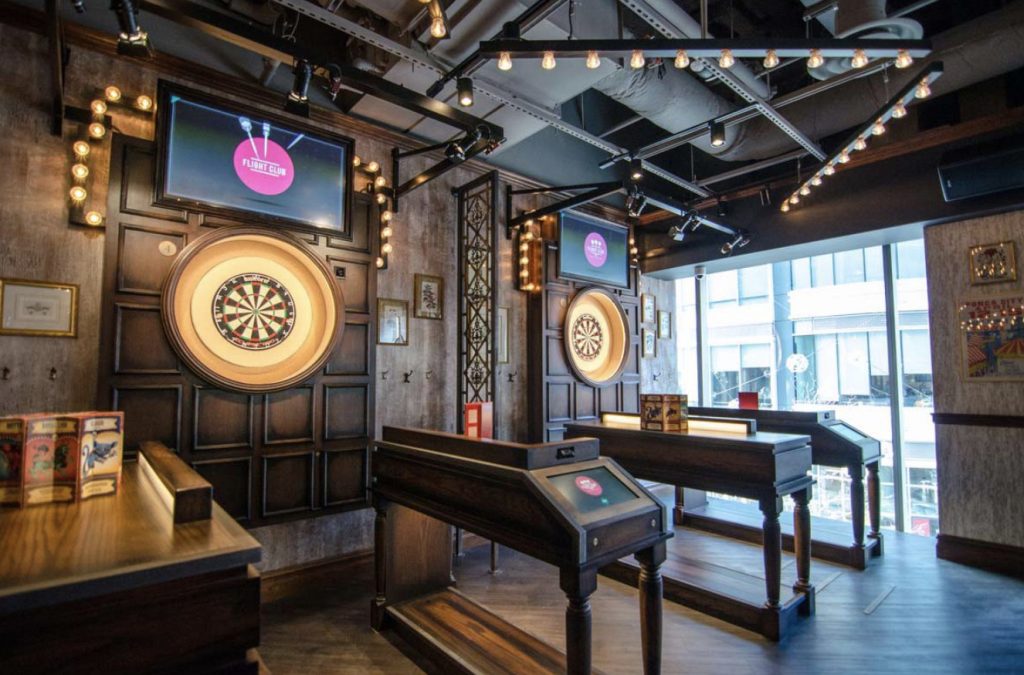 Flight Club Boston:  After a hectic grand opening in Boston’s Seaport, Flight Club Boston is now focusing their attention on making sure you hit the “bullseye” this New Year’s Eve.  Flight Club offers a super-charged social gaming experience like no other, with multi-player games set in semi-private playing areas, housed in a breath-taking bar, serving delicious food and amazing botanical-based cocktails. The heritage of darts lies in British pubs and fairgrounds, Flight Club has taken this game and developed innovative technology which means that groups from 6-400 can play at the same time. 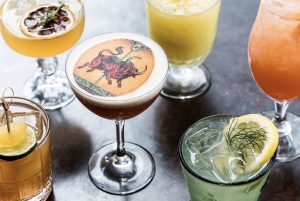 Flight Club is taking NYE reservations with their regular pricing of $40 for 1 hour of oche time for groups up to 12. They’re also offering a special food pairing, including two glasses of Piper champagne and a dozen oysters for $40. To book, call 617-855-9888 or email reservations.boston@flightclubdartsusa.com to book. 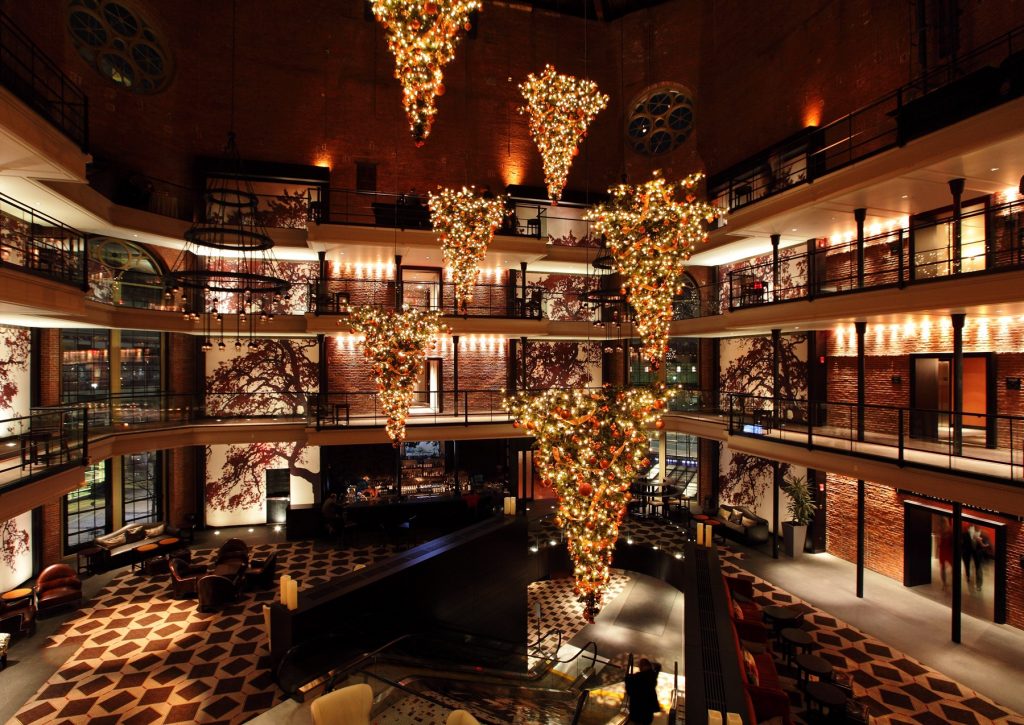 Clink at Liberty Hotel:  Break your resolutions early at “Burlesque” – one of Boston’s largest New Year’s Eve Party! Ring in 2020 with DJ Frank White, DJ Bobby Bangers and DJ Joshua Carl, dancing, and live performances throughout the night from the Boston Circus Guild on all levels of The Liberty! Doors open at 8pm; light buffet included until 11pm. 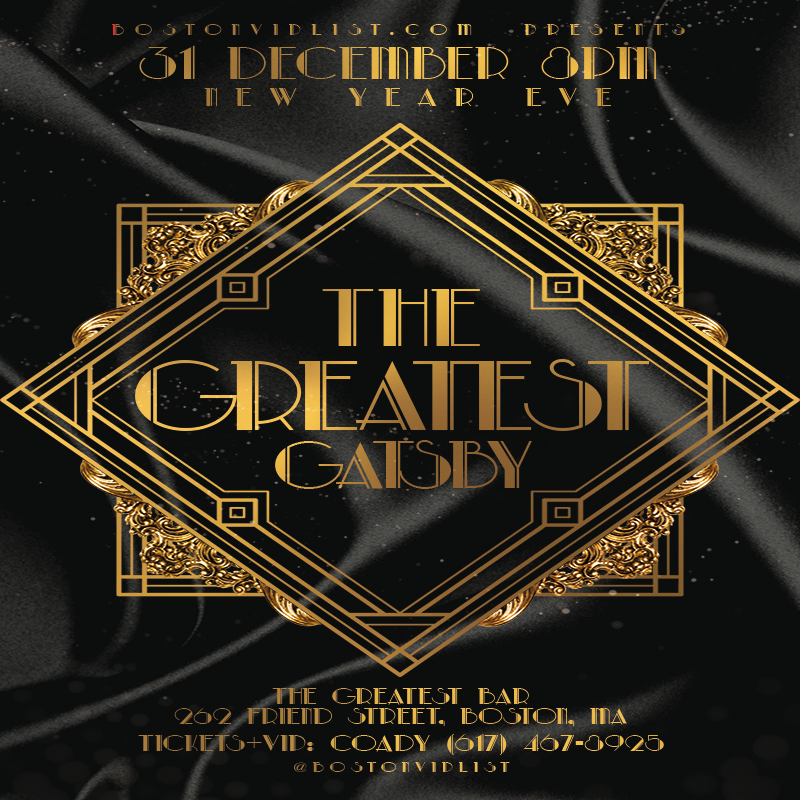 The Greatest Bar: The tempo of the city had changed.  The parties were bigger.  The morals were looser.  The liquor was cheaper.  And the restlessness approached hysteria.  “Who is he?”  I demanded.  “Do you know?”  “He’s just a man named Gatsby.”  Whisper the password and enter the secret world of a speakeasy. 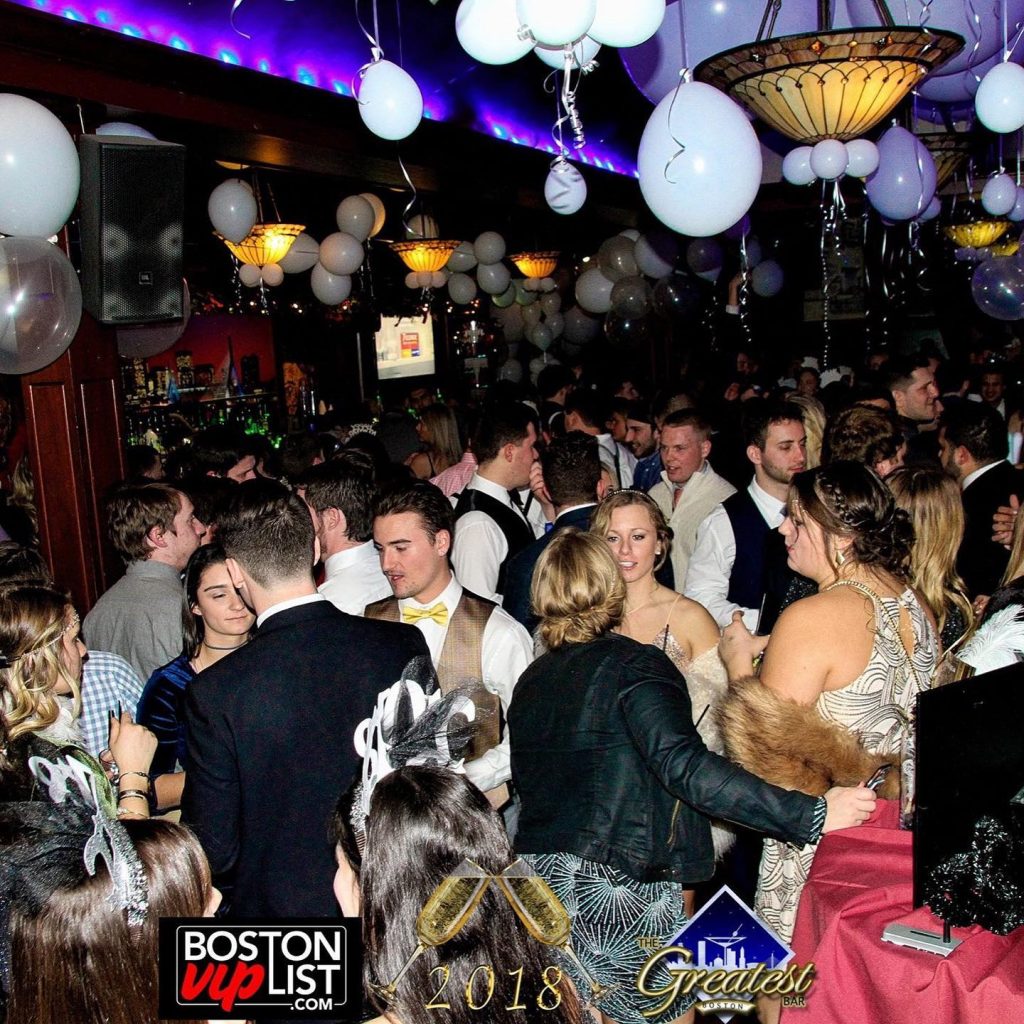 Come as a flapper or come as you are.  Join in on this New Year’s Eve Roaring ’20s themed bash at The Greatest Bar, 8pm sharp, for a soiree that celebrates everything timeless and glamorous.  Will you find your Gatsby?  Mansion doors open at 8PM. Click here for tickets. 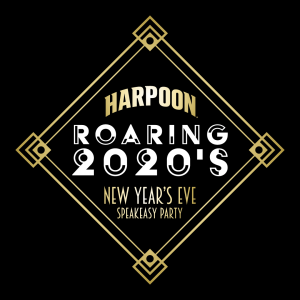 Harpoon Brewery – Heading into 2020, why not ring in the New Year at Harpoon’s Roaring 20’s themed Speakeasy party. Be transported back to the prohibition era. The only difference is, they’ll be celebrating with Harpoon’s best beers! Dress in your best 20’s attire … feather boa, anyone? They’ll have DJ Brian Smith spinning smooth jazz and all of your favorite hits. Plus, they have some of the best views in the city to watch the fireworks.
Tickets are $80 and include: Two beer tokens and an Arctic Summer flute upon arrival, One pretzel token, Appetizer-style buffet, An hour of open catwalks, Music from DJ Brian Smith, Ball Drop viewing on the big screen and a take home gift from Harpoon.  Get tickets here! 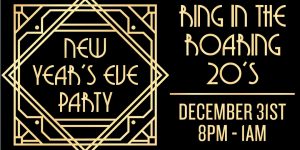 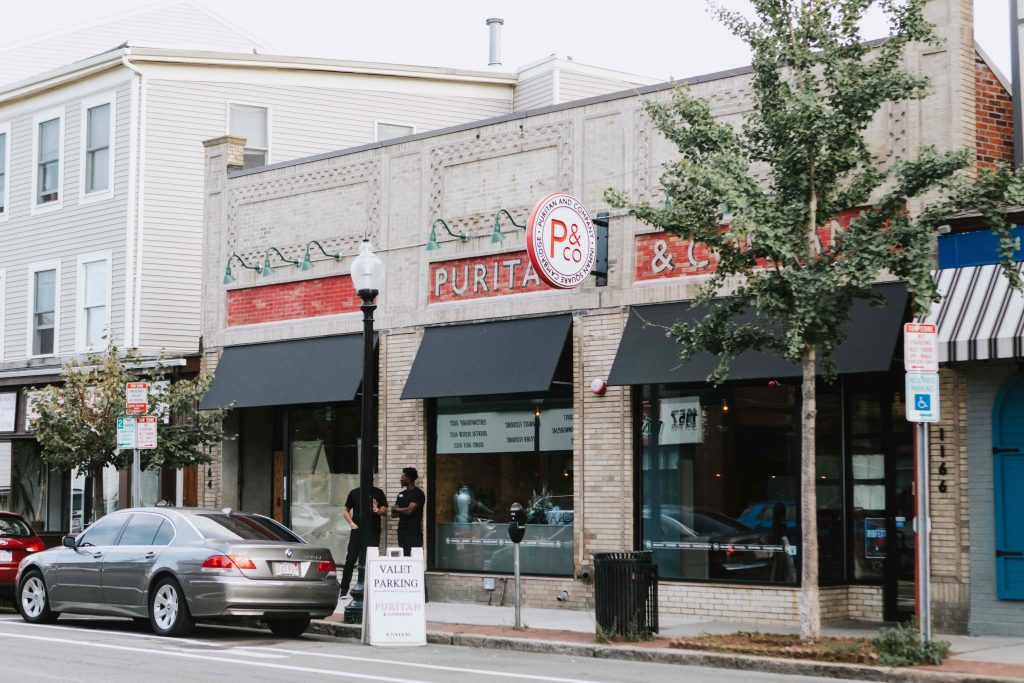 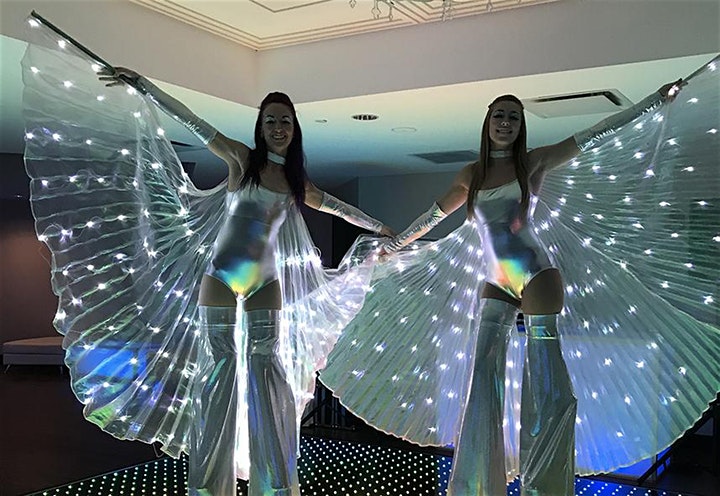 Time Out Market Boston:  Time Out Market Boston is hosting a 2020 Electric Circus New Year’s Eve Celebration with DJs, Cirque, Drag Performances, Interactive Arts and, of course, the Best Chefs in the City Under One Roof! ‘2020 Electric Circus’ celebrates the turn of a decade with interactive arts across the market’s 25,000 square feet. DJs Noise Artistry and Char(7) will be spinning all night and there will be exhilarating circus performances and drag shows. 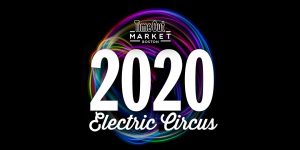 The highlight of this New Year’s Eve fete will be Time Out Market Boston’s all-star chefs and restaurateurs serving one-night-only culinary creations. When the ball drops at midnight, all guests will receive a complimentary sparkling toast. New winter cocktails will also be on the menu: Smoke Show (Xicuru mezcal, Cynar, cinnamon, apple cider and orange bitters), Cinn-er or Saint (Sagamore rye, cinnamon, maple, lemon and angostura bitters) and Chai Roller (chai infused Jack Daniels, persimmon puree, lemon) bring seasonal and warming flavors together to ring in the new year. Ticket are $85 and includes: $50 Time Out Market Card to enjoy the 15 best-of-the-city eateries, all entertainment, special, exclusive, one-night-only culinary surprises the at Market eateries, and a Sparkling Toast at Midnight! Click here for details. 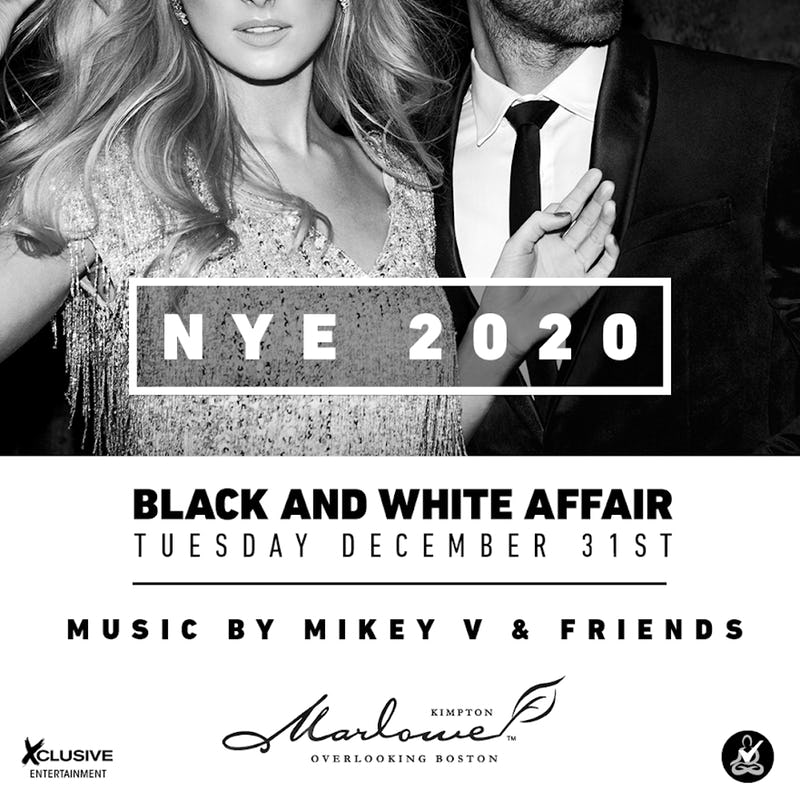 Hotel Marlowe: Dress to impress at the second annual Black and White affair at the Hotel Marlowe overlooking downtown Boston! 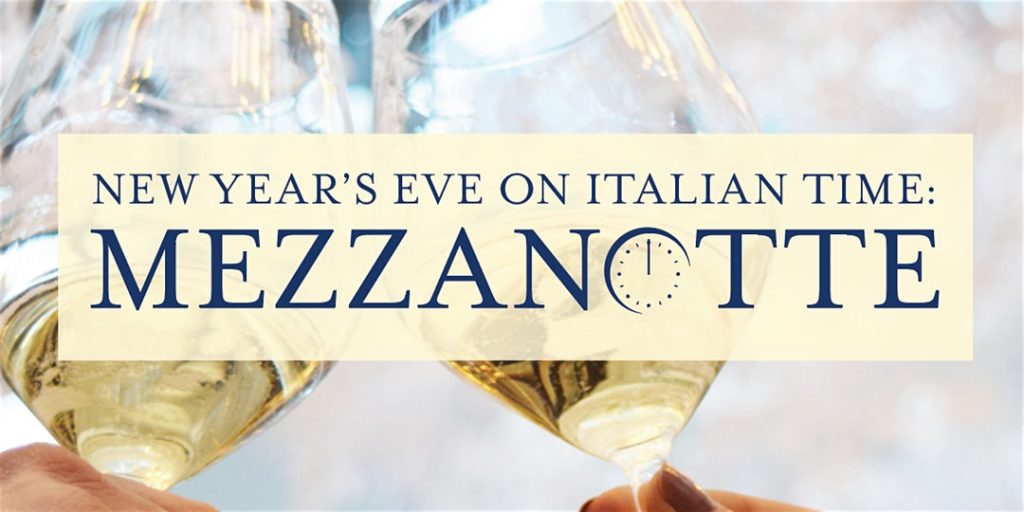 Eataly:  Ring in the New Year early at Eataly – on Italian time! On December 31 from 3 – 7 p.m. (two available time slots), kick off your New Year’s Eve festivities at “Eataly’s Mezzanotte: New Year’s Eve on Italian Time!”  Eataly is already a food-lover’s paradise, but they’re stepping up their game for the last day of 2019 and celebrating the Italian New Year with a grand storewide tasting celebration! For the first time ever, party-goers will have all-access to a variety of Eataly favorites like hand-pulled mozzarella, Island Creek Oysters, sweet-and-salty slices of prosciutto, freshly-baked Roman-style pizza alla pala, sweet panettone (a symbol of good luck for the New Year!), savory cotechino with lentils (an Italian New Year’s Eve tradition), fresh handmade pasta, and more. And because an Eataly party is incomplete without wine, they’ll keep your glasses full with an array of Italian vino stations across the store! Throughout the evening, guests will stroll through Eataly and enjoy tastings as their cheesemongers, vino experts, and chefs explain the fascinating stories behind each mouthwatering offer. At 6 p.m., gather in La Piazza and ring in the New Year in Italy with a sparkling toast! Click here to celebrate early. 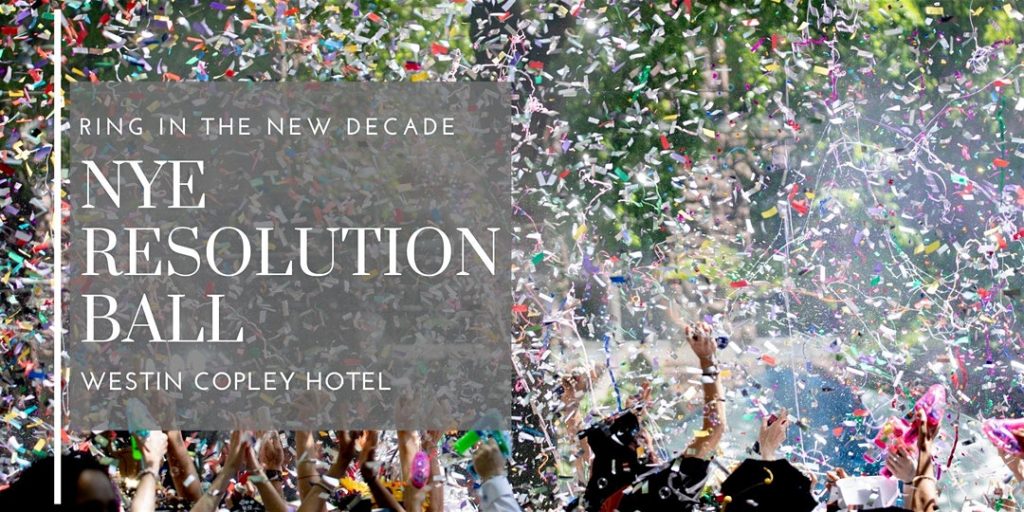 WESTIN COPLEY HOTEL – NEW YEAR’S EVEN RESOLUTION BALL: Dress up in style for this black tie optional event and get advanced party favors including complimentary tiaras and party hats. Those improperly dressed will be turned away. Come early for the Italian inspired dinner stations or Tuscan Table appetizer reception both themed like Boston’s North End. Or come fashionably late for DJ Peter mixing your favorite tunes from 90s, 00s and today’s top dance music and plenty of cash bars with all the options from beer and wine to champagne and cocktails. The event also serves as a charity fundraiser for The Ellie Fund, which supports breast cancer patients.  Their silent auction includes: signed New England Patriot Kyle Van Noy print, Red Sox baseball signed by Christian Vazquez,  overnight trip to New York for professional photographs,  and other luxury items!  Click here for details. 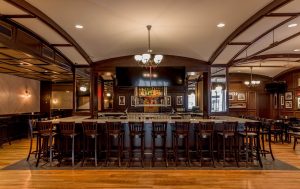 MJ O’Connor’s:  MJ’s has you covered this New Year’s Eve! From 9pm – 2am, Bostonians can join MJ’s for a night of dancing to a DJ, party favors, and a classic champagne toast. They’re keeping things simple and NOT offering pre-sale tickets for their event – tickets are only available at the door for $20. Click here.

Abe & Louie’s:  Close out 2019 at one of Boston’s most classic and classy venues,. with a decadent meal and ring in the roaring 20s. Closing at 11pm on December 31st, dinner at Abe & Louie’s is the perfect pre-night out or in, with a delicious selection of steak, wine, and more. You will be ending the decade on a high note, whether you go out after or hit the hay before the ball drops! Click here for details. 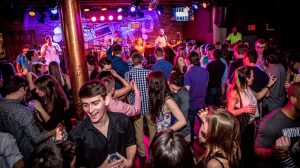