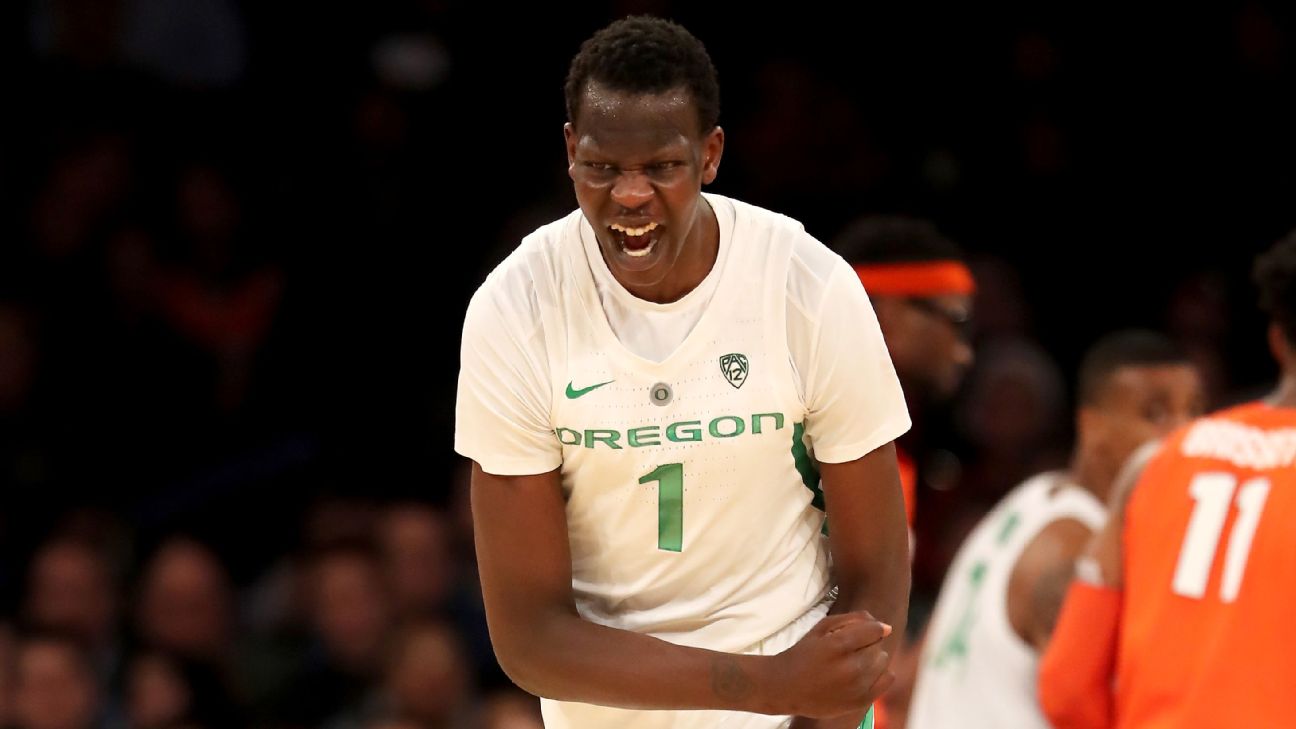 With Kyrie Irving opting out and Anthony Davis finally getting traded to the Lakers, the Celtics head into this offseason with a lot of decisions to make. Unless Al Horford restructures his deal, Boston doesn’t have the cap room to make a big splash in free agency. The Celtics three first round picks in this year’s NBA draft are more important than ever now that there is no chance of getting Davis. The main consensus is that the draft is top heavy, but there’s definitely plenty of talent throughout the first round for the Celtics to choose from. Let’s take a look at some of the best options for each pick. 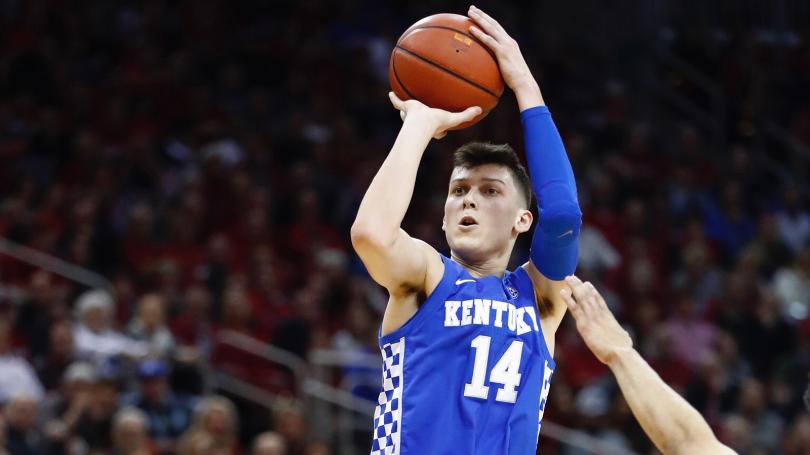 If Tyler Herro can do one thing, it’s that he can shoot the ball. He has picture perfect shooting form and shot 35 percent from Three and an outrageous 93 percent from the free throw line. He also has shown some off the dribble ability and commitment to playing on defense. His most important attribute however is his shooting. Herro has the ability to come in right away and become a catch and shoot player, someone who the Celtics missed last season. Yes Irving and Marcus Morris could shoot, but they didn’t have a guy who could run off screens, spot up, and nail a three without a dribble. Herro has other skills, but his marksmanship could get him into the rotation right away for the Celtics. 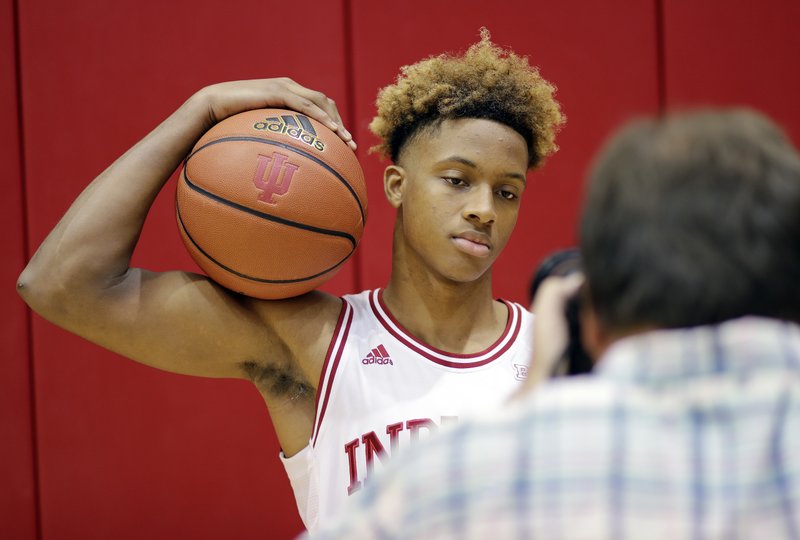 If the Celtics draft Romeo Langford, Brad Stevens would dive deeper into a position-less lineup. Like Brown, Tatum, and Hayward, Langford could slide between the small forward and shooting guard positions. Though he is a little small for the small forward at 6’6″, he has a wingspan of 6’11″ that can make up for his lack of height. While he might not as good of a shooter as Herro, he’s one of the best finishers in the draft, making over 60 percent of his drives last season. Indiana had an easy schedule however, and still didn’t make the tournament, so scouts could look to blame Langford for the lack of success. Not making the tournament is not a big of a deal as it looks though, as elite players such as Damian Lillard, Klay Thompson, and Paul George never appeared in a tournament game. What is concerning is his inconsistency against good competition. There were games that Langford looked like a lottery pick, like against Wisconsin scoring 22 and grabbing 7 boards in a double overtime win, but there are times where he struggles, such as when he scored 13 points on 15 shots against Duke. Romeo could be a decent option for the Celtics to slot him as a role player with potential of coming a big contributor.

Best option for the No. 14 pick: Bol Bol, Oregon 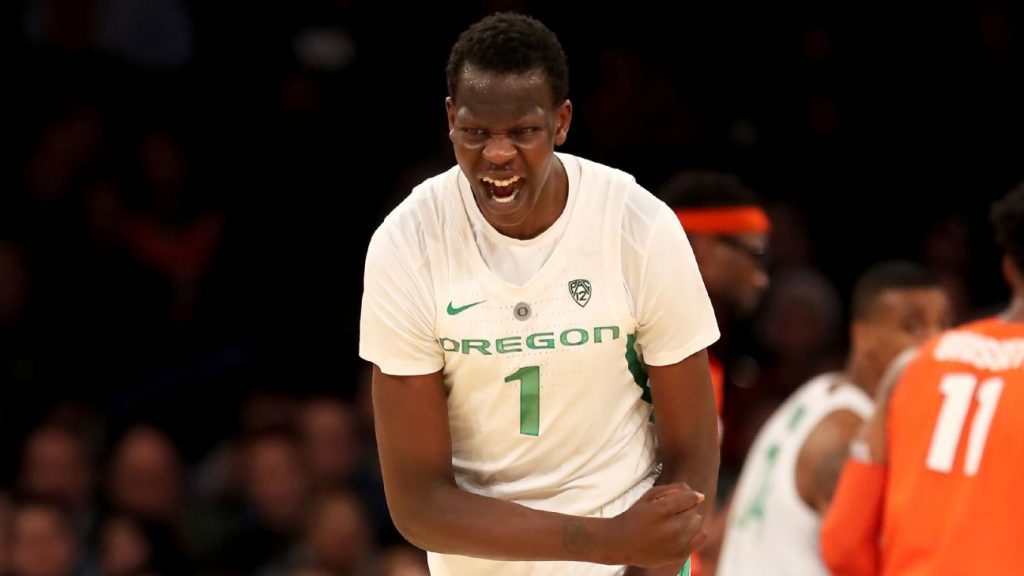 If there’s any player in this draft that qualifies as a boom or bust, it’s Bol Bol. The son of former block champion Manute Bol stands 7’3″ with a 7’7″ wingspan. Bol has great ball handling ability for someone his height, and is a player who is comfortable putting the ball on the floor in transition. He can even shoot the three ball whether of the dribble or catch and shoot. Through 9 games for Oregon, Bol averaged an insane 21 points, 9.7 rebounds, and 2.7 blocks while shooting 56 percent from the field and an incredible 52% from three. To put that in perspective he shot better than the best three point shooter in D1 by over 2 percentage points. It was a small sample size though, as Bol missed the rest of the season with a foot injury. These foot injuries, especially with big guys, could linger the rest of their career, this same type of injury caused Yao Ming to prematurely retire. While that causes concern among scouts, as it should be for teams trying to find their next star, the Celtics need to take a risk on him. Think of a core with Tatum, Brown, Smart, and a healthy Bol Bol. That lineup has potential to rule the East for years to come. There’s an insurance policy if the Bol experiment doesn’t work out either, as Robert Williams is still a raw talent entering his second year. The Celtics proved this year that they are still a piece or two away from winning Banner No. 18, and Bol Bol has the potential to make that dream a reality.

Third best option for the No. 20 and No. 22 pick, Carsen Edwards, Purdue

A beneficiary of a deep March Madness run, the Purdue Junior showed how skilled he was on the national stage. He averaged 34 points a game, and reached 40 points twice, one being against the eventual National champs Virginia. Edwards didn’t just get hot for the tournament, as all season he was Purdue’s best scorer as he averaged 24 points a game. Edwards is also just as comfortable without the ball that with it, as he is just as deadly running off screens. The problem with Edwards though is that the rest of his game is underdeveloped, particularly his playmaking. He is a score first player and doesn’t look to get his teammates involved with only a 14 percent assist percentage. That’s way too low for a point guard, and as he only stands 6’0″, he can’t really switch between guard spots. Edwards could be a good replacement for Terry Rozier when he makes his imminent departure from Boston, but he would need to almost always play with a defensive stalwart like Smart at the other guard position, as he could become too much of a liability on defense.

Second best option for the NO. 20 and No. 22 pick, Nic Claxton, Georgia

At the start of the draft process, the Georgia sophomore was an early second round pick at best, but he has been a consistent riser in the draft process. He excelled at the draft combine, measuring 6’11″ with a 7’2″ wingspan and a 36.5 inch vertical. Claxton is one of the best defensive prospects in the entire draft, leading the SEC in blocks and has shown the ability to switch onto perimeter players, on the offensive side he is a lot less polished, but has shown ball handling ability, as Georgia had him bring the ball up at times. He wasn’t afraid to shoot the three ball either, though he only shot 64 of them and had a 28 percent accuracy. Though those numbers seem poor, it represents how Claxton is not afraid to shoot and potentially evolve his game. Claxton can be considered a project player, even though on defense he is ready to make an immediate impact. He could excel right off the bat for the Celtics in a Daniel Theis type role, being used sparingly to play good defense and set screens. If the Celtics don’t pull the trigger on Bol Bol, there’s a good chance you could be seeing Nic Claxton in Green opening day.

Best option for the No. 20 and 22 pick, Rui Hachimura, Gonzaga

For all of the Celtics turmoil from this past season, they need players who will always put the team first, not many players in the draft show that more than Gonzaga forward Rui Hachimura. The Gonzaga Junior was the heart and soul for the Bulldogs, leading the team in points, usage percentage, points produced, and games played. Hachimura is an excellent size with a 7’2″ wingspan. He can play any position from small forward to center, which is essential in a positionless basketball era. While an average defender in college, he has the chance to develop into a player who can effectively guard all 5 positions due to his athleticism and strength. Offense is the name of his game however, as he is a versatile player who can push the ace in transition and bang down low in the post. He can see the floor well, finding the open man in both the halfcourt and transition. His three point shooting isn’t amazing, but has gotten better year to year, and shot 41 percent this past year. He has also shown that he can play against big time competition. He handed consensus first pick and LeBron 2.0 Zion Williamson his first collegiate loss in the finals of the Maui invitational. Hachimura showed he could play with NBA caliber players, scoring 22 points, 7 rebounds, 5 assists, and two blocks while being covered by future lottery picks. Hachimura could very well be the steal of the draft.

Shannon Fairweather - January 27, 2020
0
A 3 Step Guide to Graduating Early College, man. When it all started right out of high school, it all seemed so bright and shiny,...