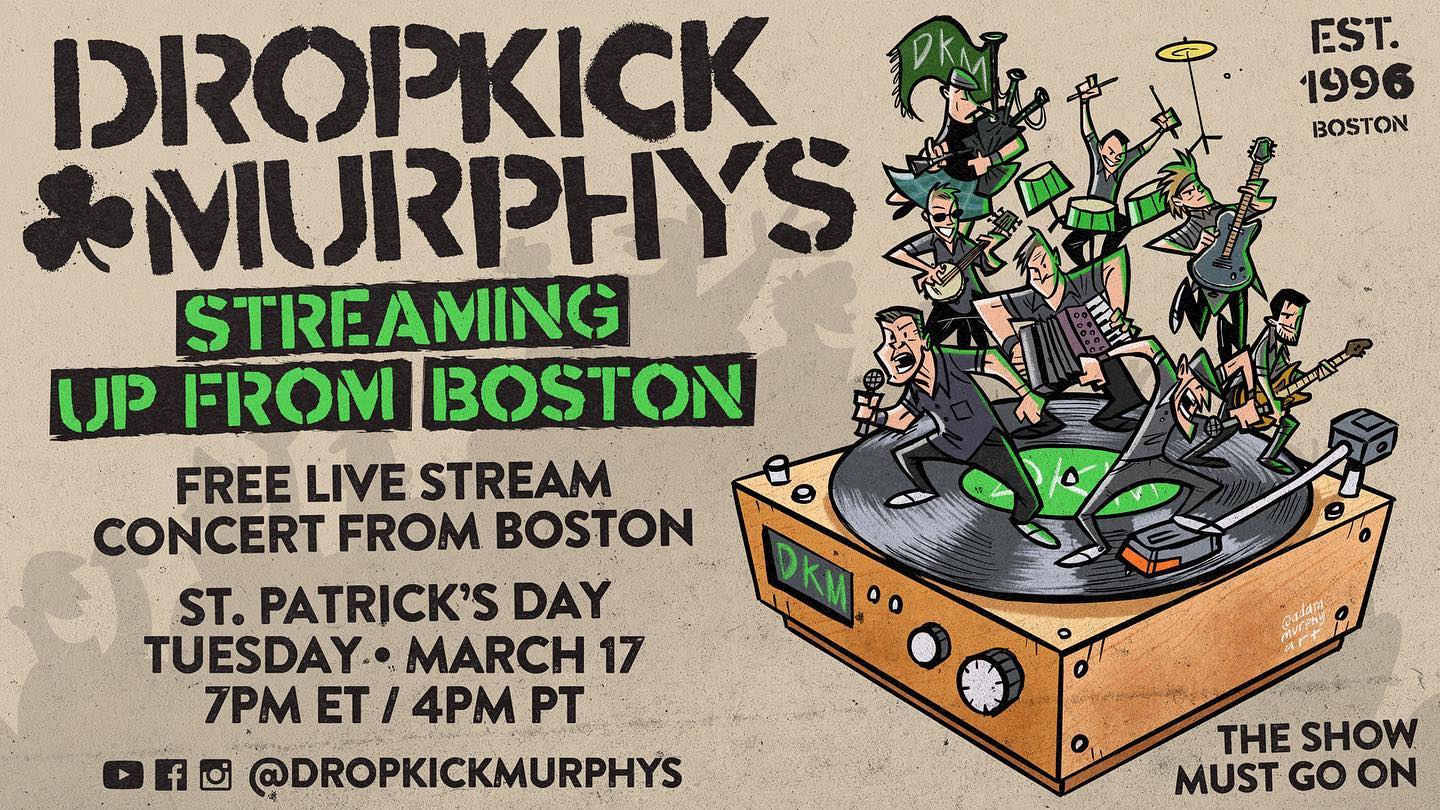 The Dropkick Murphys – arguably the most popular Boston band on St. Paddy’s Day – has announced that they will be performing a FREE LIVE concert online this Tuesday, March 17th.  In a message posted to Facebook, the band wrote, “We hope you and your families are doing well during this trying time … For the first time in 24 years, we are not playing on St. Patrick’s Day weekend. The current world situation is the ONLY thing that would ever stop us from doing so…So we came up with an idea we’re going to pull off this Tuesday – the night of St. Patrick’s Day. We’re going to bring a DKM LIVESTREAM CONCERT to EVERYONE – ALL OVER THE WORLD!!

This will be a FULL CONCERT – AND MORE !! 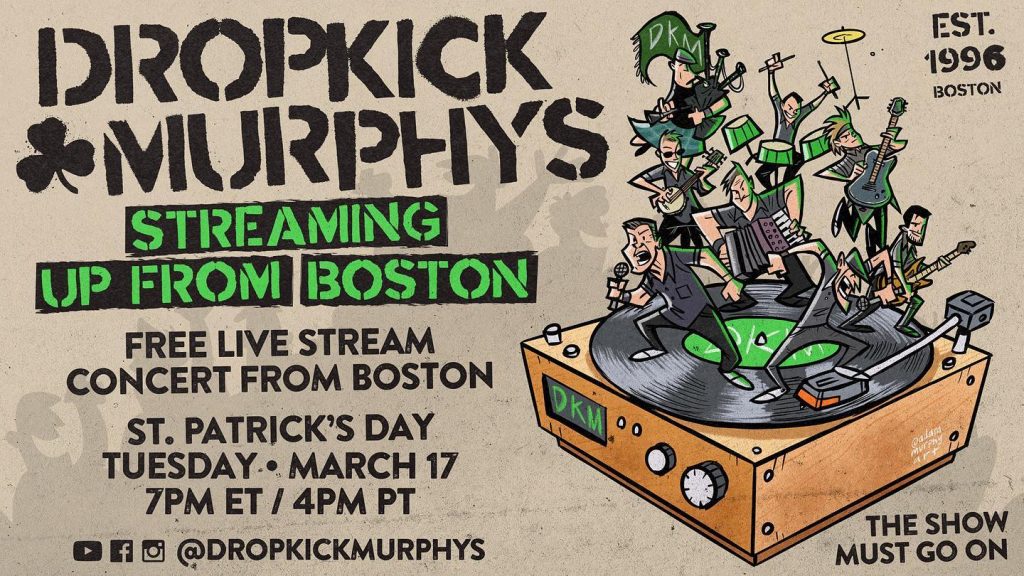 In closing out the announcement, the Dropkick Murphys said, “We’re excited to entertain you on St. Patrick’s Day – live from Boston – tell your friends.  The show must go on!!

Something to look forward to amidst all the chaos and concern … kudos to Dropkick Murphy front man Ken Casey and the entire band for doing what they can to help life spirits here in Boston and across the globe.  We always love talking to Ken and the band and are looking forward to watching the concert Tuesday night.

Chris Rodriguez - May 20, 2022 0
In Belichick we trust. At least that is what Patriots fans have accepted as law overthe past two decades. Those aforementioned decades have yearned...