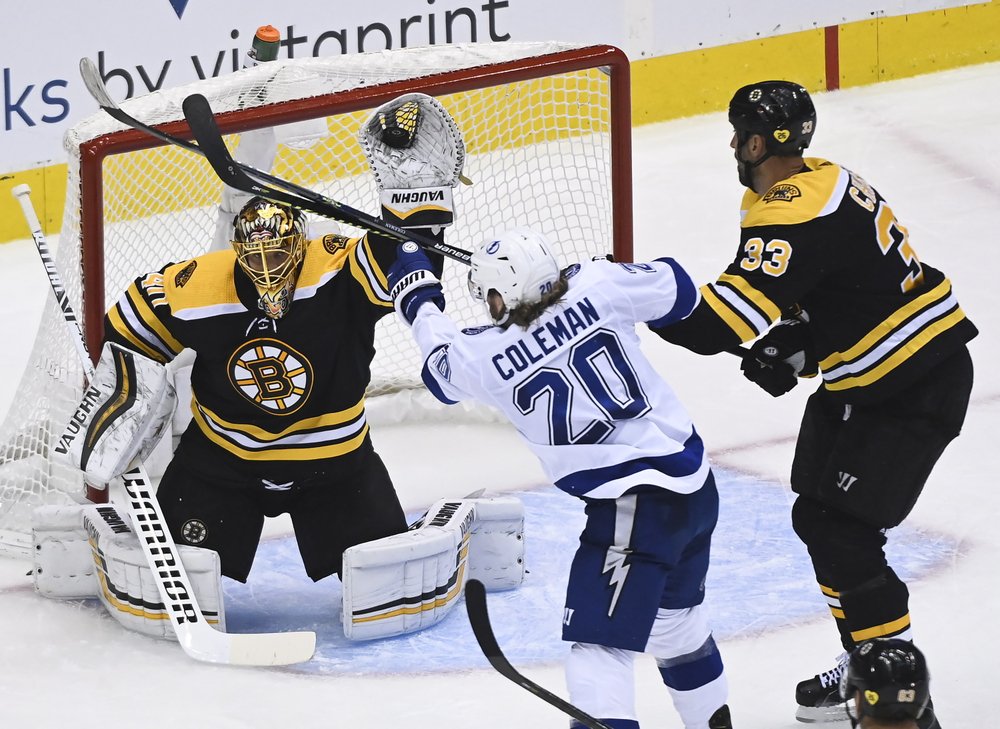 The Bruins have played three games since the NHL returned in its bubble format, first an exhibition tilt against Columbus and then two seeding games against Philadelphia and Tampa Bay. To call the results underwhelming would be too polite, they have been nothing short of anemic and deeply concerning for a team that is built to return to the Cup Final.

The Bruins were thoroughly outplayed in a 4-1 loss to the Blue Jackets in their lone exhibition game; Boston fell behind 3-0 in a first period that looked like more of a practice than NHL contest. However, Bruins fans still had much reason for optimism that once the games that counted started, the Black and Gold would return in full force. Through two games that has not come close to happening.

In their seeding play opener, the Bruins faced the Flyers, a team that although had beaten them in two shootouts in the regular season, the Bruins had defeated 2-0 right before the season was suspended. At worst, it should have been a close game, but in reality the Bruins should have been able to show that they were the better team and come away with at least one seeding point. Instead, Philadelphia controlled played throughout the first 30 minutes and took a 2-0 lead. The Bruins cut the lead to 2-1 late in the second, but the Flyers scored less than a minute later to take a 3-1 lead and eventually won 4-1. It was a lackluster effort for a Boston team that looked slow and off balance throughout most of the game.

After two dim performances the Bruins were looking to rebound against Tampa Bay, who arguably has the best roster in the Eastern Conference. Once again, the Bruins came out flat, with two early penalties including a too many men on the ice penalty when Boston couldn’t get their defensive pairs organized to change correctly. Tampa took a 2-0 lead in the first 15 minutes and once again Boston got outplayed during the first period. In a positive sign, the Bruins seemed to wake up after a Torey Krug fight late in the first period and played much better hockey throughout the second and early third periods.

The Bruins tied the game on a Chris Wagner goal and looked poised to get at least one point out of the contest. The Bruins ended the game in demoralizing fashion, however; allowing the Lightning to dominate the final seven minutes of play and take a 3-2 lead with just under 90 seconds to play. Tampa closed the game out and the Bruins now find themselves at 0-2 in seeding play with no hope of getting a top two seed.

Due to the bubble format, the seeds themselves are not as important as in a normal season. However, the Bruins will now have a more difficult road opponent-wise to reach the Stanley Cup Final. Even more disconcerting, the Bruins have not looked like a team ready to compete in the playoffs regardless of who they play. In order to reach the Cup Final, Boston will have to beat the best teams in the conference and thus far have failed to measure up.

All is not lost and the Bruins still have one more seeding play game before the playoffs to turn things around. Boston is still one of the elite teams in the NHL, but their play through three games should leave Bruins fans concerned about just how long they will be staying in Toronto.