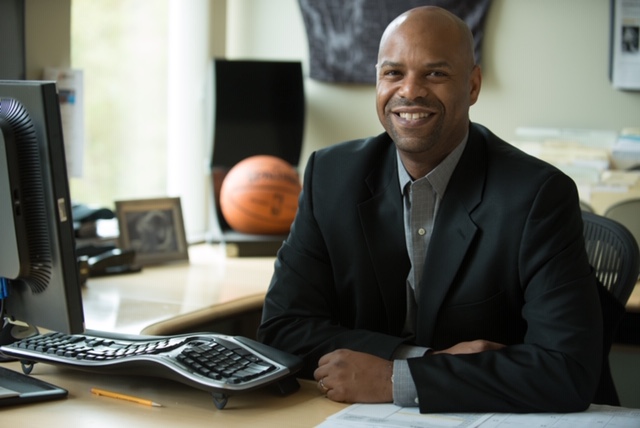 When the NBA schedule comes out in August, you see most of the big time matchups, the rivalry games, homecomings, the rematches, and the battle of stars are most likely played on ESPN. Deciding which games should be on national TV and reach the biggest possible audience is a long process.

Enter Doug White. White is the senior director of programming and acquisitions at ESPN, and is in charge of constructing the schedule for ESPN and ABC. Dirty Water Media had to chance to talk to White about what goes into the scheduling of these games. “We go through an extensive process where we’re already thinking about next year’s scheduling, and so it’s well in advance,” White said. “We start identifying storylines and teams and track player movement, all those things are factors that we take into consideration once were ready to start building the schedule. And going into this season we did the exact same thing. We looked at player movement, we looked at free agency, we looked at past performance, and we utilized all those things to help us figure out which matchups we want to target and which games we want to select.”

The Celtics are currently slated for 10 national TV appearances, which the most amount of times you can be on nationally without causing a local blackout.

“The Celtics have a storied franchise, when you look back on the history of the franchise with the Red Auerbach and the Bill Russell days, the Larry Bird days, to the championships with Paul (Pierce), with the success the team has had the last couple of decades,” White said about the lineage of the Celtics that give them their national appeal. “It’s a franchise with a strong following and they’ve always had a strong national following and strong brand in the NBA and really all of sports, and that has been pretty consistent throughout the years, so they’re always at the top of our list when it comes to the schedule.”

When talking to White about the Celtics, you couldn’t escape the gigantic elephant in the room in the form of Kyrie Irving. It was not known that Kyrie would not be playing in Boston on Wednesday when we spoke with White. I am not surprised that Irving is not playing against the Celtics. He did not (and still hasn’t) played against the Cavs since he left Cleveland. This is just another example of how it was better off for the Celtics to part ways with Kyrie. In terms of scheduling the game however, there was no way White couldn’t put this game on the ESPN schedule.

“We felt like it was a huge storyline given the history between Kyrie and the Celtics,” White said. “Obviously with all the things that happened during last season and the offseason, we felt like it was a game that would see interest with the fans.”

This wasn’t the only homecoming ESPN was planning on broadcasting.

“We did one not too long ago with Mike Conley returning to Memphis on Thanksgiving were also going to be broadcasting when Anthony Davis goes back to New Orleans, so there have been a few of those types of games that we’ve been a part of that have proven to be successful and have proven to be of interest to fans.”

We also spoke about the different eras the NBA has gone through, whether it was Bird and Magic going at it through the ’80s, Jordan flying through the ’90s, or Kobe and Shaq winning and bickering through the 2000s. If there is one thing about the NBA, is that it is a star-driven league, I asked White about who could potentially be the next face of the NBA and while he was hesitant to answer, he did manage to come up with one name.

“When you talk about those types of players, your talking about multiple championships, your talking about MVP awards, your talking about international impact,” White said. “The great news for the NBA is that there are several players who have the potential to do that , but I don’t think there’s anybody that has grabbed that mantle just yet. Certainly Giannis Antetokounmpo seems well on his way to be able to do that, he’s an incredible talent, but I think that’s yet to be determined.”

The Warriors have been dominating the league for the past five years but this year, due to injuries, they’re not even in the picture given the amount of parity in the league this season. White believes it’s good for the fans.

“I think it’s good for the league to because it’s added intrigue, it obviously makes it more interesting for fans, especially as we go through the season and we approach the playoffs,” White said. “It’s good to add a little more intrigue as to who is going to be there at the end. Nothing is ever given and in the past while Golden State always seemed to be there, they still had to fight through the entire season and postseason to make it there, it’s never as easy as people make it out to be, it’s a hard fought battle, and I think it will be fun to watch this season as we unwrap that present.”