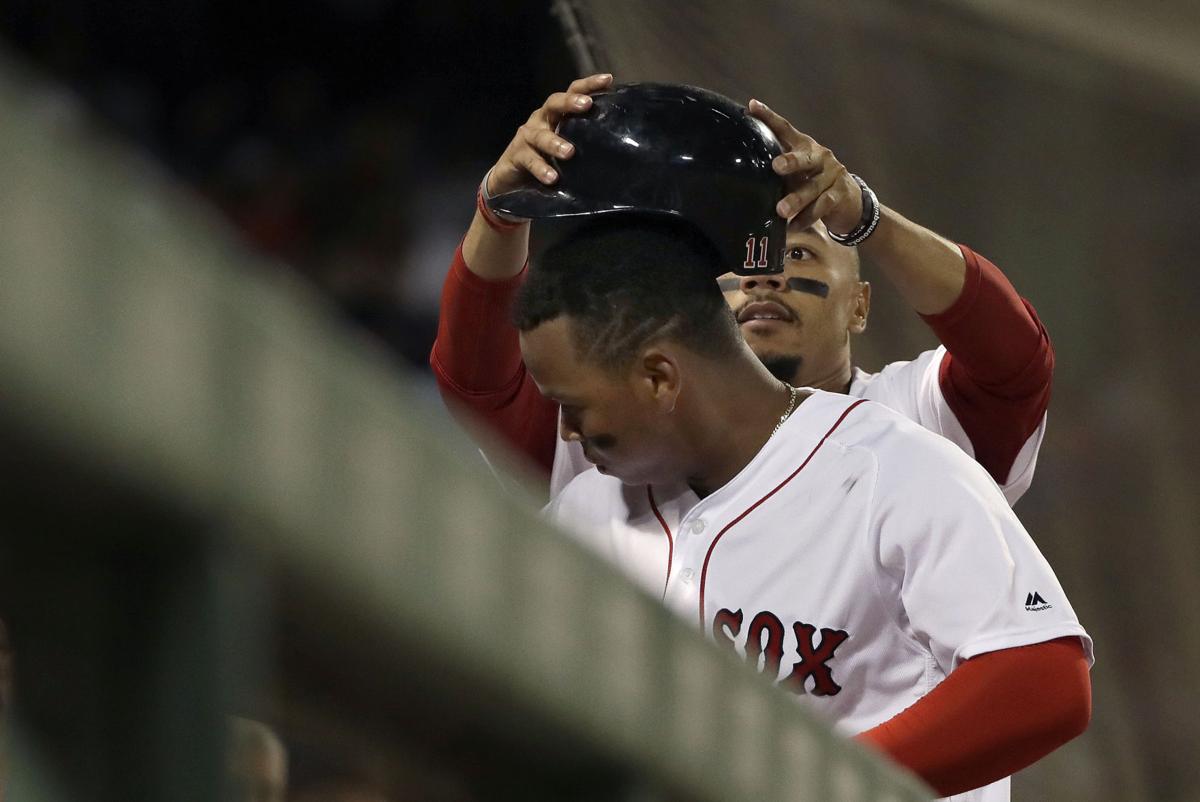 We’ve been here in the dog days of summers past, the stage set for a four-game series between baseball’s biggest rivals, and the stakes—for the Boston Red Sox—could not be higher.

The next three games against The New York Yankees will determine the Red Sox direction for the rest of the season as they approach the July 31 trading deadline.

“They’re likely to be measured buyers at the deadline,” said ESPN writer and analyst Buster Olney. “But there’s no point in talking about the possibilities of a trade today. We’ll have to wait until Sunday night.”

Despite remaining just a game out to the second Wild Card spot and pummeling Masahiro Tanaka and the Yankees in Game 1 by a football score of 19-3, in the event of the Yankees sweep out the next three games, Olney believes that the Red Sox front office might start re-tooling.

However, Olney said this will not involve trading 2018 MVP Mookie Betts during the season, an idea that’s being bandied around right now.

“Trading position players, especially an elite player, is much more difficult during the summertime than the winter because teams’ needs are so specific,” said Olney. “With Mookie, absolutely not.”

Olney does believe if things go south the remainder of weekend, J.D. Martinez could get his ticket punched for the balance of the season.

“If [the front office] believes that a Scott Boras client is going to opt out of his contract, it would make all the sense in the world to trade him,” Olney said, adding the Red Sox could grab prospects then try to resign him in the off-season if they choose.

A possible destination for Martinez: The Los Angeles Dodgers.

Martinez’s hitting guru Robert Van Scoyoc, the man who worked with Martinez on his swing, is currently the Dodgers’ hitting coach, making a reunion an enticing option, said Olney, who grew up in Vermont as a Dodgers’ fan.

While still very much in the postseason hunt, many people view the Red Sox season to date as lackadaisical given their talent, particularly following an abysmal April where the team looked ill-prepared to start the season.

But according to Olney, the hangover after winning a championship is “a real thing,” adding that managers from successful teams—such as Jim Leyland and Tony LaRussa—all concur that no matter what a team does to prepare, the hangover is inevitable.

“I also think it’s hard to be a champion in the era of social media because everybody is coming at you all the time,” said Olney. “Twenty-five years ago, you could at least leave the ballpark and you had your time to yourself.”

However, Olney also believes that the Red Sox would not have won in 2018 if they hadn’t gone “all in,” trading prospects for the likes of Craig Kimbrel and Chris Sale and spending the money on Martinez.

Now, however, they’ve backed themselves into a corner.

“This is the year that the credit card bill was due,” Olney said. “But because they won the World Series, John Henry got a ‘get out of jail free’ card.”

As for the Yankees dancing on the faces of the rest of the MLB, Olney said their Savage lineup, with their “depth and power,” is irrefutably the best in baseball, but he stopped short of calling them the best team.

He said their starting pitching could be suspect in the postseason and—with a primarily right-handed line-up—they could be challenged in a short series against strong right-handed pitchers, such as Houston’s Justin Verlander and Gerrit Cole.

“I think there’s a lot of urgency for GM Brian Cashman to go out and pick up a Marcus Stroman or a Trevor Bauer,” Olney said.

Regarding the well-touted rivalry between the Red Sox and Yankees, a rivalry Olney first covered while writing about The Yankees for The New York Times, he said there’s one constant.

“Red Sox and Yankee fans go at each other,” Olney said. “The story that goes up and down is the players’ attitudes toward each other.”

Olney said that in the 1970s and the early-21st Century that the players “legitimately hated each other,” citing the Fisk/Munson and Varitek/A-Rod on-field brawls.

Olney’s personal favorite memory of the rivalry occurred in 1978, when Olney was 14 years old and the Red Sox and Yankees were playing the one-game Bucky [expletive] Dent playoff game.

With parental permission, Olney skipped school that day so he could watch the beginning of the game. However, growing up on a dairy farm, the cows got out just before first pitch, and a young Buster Olney was charged with bringing them back, coaxing them home with a bucket of grain.

“I was crying because I was so upset that I had to go and get the cows,” he said. “I wanted to watch the baseball game. I’d been waiting all day for it.”

Olney recalled the way Yaz looked as if “he’d been punched in the stomach” as Bucky [expletive] Dent’s homerun squeaked over the Green Monster.