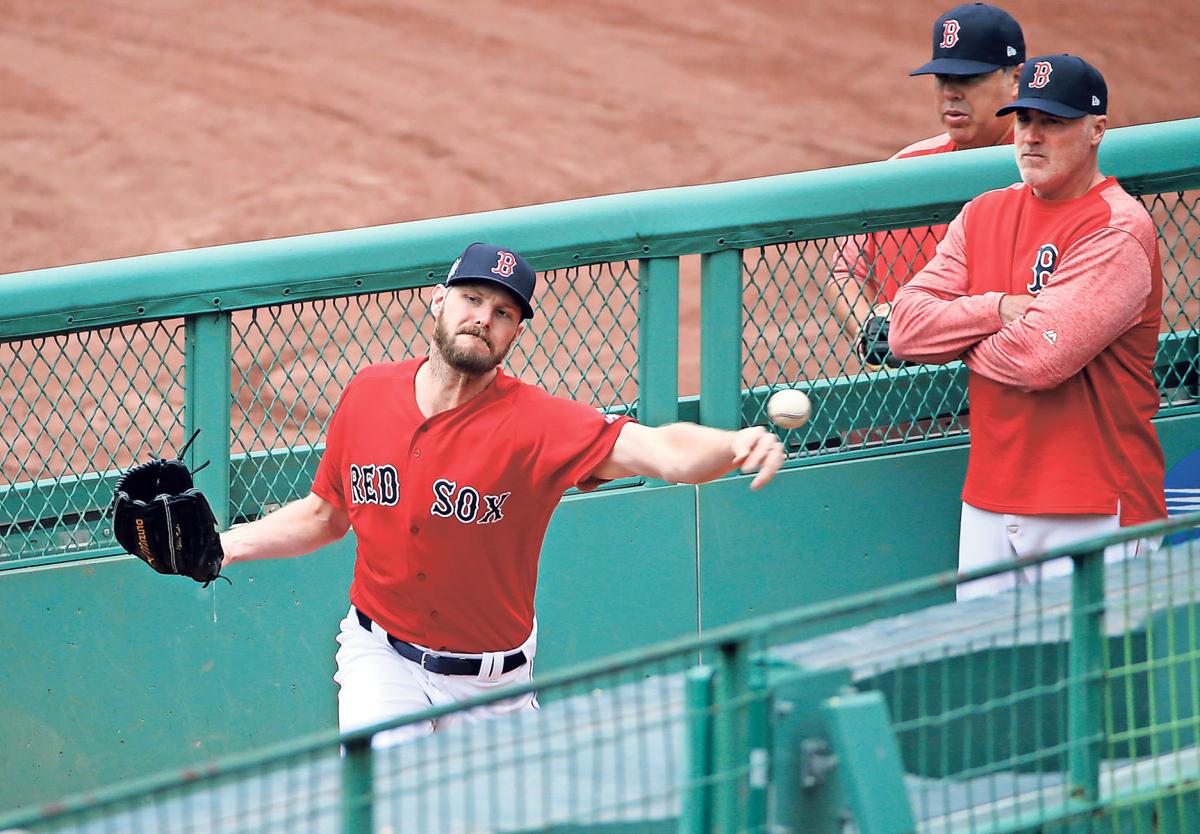 Two evenly matched powerhouse teams will square off tonight at Fenway Park when the Red Sox and Yankees go head-to-head in the postseason for the first time in 14 years. This time around, it’s a short five game ALDS series with the victor advancing to the ALCS to face the Astros-Indians winner.

“Baseball is just weird in terms of you play this whole season and in a short series — one game especially – it doesn’t show out who the best team necessarily is,” said Jon “Boog” Sciambi who will be calling the series for ESPN Radio along with Jessica Mendoza. “The Yankees have a bullpen advantage. The Red Sox though are a better team, slight, but better.

“Tonight is pretty crucial. For this series and overall, the Red Sox need to see Chris Sale be a stud. If they don’t — if they lose tonight — and then the narrative shifts, and I’m not saying I buy into this but then the narrative in Boston becomes ‘oh, we’re down 0-1, they guy that’s never won in the postseason is starting for us, oh man we’re screwed.’ They can take it to negative town in a hurry.”

It was exactly one year ago today that Sale got hammered in his postseason debut in Houston, giving up seven earned runs in five innings as the Astros crushed the Red Sox 8-2 and en route to winning the series, 3-1.

“Chris Sale has to show that he has the ability to ‘shove’ as they say,” Sciambi said. “He just does. They’ve been protecting him and I get it, they wanted to make sure his innings were limited, even early in the year, he had thrown fewer innings and pitches and that was purposeful by the Red Sox but I don’t know how he feels. When the game starts, I’ll be looking at the radar gun a lot.”

While the passion and tension that permeated Boston during the last Red Sox-Yankees postseason showdown may not reach 2004 levels, Sciambi believes the rivalry will bring out the best in both cities.

“Tonight will be pretty electric because they haven’t played in the postseason in so long and there will be some energy,” Sciambi said. “You saw it this year. They haven’t been good at the same time. There were games this year when there there’s just more of a spark, it will be fun and there will be good energy in both places. It’s interesting how Boston has changed there’s no question.

“I went to Boston College [1988-92] and so many of my friends at BC were Jets and Giants fans and they were delighted because every weekend they got to watch Jets and Giants because no one would go to the Patriots games; they would never sell out and were blacked out on television. It’s interesting how it’s shifted in New England.”