Traffic jams? Glide over them with Cape Air.

Imagine yourself flying in the cockpit of an airplane. As you take off, the line of Southie traffic headed towards the Cape is below you, stalled. Descending onto the Vineyard, throngs of people and cars swarm and sit idle as they navigate the island’s most popular haunts. And you, you just stepped onto the tarmac from a Cessna 402, ready to become one with the traffic.

Unavoidable once you arrive on the island, the hellbroth that can be getting to the island is easily–and affordably–sidestepped via Cape Air. Serving 44 cities throughout the Northeast, Midwest, a surprising amount of the Caribbean, and even Micronesia, suffice it to say that Cape Air will be able to take you where you need to go.

Boston, New York, D.C., California, England, Australia, Germany: “People come from everywhere. All over the world, they’re coming in,” says Cape Air manager Colin Ewing. They fly mostly for the luxury of avoiding the traffic, which can shave several hours and a car full of screaming children off your commute from Northeastern routes, even as close as Boston.

As with most airlines, nothing comes cheap. Cape Air’s flights may be a little more expensive than competing airlines but with a little digging, affordable flights can be had for under $100–including a popular $55 puddle jumper from the Vineyard to Nantucket. But unlike most airlines, flying Cape Air supports a local company and so revenue is pumped directly back onto the Cape and island communities: a promise that nearly no other airline can make.

The “local” zeitgeist is not the only singular quality Cape Air can claim. Ewing says that there is no other airline in the world with a larger fleet of Cessna aircraft. And even with a crew of 200-plus pilots and a summer schedule booked solid with 30 or more flights every day in and out of the Vineyard, “We’re still looking,” says Ewing, “always looking for more of them.” Probably for good reason. In what other airline can you sit co-pilot? The one enviable seat out of eight is offered up each and every flight and invariably, six or seven hands dart up simultaneously. “Some people don’t want that, but it really is a great view. You’ve got that big windshield in front of you… it’s one of our nicest seats,” Ewing told me. Co-pilot? For $50? That is reason enough to fly Cape Air. 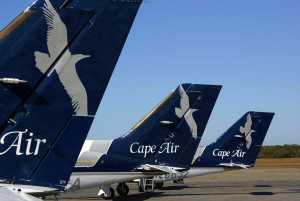 AN EVENING OF HOLIDAY CHEER AT HAMPSHIRE HOUSE