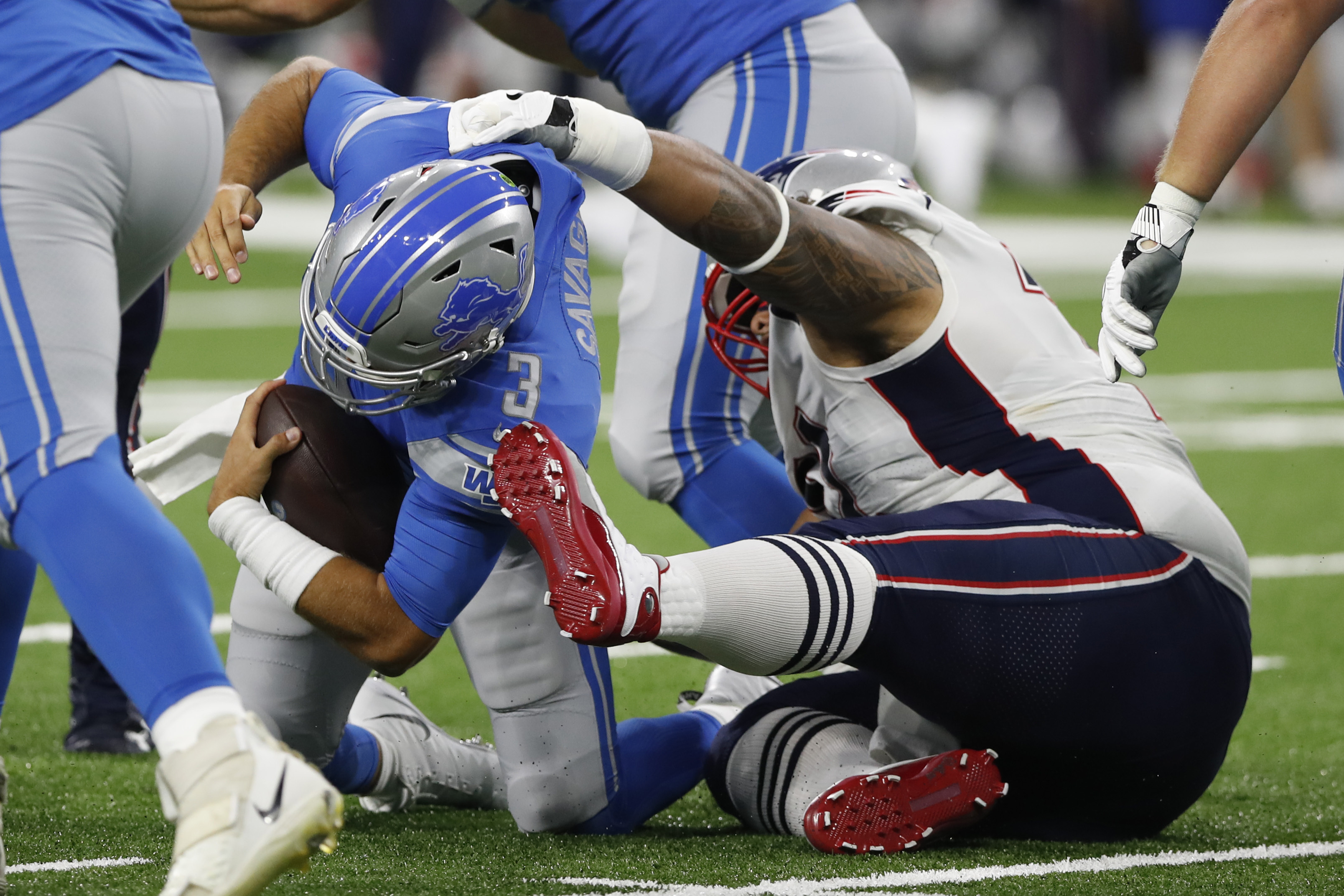 The Patriots defensive front seven ended last season on a high note with an exceptional performance in the first half of the AFC Championship game and an a dominant Super Bowl en route to another Patriots championship. The group has continued to show in training camp that they are one of the strengths of the team and Thursday’s preseason opener against Detroit was another positive statement.

During the first half, when most of the likely regulars were playing, the Patriots front seven was strong. The Lions held out several regulars, including quarterback Matthew Stafford, as did the Patriots, who were without Dont’a Hightower and Michael Bennett up front. Despite not having a full crew, New England’s front was stout throughout the first half. John Simon had an interception on an impressive, jumping catch at the line. Derek Rivers had two sacks while Danny Shelton, Jamie Collins, Ja’Whaun Bentley, and Shilique Calhoun all had one.

Detroit was 1 for 5 on third down conversions in the first half and the Patriots dominated time of possession 19:12 to 10:48. The Lions had 28 total yards in the half and rarely look comfortable operating with the ball. Both Detroit quarterbacks were under siege on most passing plays. The Lions had 30 rushing yards in the first half, but 15 of those came on one scramble from Tom Savage. Lions running backs only managed 15 yards on six carries.

No one is handing out awards for the league’s best defense in August, but preseason game No. 1 was another positive outing for the Patriots defense, especially up front. This unit will be relied on more this year than in season’s past and through the first two weeks of training camp, the 2019 unit looks like one that is up to the task.