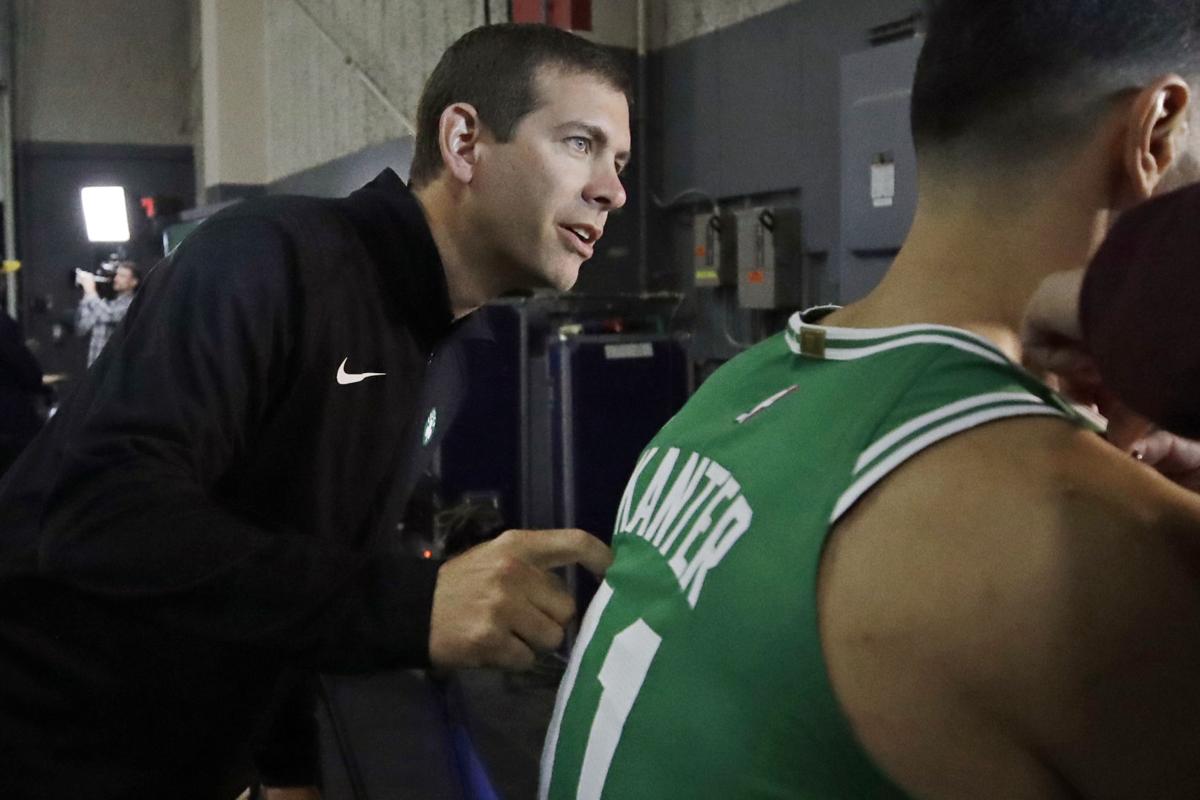 The NBA is finally back with the Celtics reporting to training camp today. Determining how good the 2019-20 version of the team will really be is anyone’s guess as this new look squad has plenty of variables in the mix. Once we get the answers to the following five questions, the potential of this group will be easier to predict.

Who is the second scoring option on this team?
During the offseason, the Celtics lost their biggest scorer in Kyrie Irving, but was quickly replaced by All-NBA talent Kemba Walker. Walker is a cold-blooded killer, who will definitely take over the primary scoring duties. Walker could even produce a better season than he did in Charlotte as Brad Stevens offense benefits the scoring point guard, as seen with Irving and Isaiah Thomas before him. After Walker though, a clear cut second option gets pretty hazy. Everyone thinks that Jayson Tatum will make the leap into an All-Star caliber, but the same was expected of him last year and he did not perform to expectations. Jaylen Brown at times looks like he can become that guy, but other times he looks lost in the shuffle. Marcus Smart has improved his jumper to become reliable from three, but will he take enough shots to warrant a second option. Enes Kanter could also be a pivotal part of the offense, but shooting under 30% from three doesn’t scream efficient production.

The early take
It has to be Tatum, he needs to stop showing flashes and become the player everyone expected him to be after his rookie year. Hype can only get you so far in this league, and Tatum needs to show up for the Celtics to make any real noise this year.

Are the chemistry problems a thing of the past?
You didn’t need to be a diehard Celtics fan to know that the Shamrocks were broken from the inside. It’s a hard dynamic when two star players return to a team of young players that made themselves stars in the year before. It didn’t make matters better when Stevens went to start Hayward, who played six minutes the year before, over the guys who brought the Celtics one game away from the finals. This chemistry problem turned into their downfall, never clicking and eventually falling flat on their face. Two people who looked like major problems in the locker room, Kyrie Irving and Terry Rozier, are gone, but the Celtics also lost the leader of the locker room in Al Horford. Kemba and Kanter are two great additions to not only the team but the locker room, and both could take over the position as the leader. What if, however, the problem in the locker room is still there, and the chemistry issue soils another promising season for the Celtics.

The early take
The major problems should be behind them as steps have been made to make sure last season doesn’t repeat itself. Walker and Kanter bring maturity to the locker room, and will help guide the young guys throughout the season. The recent FIBA world championship help immensely for the Celtics as well, as Walker, Tatum, Brown, and Smart got to bond throughout the entire tournament.

Which version of Gordon Hayward will show up this season?
Celtics fans were waiting for Gordon Hayward to consistently become the player he was in Utah before his injury. I thought the turning point was after the Golden State game, scoring 30 points in a blowout win. He started to play closer to himself toward the end of the season, but there were times he looked like a player who had lost a step. Sources say that Hayward has been spending a lot of time in the Celtics facility, including organizing games with his teammates. Hayward has strived to become a leader in the locker room, and is working to become the player that everyone in Boston thought he was going to be. Offseason workouts are different from an 82 game schedule however, and time will tell if the old version of Hayward will ever be seen again.

The early take
Hayward, with a full year under his belt, will become the player for Boston everyone thought he was going to be. You could see at times last year where Hayward was scared to drive into the paint, scarred by the trauma of such a nasty injury. Little by little during the year however, Hayward look more and more confident and became more aggressive. This is the year for him to prove all the doubters wrong.

Who will anchor the defense?
The staunch defense of the Celtics has been Brad Stevens calling card the past couple years, but he just lost two of the best defenders he’s ever had. Al Horford, who has been consistently guarded the best post player with having the ability to switch onto smaller players, left for Philly(Ray Allen 2.0 anyone?). His backup Aron Baynes was a brick wall, and was one of the best big defenders in the league. Terry Rozier, as much as a distraction that he was, was a pretty good perimeter defender. Those three guys combined held a +4.3 defensive box minus and 6.3 defensive win shares. Boston is going to need a new anchor, and Kanter won’t be the one, as he is a poor interior defender. The Celtics still have one of the best defenders in the league in Smart, who will cushion the blow, but Boston needs an interior defender. Could Daniel Theis or Robert Williams step up this season and take over in that role? Or will newcomer Vincent Poreir be able to make up for Horford and Baynes?

The early take
No one player is going to fill the huge gap created that was created with the Celtics that the departure this season, but it has to be a group effort through the Celtics bigs. If there was one player that needs to step up however, its Robert Williams. Williams showed major paint protecting potential during the season last year, but he needs to take the next step to secure major minutes for the Celtics. Theis will have to improve as well, as he is set up to take most of Baynes minutes. All the bigs are going to have to step up in order for the Celtics to continue to be elite defensively

What can realistically be expected from the rookies this year?
I was one of the many people surprised when the Celtics didn’t trade any of their draft picks on draft night, instead drafting a quartet of rookies who will help round out the Celtics bench. The No. 14 pick, Romeo Langford, is a smooth finisher who’s shooting will improve as he’s finally healed from a torn ligament in his thumb. Both Grant Williams and Carsen Edwards looked like contributors in summer league, with Edwards showing his elite offensive ability and Grant Williams being an unbelievable +85 through the summer. The biggest Celtics rookie however didn’t even get drafted, Tacko Fall has made headline after headline for his… well his height. Will any of these guys make a real impact this season, or will they be keeping the seat warm for timeouts?

The early take
Carsen Edwards will be probably the biggest contributor for the Celtics, as he will fit right into a 6th man type role for Boston. A role like that will mask his inability as a playmaker and allow him focus on what he does best: getting buckets. Williams will be a solid glue guy role player, with potential to receive more minutes with his team-first mentality. Romeo will be a good wing player off the bench, who will look to help the Celtics team offensively and could work well off of shooters like Edwards and Smart. In the case of Tacko, his minutes will be very scarce, maybe subbing in once to guard an inbound pass. As tall as Fall is, he’s a huge liability on defense in the pick and roll game, and has a limited offensive game when he’s not three feet away from the basket.

Take a Bite Out of Spring with Kane’s Donuts April Flavors...