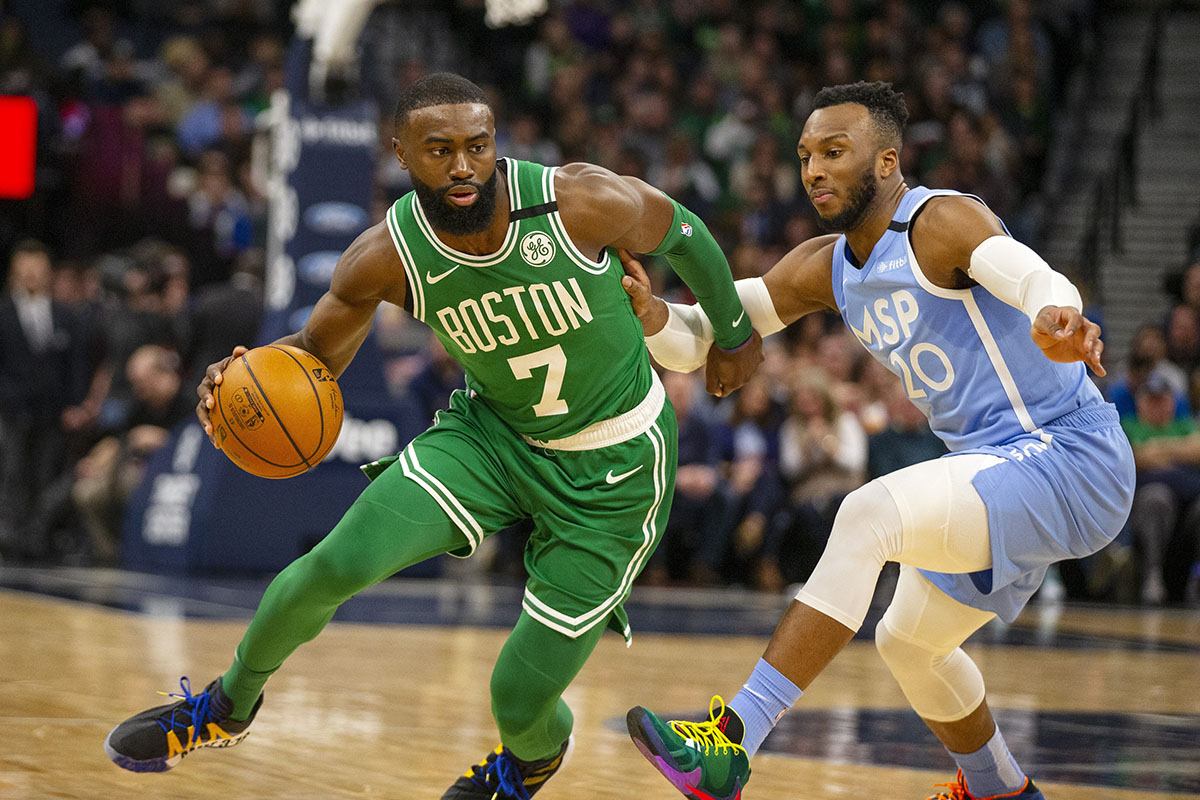 The Boston Celtics are finally back, 136 days from the last time they suited up. It was a surreal sight watching them play, with no fans, socially distanced benches, and plexiglass all around. It felt more like a museum exhibit than an actual basketball game. But no matter the atmosphere, it was great to see the Celtics back out on the court against the Thunder, albeit a little rusty. Here are the five biggest takeaways from the first Celtics scrimmage.

Interior defense is a big problem
Steven Adams in 15 minutes had 17 points and 7 rebounds. Adams is a good player, but he is nowhere near the caliber of Joel Embiid, so who knows what Embiid will do to the Celtics with the way they played defense today. Of the 98 points that the Thunder scored, 68 of those points were in the paint. The Celtics were also out-rebounded by the Thunder 41-33, and 34-24 on the defensive board. Daniel Theis look overmatched at times against the stronger Adams, and Enes Kanter was the defensive liability that he always is. Robert Williams didn’t get any time with the first unit, but was caught going after every blocked shot and found himself in bad positioning all second half. The Celtics going with Gordon Hayward, Jason Tatum, and Jaylen Brown is the most effective lineup, but it means that the bigs need to step up defensively. If Adams is giving Boston problems, who knows what Embiid and Bam Adebayo will do.

Jayson Tatum was aggressive, even though shots aren’t falling
Rust was definitely apparent for Tatum in his 18 minutes, shooting 1 for 6, but that didn’t tell the whole story for the rising star. He was aggressive looking for shots, playing like a true number one option. It shouldn’t be concerning that his shots weren’t able to fall, as this was his first live action in months. With Kemba Walker’s health a concern, Tatum will be called upon to lead Boston into the playoffs. He was only one of the only true bright sports on defense as well, most notably getting two steals on back to back possessions. A Tatum who can operate on both sides of the floor is vital if the Celtics want to make a deep run in the bubble.

Jaylen Brown becoming the guy when Tatum sits
Right out of the gate, Brown looked ready offensively, going down the floor and hitting a tough turnaround jumper. You could tell when Tatum was on the bench Brad Stevens looked to him as the primary scorer. Brown has shown growth over the season as a player who can create his own shot, and he showcased such growth against Oklahoma City. His ability to switch speeds off the dribble was especially apparent, as he hit a dribble pullup off a handoff in the blink of an eye. With Walker not at 100%, scoring for the Celtics will fall on the shoulders of the young duo of Tatum and Brown. While Tatum is the No. 1 option in terms of shots, Brown will need to be a No. 2 offensively if Walker can’t provide his usual output.

Tremont Waters looks ready for a bigger role
The surprise for the night came from Tremont Waters, as the G league Rookie of the Year impressed in the second half. Waters put up 7 points and 5 assists in 16 minutes of play, while also tying the team high with 3 steals. Those 5 assists should have been 10, as he set up his teammates for easy buckets that didn’t go in. He was easily the best player out of the Celtics young guys and outplayed Brad Wanamaker, showing better vision than the veteran Wanamaker. Waters paid his dues in the G league, averaging 18 points and 7 assists for the Maine Red Claws. The point guard also showed that he plays bigger than his 5’ 10″ frame, making an impressive put-back layup in the middle of traffic. That type of scrappy play, mixed with his abilities as a backup floor general, Waters might have played his way into the Celtics rotation.

Brad Stevens needs to find a scorer off the bench
Taking away Kanter’s double digit scoring, the Celtics bench scored 38 points while shooting only 42% from the field, and a dismal 27% from three. While not playing in over three months definitely factored into the performance, this has been the story of the Celtics bench the entire year. The group of Tatum, Walker, Marcus Smart, Brown, Hayward, and Theis accounted for 93% of the Celtics scoring. That just simply isn’t a recipe for postseason success. The Celtics second unit were given ample opportunity to make a statement to Stevens that they can be called upon to score when the starters hit the bench, but no one with the exception of Kanter answered the call. Throughout the rest of the scrimmages and even some of the exhibition games, expect to see Stevens try to find a scorer off the bench, because if he doesn’t, the Celtics bubble dreams will be burst.

Julie Fairweather - February 26, 2021
0
Located on St. Pete's Beach, Shrimpy's Blues Bistro you can enjoy the breathtaking sunsets and view of the Intercoastal waterway from the outdoor bar...

Head for “Higher Ground” and a Buff New Bikini Bod in...