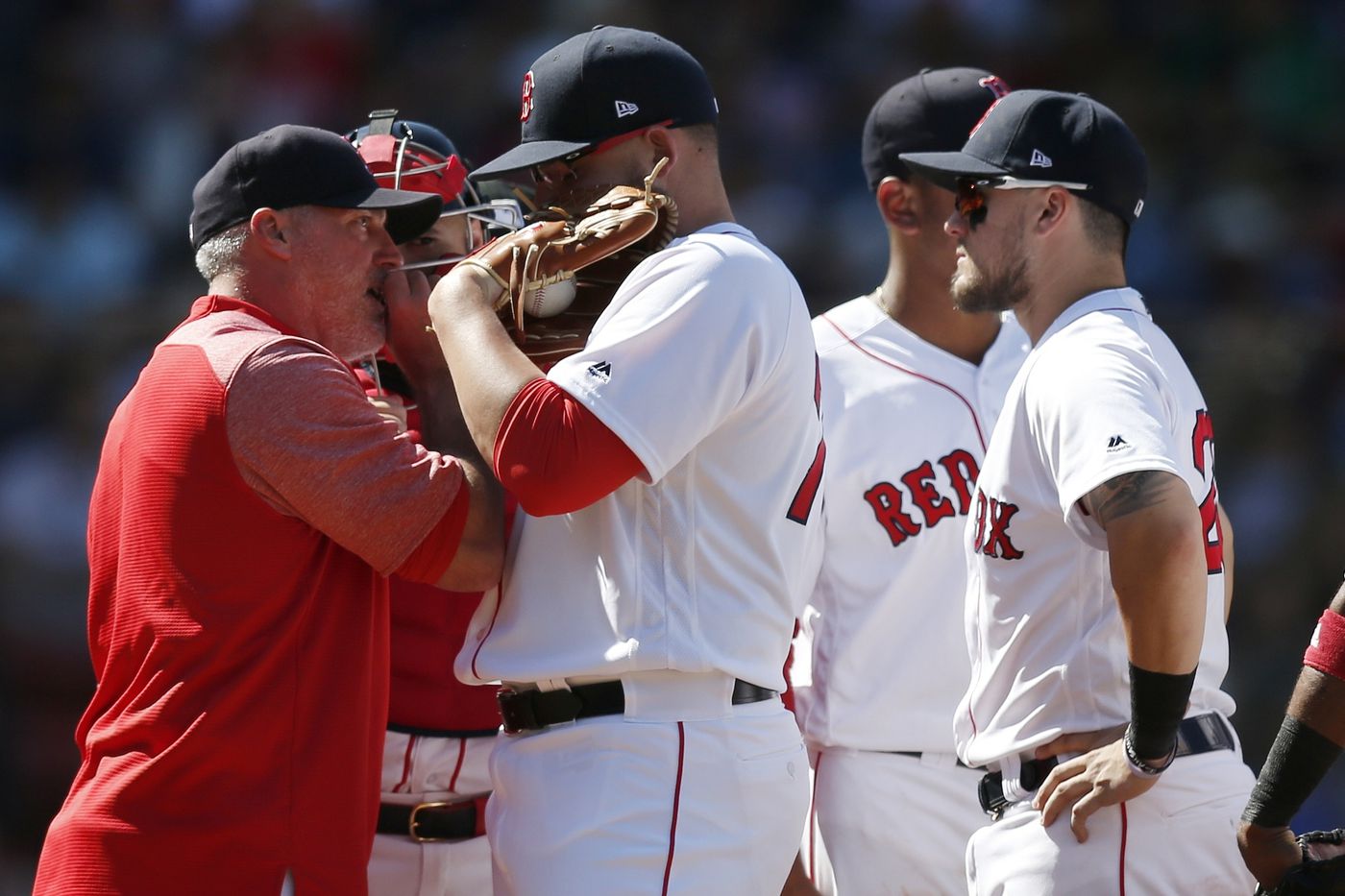 Believe it or not, I had a few hangovers in my 44 years here on Planet Earth. As part of a fraternity in college then moving to Vegas for a year, it’s fair to say I’ve battled through a few bouts with the brown bottle flu.

So I’ve experienced the lethargy that accompanies a hangover, the slogging through the miserable day after a night of bibulous celebration. I’ve known what it’s like be exhausted and unfocused, barely pulling myself out of bed to put one tired foot in front the next tired foot.

And so far in the 2019 season, it is apparent The Boston Red Sox have a hangover.

Some of it is understandable. Not only did The Sox play late into October in their 2018 World Series run—this is essentially the same line-up, minus closer Craig Kimbrel—but the team is coming off the most successful season, record-wise, in the franchise’s storied history.

I get it. There was much rejoicing and there was a lot to celebrate. But I don’t understand why, systemically from the top down, this team was so woefully unprepared to begin the season.

Let’s start with the fact that President of Baseball Operations Dave Dombrowski mistakenly assumed the team could get by without a legitimate closer. I’m not sure if this was indolence or hubris, but in the regular season, in the modern game, it is nearly impossible to win without a closer. Did Dombrowski learn nothing from Theo Epstein’s “closer by committee” train wreck in 2003?

Next, there was the fact that the starting pitchers came out looking like they’d just reported to spring training. Chris Sale, who is finally starting to get back into form, was a shell of Chris Sale. Rick Porcello, Nathan Eovaldi (now on the DL) and Eduardo Rodriquez looked like they hadn’t touched a baseball since October. Strangely, it was only the newly-opted in $31 million David Price (and his dog Astro) who started the season with some sense of competitiveness.

But the pitching problem falls on manager Alex Cora, whose nonchalance about the team’s wretched start was matched only by my teenage son’s indifference to his schoolwork. It wasn’t a good optic for Cora to use excuses for the entire month of April, and it did little to assuage fans’ fears and frustrations.

Which brings me to my own apathy in this lackluster season so far.

I can’t speak for all fans, but for the first time since the mid-90s, I’ve been a passive observer of the Red Sox. I haven’t written about the team largely due to the fact that I haven’t been watching a ton of the games. Most years, I work my schedule from April to October around the Red Sox schedule. But this year has been different.

Like most New England sports fans, I’ve been glued the Bruins and their bid for The Stanley Cup. Character-wise, the Bruins are also much more likable team. But I’m also starting to wonder if there’s such a thing as “Victory Attrition”—my own term © Nate Graziano.

Is it possible that fans in New England, between the Red Sox and the Patriots and now the Bruins, have been spoiled by this abundance of riches in New England sports to the point where we’ve been worn down by winning?

The only proven way to get rid of a hangover—aside from hair of the dog, but that’s just prolonging the problem—is to wait until the symptoms pass. Summer is almost here, and there’s certainly some interesting storylines in this year’s club, most notably the rookie Michael Chavis mashing at the plate and the emergence of Rafael Devers as a star.

So let’s hope the hangover passes before the season can’t be salvaged, for both the team and its fans.