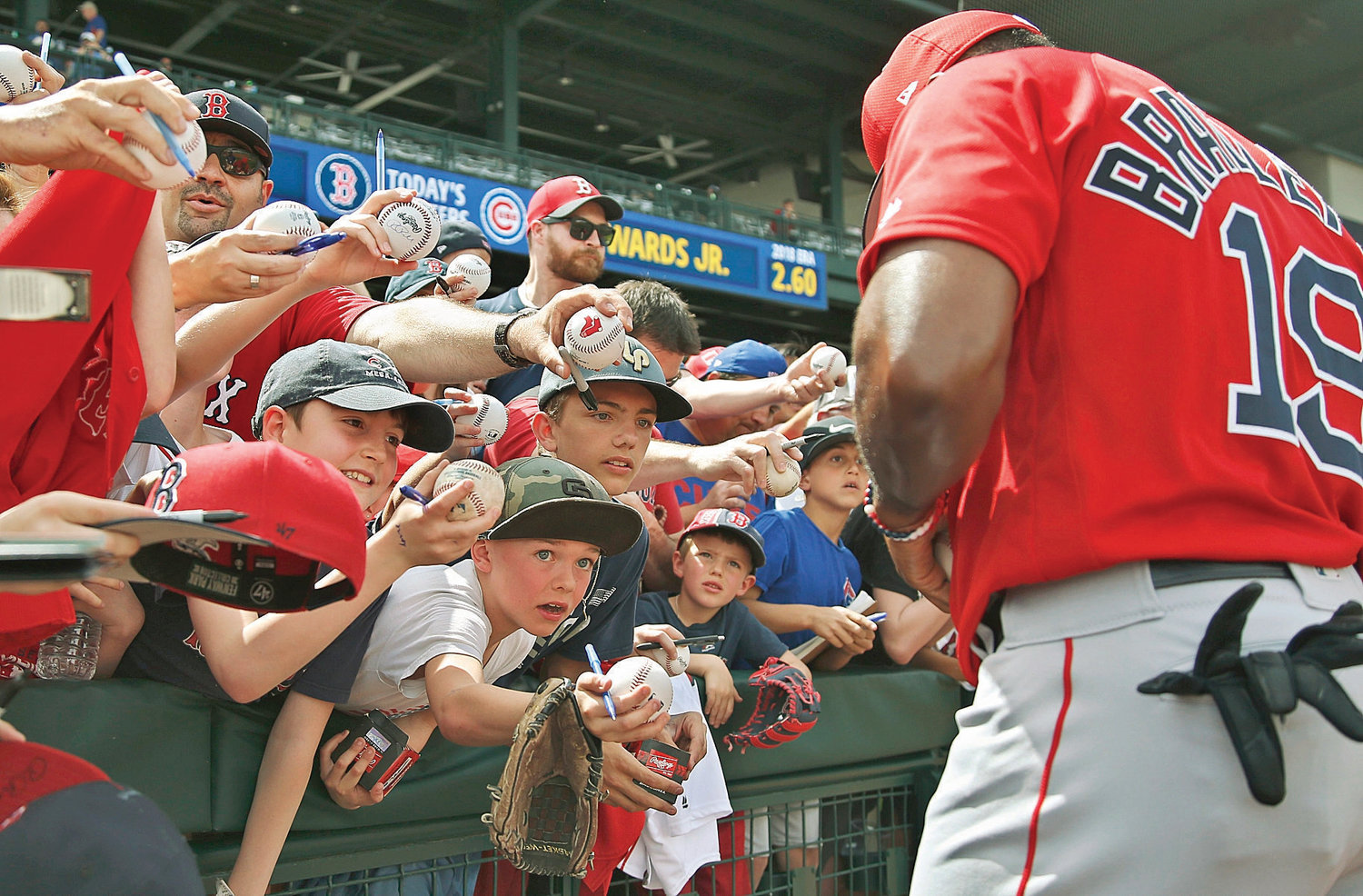 It’s October of 2003, the bottom of the 10th inning in the old Yankee Stadium. Grady Little already left Pedro Martinez in way too long, a brain fart that blew a three-run eighth inning lead. I’m sitting in a rocking chair in the living room of my old house, waiting for the next hammer to fall, when Aaron Boone launches a Tim Wakefield knuckle-ball over the left-field porch.

Catatonic, I stare at the television, convinced I will never in my lifetime witness the Red Sox win a World Series, never celebrate with my fellowship of Sox fans, never open the bottle of champagne I foolishly bought earlier that day.

Now it’s Opening Day, March of 2019, which so happens coincides with my birthday this year. The Boston Red Sox have won four World Series rings since 2003. They are—like the New England Patriots—the most dominant franchise of the 21st Century in their respective sport. The halcyon days of New England dominance seems infinite.

In fact, it seems like I exist in a strange land of complacency these days. I cannot remember another Hot Stove or Spring Training where the buzz around the Red Sox became a brittle batting of wings.

Have the Red Sox been so successful in the past 15 years that we, the fans, can now fold our hands on our bellies and whistle into the wind?

Perhaps—other than aforementioned bullpen concerns—it is the fact that we know the Red Sox will be good again, we know they’ll compete. The infield is nearly identical, although a hobbled Dustin Pedroia might attempt a comeback. In the batting order, last year’s AL MVP Mookie Betts—likely playing his final two-years in Boston—will flip spots with Andrew Benitendi, who will bat lead-off. JD Martinez and Xander Bogaerts will remain big bats in this potent line-up, and some are predicting centerfielder Jackie Bradley Jr. to come into his own this season at the plate.

Other than adding fire-baller Nathan Eovaldi to the rotation, the Sox have the same starting pitching staff. Chris Sale—locked up for the next five years—is still the ace. Former Cy Young winner and Fortnight star, David Price, who opted to stay in Boston, will join fellow Cy Young winner Rick Porcello to round out the two and three holes, and Eduardo Rodriguez will likely anchor the rotation to start the season.

While the closer position remains a question mark going into Thursday, Ryan Brasier seems to be manager Alex Cora’s most likely candidate to come out in the ninth inning.

Usually, nothing excites me quite like the start of baseball season. The rhythms of the game, the certainty of the schedule—it’s as close as I get to a religious experience. Yet it seems surreal that a mere 16 years ago, at this moment, I harbored so much hostility, anger and despair.

And now, on the brink of my 44th birthday and the first time on Opening Day I can remember coinciding with the first pitch, I am serene and I am happy.

Could this be a bad thing?