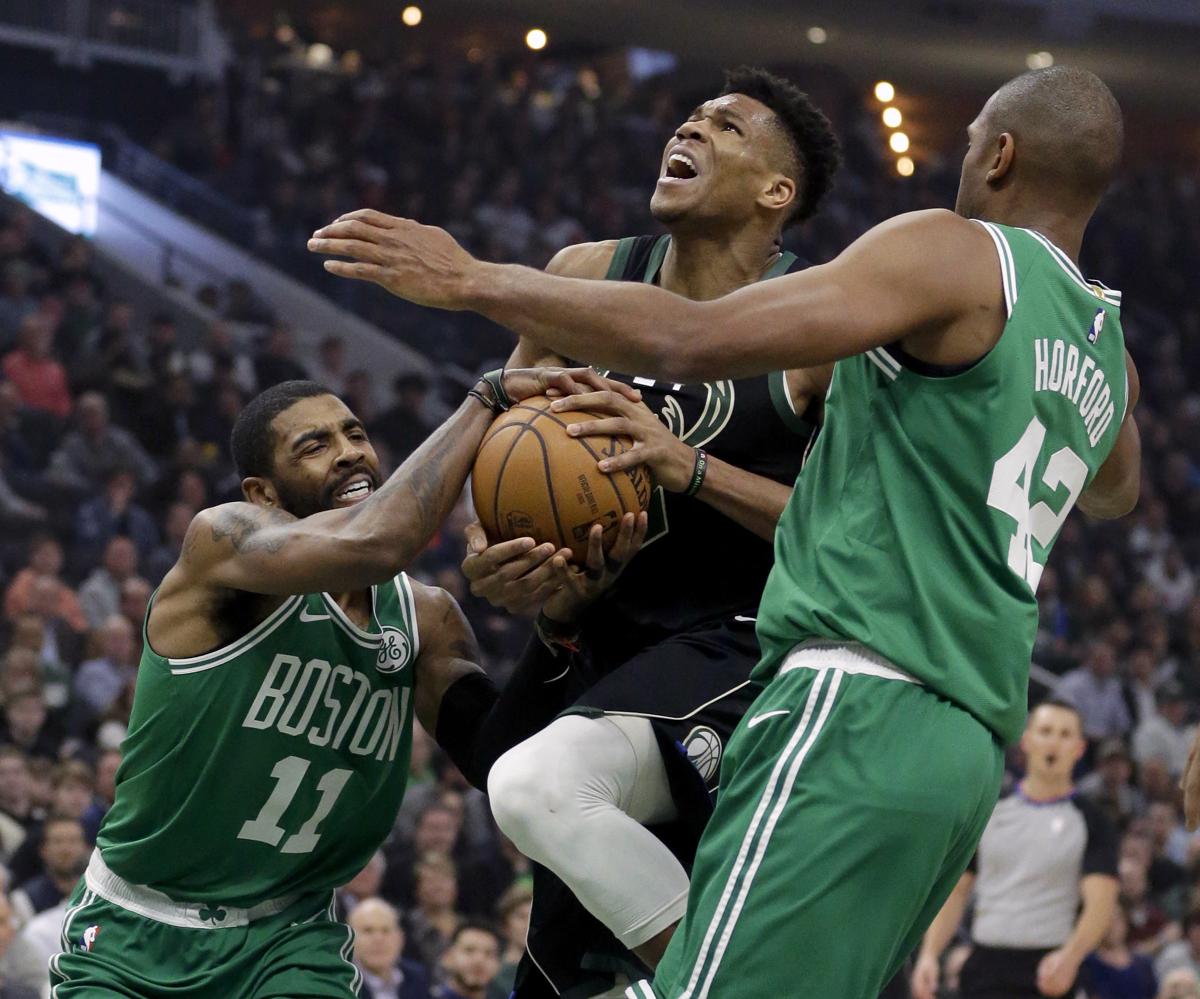 The Celtics showed that their chemistry problem is in the rear view mirror as they brought their brooms out to sweep the Indiana Pacers. While the sweep was nice, the Celtics can’t rest on their laurels, as they have to do battle with the No. 1 seed Milwaukee Bucks starting today at 1:00 p.m. While 1-4 matchups aren’t usually the closest of contests, recent years have shown that there can be an upset, as seen by LeBron James asserting his dominance as the King of Canada by sweeping the No. 1 seed Raptors last postseason. While the Celtics may not sweep the Bucks, they can beat them, and here’s how they’re going to do it.

Giannis Antetokounmpo is the MVP front runner who has posted numbers this season that are rivaled by the all time greats of the NBA. He is the best player in the series(Sorry Kyrie) and for me to say the Celtics need to stop him is absurd. You can’t stop a player of his talent, Giannis will get his scoring in this series. There is a difference however, between stopping and containing, and the Greek Freak can be contained. If the Celtics can clog the paint and force Giannis to shoot for the outside, it severely hinders his half court game. If Giannis isn’t able to drive, he can’t kick to the outside, which takes away a lot of the Bucks offense. Giannis will still make the Celtics defense look like Swiss Cheese at times and will do things on the court that will leave your jaw wide open, but if the Celtics can keep those plays to a minimum, they’ll have a real shot to win this series.

While Giannis doesn’t have the best of jumpshots, the rest of the Bucks can pick up the slack, Khris Middleton is an All-Star 3 point marksman, Brook Lopez has become the third splash brother all of a sudden, and the Bucks have multiple shooters off the bench like George Hill and Nikola Mirotic. Any of these players can catch fire against the Celtics, and that is a nightmare scenario. The Celtics can’t afford people not named Giannis to score 20-30 points, that mixed with Antetokounmpo’s output pretty much guarantees a Celtic loss. The Celtics need to hug the Three Point line for some of these players, and play the shot on every pick. Let this team beat you from the mid range, because if you let them shoot over the top, it’s gonna be a quick series.

Gordon Hayward’s upward trend might of reached the next level during Game 4 of their first round matchup against the Pacers. Hayward was 7-9 from the field and 3-3 from three in a 20 point performance to close out the series, the most important thing that Hayward did on the court that night though didn’t even show up in the stat sheet. Hayward took the ball out of bounds in the second half, dribbled down and slammed it on Myles Turner. The shot didn’t count because of an offensive foul, but that meant so much more than 2 points. That play showed that Hayward has his confidence back, and is no longer playing scared of hurting his ankle again. A confident Hayward playing at his best could end up tipping the series in the Celtics favor.

While for the most part the Celtics handled the Pacers in the first round pretty convincingly, there were some times where they let the Pacers get back in games. The problem the Celtics had during those runs is that they couldn’t get points on the board when Kyrie sat. While it is understandable that when an Offensive guru like Irving takes the bench it’s not as easy to get buckets, but the Celtics are too talented to go stretches of 3-4 minutes where they struggle to score. If they have those droughts against the Bucks it’s game over, as the Bucks are one of the best transition teams in the league. The Celtics have 4 players in Morris, Tatum, Hayward, and Brown who can effectively create their own shot, so the Celtics should be able to survive when Irving is off the court. If the Celtics can stop having these droughts on offense, they could really run away with this series

One of the biggest weaknesses that have plagued the Celtics the last couple of years has been they’re ability on the defensive glass, and that weakness will probably rear its ugly head in this series. There is no team in the NBA longer than the Bucks. With 7 foot Lopez at Center, and Giannis with arms as long as tree branches, the Celtics could struggle. The Baynes Horford lineup will be ok, but when the Celtics go small some major problems could occur. The Celtics can’t afford to let the Bucks get 2-3 shots a possession, the Bucks are too talented to not take advantage of that. All 5 guys need to rebound for the Celtics, even if that means that there’s less transition offense. Securing the ball in this series is vital, because the Bucks are lethal with 1 shot possessions, let alone 2-3.