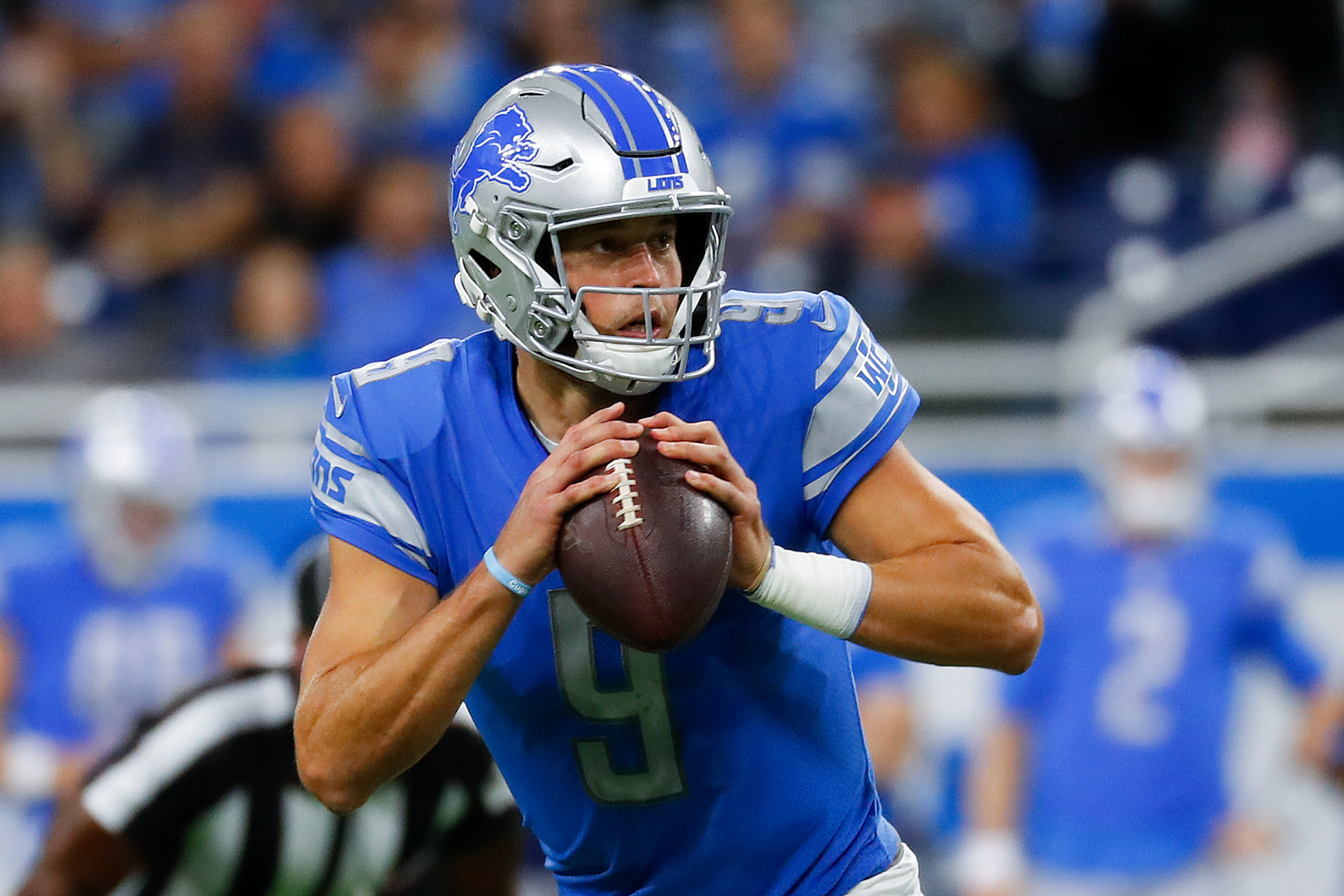 The most glaring hole on the Patriots roster is at the game’s most important position, quarterback. New England went from the GOAT to subpar play at the position and it cost the team a chance to reach the playoffs in 2020. Thankfully for the Patriots, they will have plenty of options to upgrade the position this offseason: trades, free agency and the draft. One name that should be at the top of Bill Belichick’s mind is the Lions’ Matthew Stafford.

Stafford was the first overall pick in the 2009 draft and has been Detroit’s starter ever since and the best quarterback in their franchise history. After twelve seasons in Detroit, reports have surfaced that Stafford would like to be traded and that the Lions will honor his request.

Stafford is 33 years old, which is young for a quarterback in today’s NFL. Provided he stays healthy, it is plausible that whatever team trades for him could get 6-7 years of production. And what would that production look like? Stafford threw for 4084 yards and 26 touchdowns in 2020 while being picked off ten times. All three quarterbacks that played for the Patriots this season accounted for 22 total touchdowns, only 10 of them passing. It’s no secret that New England’s pass catchers were an underwhelming group, but Stafford has a stronger arm and is more decisive than both Cam Newton and Jarrett Stidham. That alone would significantly improve the Patriots offense.

Since 2011, Stafford has started all 16 games every year except 2019 and has thrown for over 4000 yards eight times and had a completion percentage of at least of at least 64% (slightly below average) every year since 2015. One area of concern is turnovers as Stafford has a habit of throwing double digit interceptions, but it is fair to believe that better coaching, defense and a better running game in New England will all contribute to lower turnover numbers.

In order to acquire Stafford, New England would likely have to part with their first round pick and another mid round pick this year or next. The Patriots are one of only three teams outside the top 10 of the draft that have the salary cap space to take on Stafford’s contract, the other two being the Colts and Washington. Once acquired, Stafford may renegotiate his deal to lower his cap hit.  Even if he does not, New England would still have close to $25 million in cap space remaining. The overall price would not be cheap, but for 6-7 years of a top tier quarterback the value is strong.

The Patriots have several weak spots that are preventing them from being a Super Bowl contender, none bigger than quarterback. Without finding the right signal caller, New England will continue to be on the outside looking in when February football comes. The team has several ways in which they can upgrade quarterback and Matthew Stafford presents one of the best options.