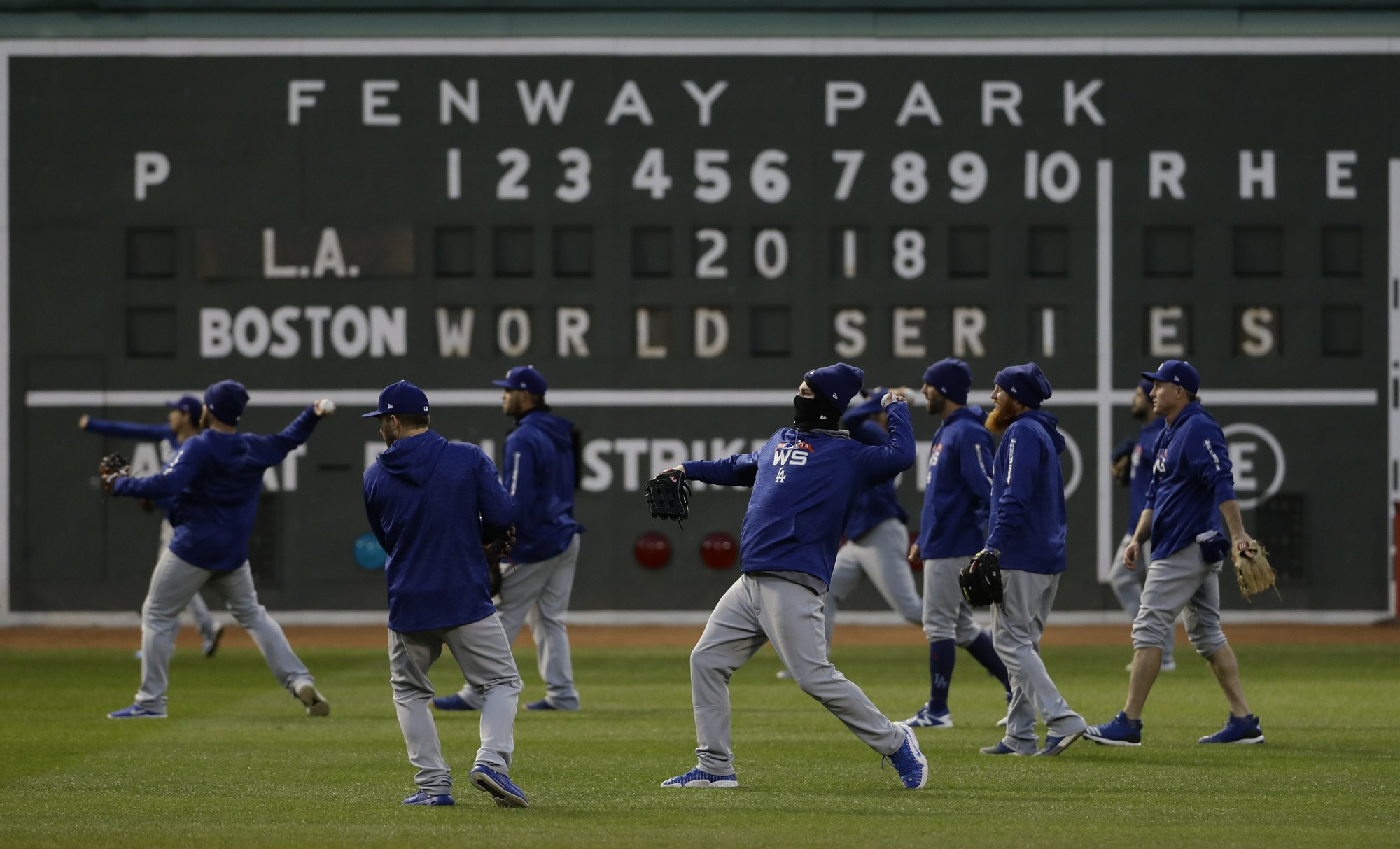 So the Los Angeles Dodgers, it is. The organization that left Ebbetts Field abandoned and ruthlessly ripped the hearts out of Brooklyn in 1957. The New York Yankees of the West Coast. Magic’s team.

It would’ve been impossible to pluck a more loathsome opponent from The National League, and now a Red Sox season that started with pitchers and catchers reporting to Fort Myers in February—when there was still a foot snow on the ground here in New England—has shrunk to a seven-game series, four wins.

And the Red Sox made it with their star bats relatively silent so far this postseason.

MVP-frontrunner, Mookie Betts has been quiet at the plate, and while far from terrible, JD Martinez has handed his big bat to the American League Championship Series Most Valuable Player.

Hang on. I have to type that again to make it real: Jackie Bradley Jr.

But JBJ is far from alone on the list of unsung Red Sox players who put the 108-game winners into the World Series.

While ace Chris Sale has been injured—damn that belly-button ring—and limited so far, Nathan Eovaldi seems to have harnessed his inner-Nolan Ryan. And the bullpen—the bane of the Red Sox regular season existence—has been bolstered with superb relief performances from Matt Barnes and Ryan Brasier, the latter whom I thought was named “Bryan” until a week ago.

Meanwhile, All-Star closer Craig Kimbrel has been routinely puking on his shirt, requiring defibrillators for fans watching his every save opportunity.

The Red Sox are even getting solid contributions from the likes of Ian Kinsler, Christian Vasquez and Steve Pearce—not to be confused with Ratt lead singer Stephen Pearcy.

The fact that a team as dependent on their superstars during their dominant regular season is riding on the wings of their unsung players only adds to what could prove to be a legendary story.

Still, make no mistake—and I said this in July—unless the Red Sox drop the Dodgers, this season will be a bust. The 2018 Red Sox have the opportunity to etch their names in baseball lore as one of the most dominant teams ever.