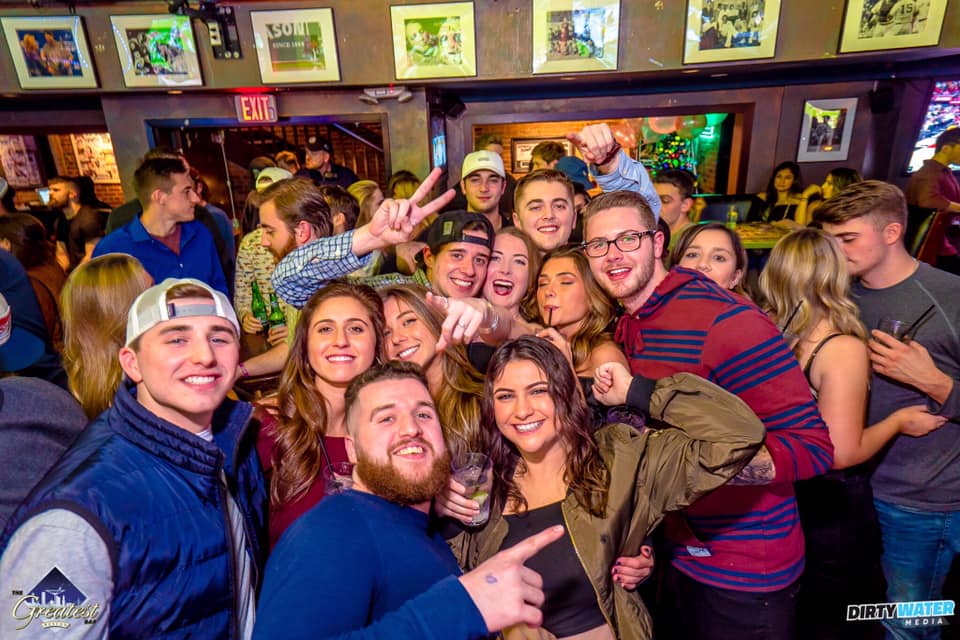 Anyone who knows me, or follows me on social media, knows that I am a bit EXTRA and recently completed a semester studying abroad in Dublin for four months!    Most people would also likely find it quite ironic that I turned the golden age of 21 a mere three days after landing in Ireland – a country that requires that you be only 18 years old to legally drink alcohol!

So of course in my “extra” way of doing things, I decided that I was going to throw a 21st Birthday party on December 29th, 155 days after my true birthday of September 5th. Now to be fair, my parents have owned a BAR my entire life and I have never been able to utilize it properly, so I simply needed a good reason to do so, my delayed birthday bash was the perfect excuse.

I arrived home about 11 days before the throw down so I had to prep fast. I thought it would be fun to share all the things I did to get 21st Birthday Bash ready! Let’s start with my outfit. As a tall female, I am someone who LOVES a killer set … a little matching crop top, pants action. So I knew I wanted something like that, which should be pretty easy to find in a gigantic mall in Boston right? Wrong. My dear mother and I spent about four hours searching through Express, American Eagle, Forever 21, two bars and the Cheesecake Factory and unfortunately came up with no luck.

My party was about a week away (with Christmas Eve, Christmas, and a Christmas hangover day wedged in between) so it was safe to say my type-A self was stressed out about finding the perfect outfit in time. That was when my mom and I decided to turn to the dark side, we started online shopping. Okay so I am not going to build it up any longer and I know this sounds bizarre but I got a KILLER outfit on nastygal.com for no more than $30, great quality, and was exactly what I hoped it would be. I had to pay a little extra to ensure it arrived on time, but you can’t put a price tag on peace of mind, am I right?

Sidenote: I also got a pretty fabulous outfit for New Year’s Eve, my back up 21st birthday party outfit.  Alas, I do not have as many photos or memories from that night … #thankstequila … but one shot survived the night!

The next thing I absolutely have to gush about is my eyelashes! I am someone who absolutely SUCKS at doing their own fake eyelashes, and honestly looks pretty weird with them 75% of the time. So I decided to try something different. I went to the incredible Jaime Ross (@beautybyjaimeross) at Plastix Salon in Wakefield and got my first-ever eyelash extensions! I am now addicted and consider myself a Jaime Ross client for life!

Having never had fake eyelash extensions before, I was super nervous going into it.  My paranoid internal voice was shooting thoughts of “will it hurt?” “Will I look my eyelashes are going to fly off my face?” “Will I want to rip them off?” The answer to all those dumb questions is NO! Jaime could not have made me feel more comfortable and did an absolutely GORGEOUS job. I have never loved the way my lashes look as much as I did when she finished them. In fact, I have not needed to use makeup on my eyes since having them done … not even on the night of my big bash! You just wake up pretty, it’s liberating and incredible.

Every good party needs three things; an outfit, great eyelashes, and of course somewhere to sleep after. I knew I was not going to want to haul it all the way home via train or Uber after the night of my party and I had been dying to stay at the Courtyard by Marriott, which is super close to the Greatest Bar, so I truly made a night of it and booked a night there!

The Courtyard Marriott is beautiful inside, with a lovely restaurant, bar, and most importantly Starbucks. My favorite aspect was the hotel’s location, right across from the TD Garden and overlooking the Leonard Zakim Bridge.

Acknowledging that it is a bit out of the ordinary to throw a 21st Birthday Bash nearly four months late. But turning 21 is a milestone that most everyone looks forward to and there was just no way I was going to miss out on celebrating it in a big way.  After being away for four months, I was so happy to gather with family and friends at my family’s bar, with my favorite DJ Tone Terra, an amazing outfit, fabulous eyelashes, and an overnight stay at the newly opened Courtyard Marriot. After being abroad there were so many people that I had missed and was overjoyed to see. It was an incredibly special night.

Pour a Cold One at Tap City Grille Hyannis