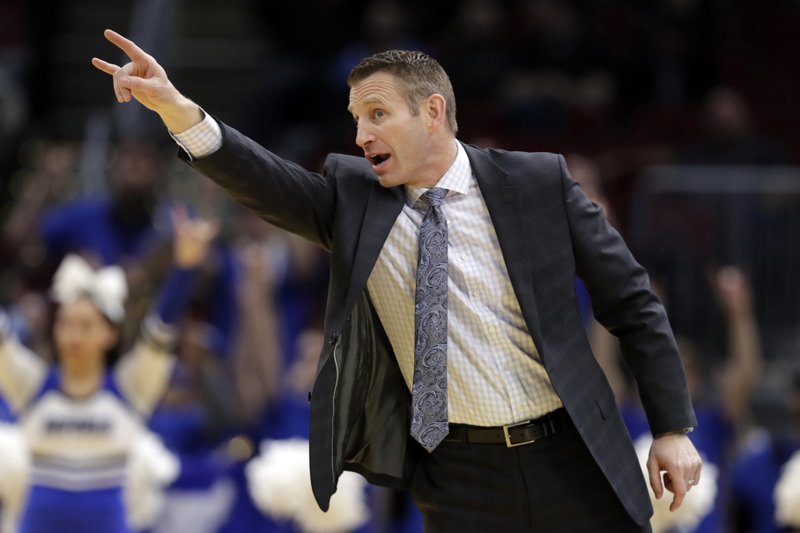 Time to punch in.

By now, you’ve probably heard the old adage about “hard work paying off.” Frankly, probably more times than you’ve poured a cup of morning coffee or tea. That’s because it’s true. After all, sayings are proven right more than a few times before they become part of our lexicon. Since attending my first Pistons game of the early 90’s “Bad Boys” era, I’ve been a big basketball guy. But above all, it’s the work and commitment that goes into building a contender I find so irresistible.

The 2020 NBA Playoffs have not only been irresistible, but super fun too. We’ve been treated to overtime showdowns and a 7-game battle between the Nuggets and Jazz. We saw Luka Doncic reach superstardom with his ice-cold buzzer-beater versus the Clippers, which echoed Damien Lillard’s stirring series-winner versus the Thunder last year. And the best part? Brad Stevens’ Celtics are right there. Preparing for the Eastern Conference Finals after eliminating the defending champion Toronto Raptors in a seven-game classic.

Boston’s formula of elite defense and three-point shooting, which I am dubbing “Splash Brothers East” right now, is the vision of a coach fueled by his love of the game and his willingness to put in the work. Stevens is one of the best coaches in the game because of his work ethic and passion for the game. It got me thinking: who is the next Brad Stevens? Is there another? Yes. Just as Yoda told Luke of “another Skywalker,” there is a coach whose skill and personality matches that of Stevens.

Say hello to Nate Oats: head coach of the Alabama Crimson Tide’s Men’s basketball team. He and Brad have more in common than a Midwest upbringing. In 2019, Coach Nate left the Buffalo Bulls of the Mid-American Conference to take the job down in Tuscaloosa. Much like Stevens did at Butler University, Oats enjoyed sustained success, helping to build a consistently winning program.

Oats and Stevens both incorporate metrics and solid fundamentals into their game plans. Marcus Smart’s five three-pointers in the fourth quarter of Game 2 versus Toronto were no mistake. If you’ve got an open three, you shoot it. Three is worth more than two, so shoot your shot. Just be sure there’s not a host of defenders in your face when you do it.

It sounds cliché, but both coaches are so good at what they do because their players adapt to the flow of the game so well. If mistakes are made, that’s fine, so long as the effort was there. “Each game you’re going to have turnovers and other mistakes, but you have to be ready for the next play,” as Coach Oats would put it. That philosophy is employed by all successful teams in sports and serves as a steady baseline mentality from game to game.

It’s that work which creates frequent opportunities for success when it comes to these two coaches. Stevens made a name for himself at Butler by showing up for big games in the underdog role. He became known for making upsets versus teams like Michigan State seem routine. In his time at Buffalo, Oats delivered similar results upsetting Goliaths such as Arizona and turning his team into an NCAA Tournament mainstay.

Staying in the moment and staying humble produces results. Always. It just takes coaches willing to stick with the process. Finding ways to win with consistency and enough unpredictability to keep opponents guessing like on Who Wants to be a Millionaire?. Those are crucial factors in building a championship program, of which Oats and Stevens respectively, are keenly aware. In Oats’ first year at Alabama, the Crimson Tide toppled SEC foes Auburn and LSU. These are two signature wins for Oats in his inaugural year which showcased the type of basketball a Nate Oats team is known for, ever since his days coaching at Romulus High School.

As the sports world welcomes back football, don’t cut out basketball from your diet. Brad Stevens’ Celtics have more than an outside shot at the franchise’s eighteenth NBA Championship. It should be a good watch. Another good watch will be Nate Oats and the Crimson Tide lacing up later this Fall. When you tune in, you’ll notice the similarities and that same relentless effort. The student section at Coleman Coliseum even wear hard hats, serving as a reminder of the “blue collar” playing style the team embodies. Everyone does their part. And that includes Oats and Stevens: two coaches who know what it takes to turn in a body of work worth admiring.