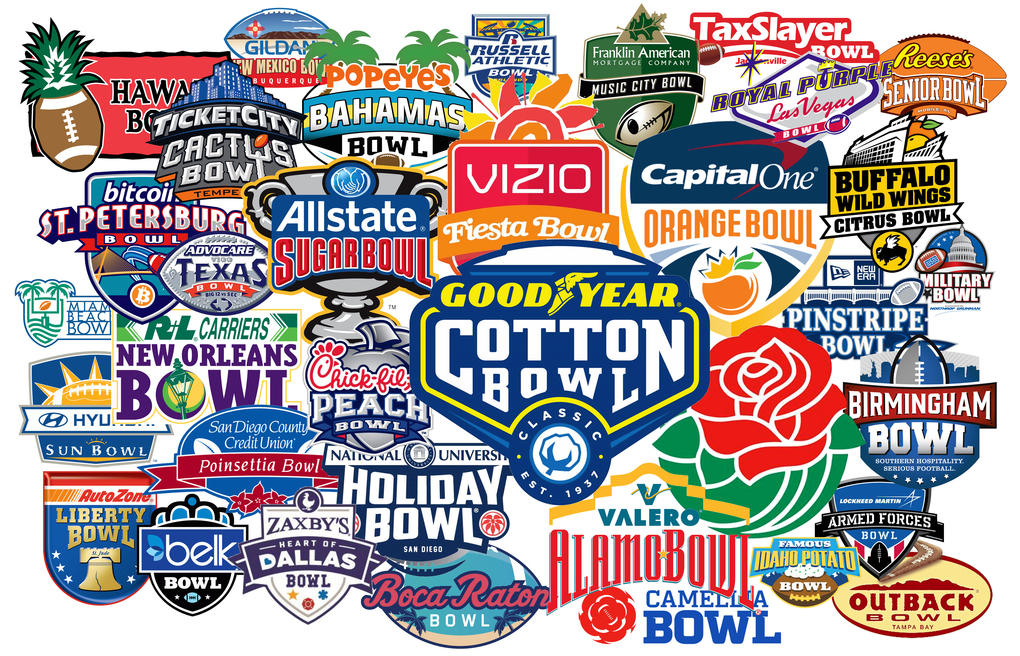 Take your seats, everyone, please.

Class is in session yet again for one of the best and underrated events on the sports calendar: Bowl Mania. After fourteen weeks of fight songs, touchbacks, and beer pong, college football’s bowl season is finally here. All told, this year’s slate features 41 games, including the four-team College Football Playoff, consisting of Alabama, Notre Dame, Clemson, and Oklahoma.

A little more on this field and their journey here: Since its inception in 2014, the College Football Playoff represents a quartet of the most elite teams. There are two semifinals, and the national championship.

Alabama and Oklahoma are the stalwarts of the playoff. Kind of like the Patriots and Colts from 2004, in a way. You could throw Clemson in there too if you wanted. The real story is Notre Dame. The Fighting Irish don’t belong to any of the so called “Power 5” conferences. In fact, they’re independent. This means that each year, they play one less game than a team like Oklahoma, for instance, which plays twelve games plus the Big 12 championship game.

The Irish, led by Brian Kelly and their star quarterback Ian Book, passed all the eye tests and satisfied all the metrics to earn a coveted spot. The stage is set for a riveting finale. But what about the other games? That’s where it gets fun.

Maybe you noticed, or maybe not. But, the Boston College Eagles battled their way to a 7-5 record this season before getting short-changed by bad weather at Boise State, the kings of Smurfville, the night after Christmas.

Boston College competed in close games and blow outs this year, confounding pundits who don’t know how to categorize them. Steve Addazio’s program notched surprising victories over teams like Miami and Virginia Tech. Yet, fell short to Florida State, an iconic program in purgatory right now.

There are a few dozen bowl games in progress right now until January 2019, when the national championship is determined. With this slate of bowl games, both schools and fans alike benefit: the student athletes get one more chance to showcase their talents on national television, travel to diverse locales, and, I hear their gift baskets are cool. From a fan’s perspective, you get more of a sport you love, while participating in challenges like “Bowl Mania”, a pool not unlike March Madness.

This tournament revolves around “confidence points”, which work like this: pick a winner for each game, then, wager how many points of confidence you have that they’ll win. There are 41 games, so bet 41 for the surest thing, and 1 for the toss ups no one can tell. That’s it. A great way to start the new year with bragging rights, and proudly flaunt your school colors.

How fun does that sound? It sounds exceedingly fun, and yet, some analysts and message board regulars say there are too many games? I call shenanigans. If anything, there should be more. Get a couple of the online or culinary schools involved, I’m sure they have students willing to suit up. I jest, of course, but seeing as we are relatively early in both the NBA and NHL seasons, waiting for the NFL playoffs, and three months away from baseball, it’s a welcome distraction.

We’re at risk of losing it. If we don’t watch these games, they’ll be gone, and subsequently the opportunity for witnessing incredible plays. Even if teams like Michigan State, Stanford, and Georgia generate more interest, smaller schools earned the right to play a postseason game, and that shouldn’t be taken from them.

When I was an undergrad, I breathlessly looked forward to watching these games, because I could feel them. Bowl games let me know it was Christmas time. For me, and countless others, this means Playstation with my brother, Saturday Night Live skits, and yes, Christmas cookies

This holiday season, treat yourself to something out of the ordinary: sit down and watch these bowl games, I mean really dig in. I’m confident you’ll like what you find: fierce competition for pride and spirit. But don’t take my word for it, turn on your big screen TV and see for yourself.

Jon Lyons - May 14, 2021 0
The Bruins open up their quest for the franchise’s seventh Stanley Cup on Saturday night when they take on Washington in Game 1 of...