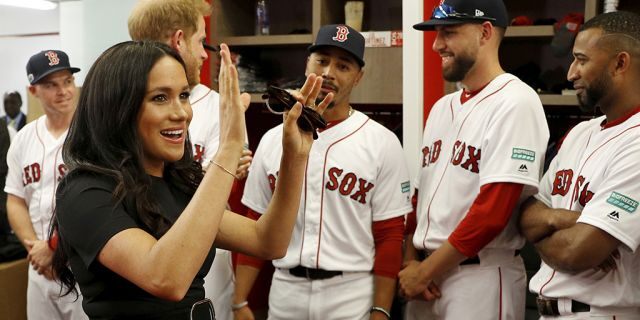 When it comes to colossally stupid plans to seduce fans, Major League Baseball has cornered the market among the four major sports.

Let’s examine some of their inglorious hits from the last few decades.

We’ll begin with inter-league play, an idea that utterly demythologized the allure of the World Series, where the best teams of both the American and National Leagues, respectively, once faced off in a truly unique event for both leagues.

Then, after an All-Star exhibition game in Milwaukee in 2002 that ended in a 7-7 tie, the MLB decided that this inane love-fest between the leagues’ best players was, suddenly, “going to matter.” The winning league would now gain home field in the World Series—an idea so ridiculously dumb and competitively absurd that it barely warrants comment.

And here we are now with perhaps the most egregious idea to date: MLB decided that they were going to extend baseball’s greatest rivalry to “fans” (i.e. vastly indifferent Brits) across The Pond. The problem being that there is no evidence that anyone in England viewed these games as anything other than a strange spectacle, a sideshow  and a perverse peek into The States’ national sport.

The Boston Red Sox and New York Yankees faced off last weekend in what seemed to be a whiffle ball field for two games that could determine the trajectory of the season for the Red Sox.

And the result for Boston fans was nothing short of a shitshow. The Red Sox pitching, particularly an atrocious bullpen, coughed up 29 runs in two losses the Bombers, who extended their lead in the AL East to a near-insurmountable 11 games.

Any Red Sox fan who was behind this idea, quite frankly, must’ve been cooked on Massachusetts’ best recreational weed.

Listen, I get what MLB—most likely Sox owner John Henry with ties to a soccer team in Liverpool—was trying to accomplish. With the pace of the game driving younger fans away, and the sport waning as a whole in this country, perhaps they were trying to expand their audience. The NFL has done it—with questionable success—and baseball, after all, has its roots in the British game of cricket.

But baseball, with a 162-game season, where teams play nearly everyday from April to October, depends on rhythm and rotation, and using this mid-season circus act was a joke on-par with Joe Biden’s recent 2020 presidential run.

For starters, both teams will suffer, on some level, from the travel and return. Pitching rotations were compromised, and the hitters in any kind of groove don’t need the four days of traveling there and back to mess with their swings.

(Note: as a Red Sox fan, if the Sox stand a chance at the AL East, they might benefit from the Yankees and Rays playing a four-game series in Siberia, mid-August.)

Then there’s the cultural incongruity. Taking in a baseball game, as an American fan, traditionally involves a hot dog and a beer/soda, not toast and tea or fish and chips.

I’m not some curmudgeon opposed to encountering new things, but the Red Sox and Yankees were playing meaningful games in a country where their football doesn’t involve bone-crushing hits.

Maybe I’m wrong. Maybe I’m bitter. I don’t usually take such incendiary stances on baseball but, to me, this ploy was silly. And in a season where the Red Sox couldn’t afford to get swept out in games where they were the home team, I’d rather see Fenway than a carnival barker.