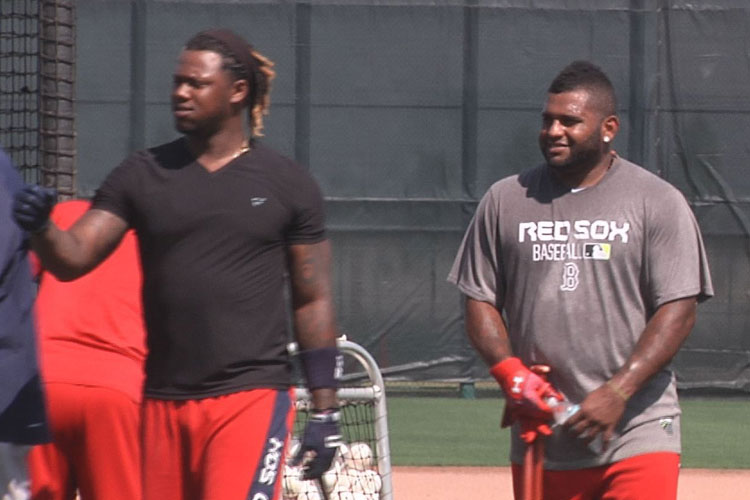 What a charmed life a professional baseball player must lead in the offseason. Seventy years ago, baseball players would have to sell vacuums or suits or crunch numbers in accounting books (assuming your name wasn’t Joe DiMaggio) to make ends meet during the winter. These days, they have one job and one job only from October—assuming they’re not in postseason after finishing in last place, say, three of the past four seasons—to when they report to spring training in February: Stay in shape.

Imagine it. Every day your only responsibility is to get your ass to some cushy athletic complex and train. Like many working class mules, I struggle to squeeze half an hour into my schedule to work out at Planet Fitness three times a week, and these guys roll in millions to go to the gym.

To say that Hanley Ramirez and Pablo Sandoval had disappointing 2015 seasons is like saying Coldplay was a little underwhelming at the Super Bowl half time show. Wrong. They sucked. And not only did Ramirez and Sandoval suck—Coldplay has always sucked, so no surprise there—but the apathy tethered to their sucking was infuriating to watch.

But now, if reports are true, we might expect a svelte new shine at the corners in Fenway Park this season. Reportedly, Ramirez has trimmed down 15-20 lbs. and Sandoval, who showed to spring training for his first season with the Red Sox looking like he ate Buster Posey before leaving San Francisco, has also allegedly dropped two dimes as well.

Maybe this is some indication that both players, who will likely be the Opening Day starters at the corners on April 4 in Cleveland, have some interest in the team’s success moving forward. Certainly, manager John Farrell, who Dave Dombrowski will shit-can if the team is sub-.500 by Memorial Day—if not sooner—has some incentive to push them.

In reality, I can’t buy into the fact that even a skinny Hanley Ramirez at first base will end any better than any of my relationships with my college girlfriends. In other words, it’ll be clumsy and awkward and, ultimately, a train wreck. Anyone who thinks that shedding weight is going to compensate for Ramirez’s complete indifference to the defensive aspect of his game might also believe that Donald Trump is going to “make America great again.” This disaster scenario is not a matter of “if” rather “when” the bottom falls out on this experiment.

Sandoval, on the other hand, is still salvageable. Last season, he put up the worst statistics of a somewhat milquetoast statistical career. And a big part of the problem was the fact that he was out-of-shape. When Sandoval had to come out of a game against Toronto after getting dizzy running out a sacrifice fly, it seemed apparent that the Red Sox bought a lemon. But Sandoval, if not consuming Scooby-snack after Scooby-snack, is a decent third-baseman and a proven postseason threat. Is he worth a $95 million contract?

There is a lot to be excited about as the Red Sox enter spring training and many interesting story-lines to watch. However, the fate of the Slim-Fast Brothers could be the linchpin to this season’s success.