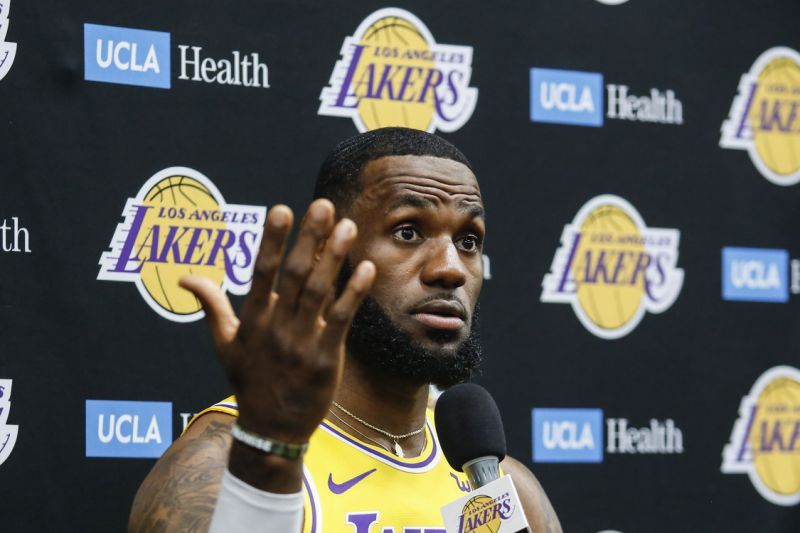 LeBron James is one of the biggest supporters for equality in not just the NBA, but in all of sports. His outspoken actions have included standing with Trayvon Martin and speaking out against former Los Angeles Clippers owner Donald Sterling. He did not sit down when Fox News host Laura Ingraham told him to “shut up and dribble,” creating a pathway for other athletes to stand up for social issues. His “I Promise” school is giving kids an opportunity to go to college, and giving free education to hundreds of students. For everything that James has done for the country and local communities, why is he so hesitant to take a human rights stand against China?

Hong Kong has been protesting for basic human rights for months now, prompting Houston Rockes GM Daryl Morey to tweet out a picture stating “stand with Hong Kong”. This has caused outrage from the Chinese government, who have pulled Houston Rockets game off of television and have asked for Morey to be fired. The NBA has lost sponsorships from Anta and Li-Ning from the comments.

Instead of defending Morey for freedom of speech, a first amendment right, the NBA has condemned his comments saying how his views do not coincide with what the league thinks. LeBron took it a step further. “Yes, we all have freedom of speech, but at times, there are ramifications for the negative that can happen when you’re not thinking about others and only thinking about yourself,” James, the poster boy of the NBA, said regarding the ongoing controversy. Sometimes you have to think through things that you say that may cause harm not only for yourself, but for the majority of people. And I think that [Morey’s tweet] is a prime example of that…. I believe he wasn’t educated about the situation at hand.”

James, a primary voice for off-court issues in the NBA, chose not to defend Morey for telling the truth about China. He was supporting Hong Kong because they are fighting for their democracy, and communist China has not allowed them their freedom. LeBron says that there are negative consequences for bad mouthing, which is he not wrong about.

Because of a single tweet, Kevin Smith of Yahoo Sports says that NBA teams are planning to lose 10 to 15 percent of the cap room due to loss of profit from China. James was right in saying there are ramifications, but who cares if there are any? Former NFL quarterback Colin Kapernick gave away millions of dollars for standing up for what was right. Celtics center Enes Kanter can’t leave the country for fear he could be assassinated due to his comments about Turkey. James and the NBA is letting China censor them, which goes against everything they have preached over the years.

LeBron applauded Nike when they ran the slogan “believe in something, even if it means sacrificing everything”, so why isn’t he doing the same for Hong Kong? Is it because China is expected to become 20 percent of the NBA’s revenue by 2030? Could it be that Nike sold over $6 billion worth of merchandise in China in 2019? When LeBron stood up for what he believed in, the NBA applauded, so why are they giving Morey the cold shoulder? They are doing it because their pockets weren’t affected when LeBron spoke his mind. When NBA coaches Steve Kerr and Greg Popovich badmouthed the president, the NBA didn’t backtrack their statements. That’s because the president doesn’t write the NBA’s checks. LeBron stood in front of the ESPYS crowd saying how hate and bigotry must be fought, and years later he’s defending the people who are supporting hate.