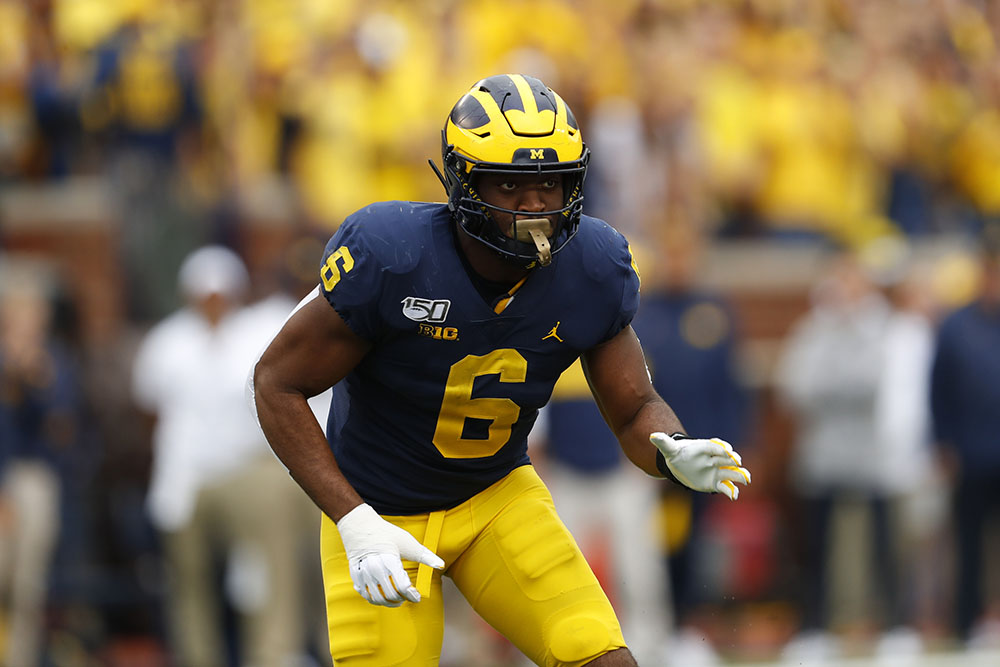 The Patriots added a lot of youth to their roster on draft weekend by picking ten players and signing 16 undrafted free agents. Of those 26, some will make an immediate impact on the field while others will never see game action. The hope for the Patriots is that more will fall into the former category than the latter. Of those that will see playing time, the biggest contributor could be anyone. Defensively, that someone will be Linebacker Josh Uche.

Uche was the Patriots second pick and played his college ball at Michigan. Uche is an intriguing prospect because although he played in 35 games from 2017-19, he did not play significant snaps week in and week out until his senior year (52%), however, he has all the raw athletic skills that a team would want in a high draft pick.

At 6’3” and 226 lbs., Uche does not fit the prototypical size for a defensive end or an outside linebacker on the Patriots (all returning OLBs on the Patriots depth chart are listed at 250 pounds or more) but brings an athleticism that is lacking in the Patriots linebacking group. Uche did a little bit of everything for Michigan, from blitzing to dropping into coverage. That’s exactly what the Patriots will ask him to do.

One thing NFL offenses try to do is get a defense in the wrong personnel group to defend them. A great example for Patriots fans is the touchdown drive in Super Bowl 53, when the Patriots brought in a big personnel package and the Rams countered with their base defense. Because the Patriots had unique athletes in that package such as Rob Gronkowski, Rex Burkhead and even fullback James Develin, they spread the formation out and the Rams were unable to cover all the open space with their bigger linebackers. Having a player like Uche on defense can help combat that.

The Patriots will have new faces in many places in 2020 and will need those new faces to play well to continue their run as perennial contenders. Uche has an opportunity to see the field quickly and has the raw talent to make an impact. If he can refine himself in the run game and hold up against heavier players, he will become the Patriots most recognizable rookie defender.