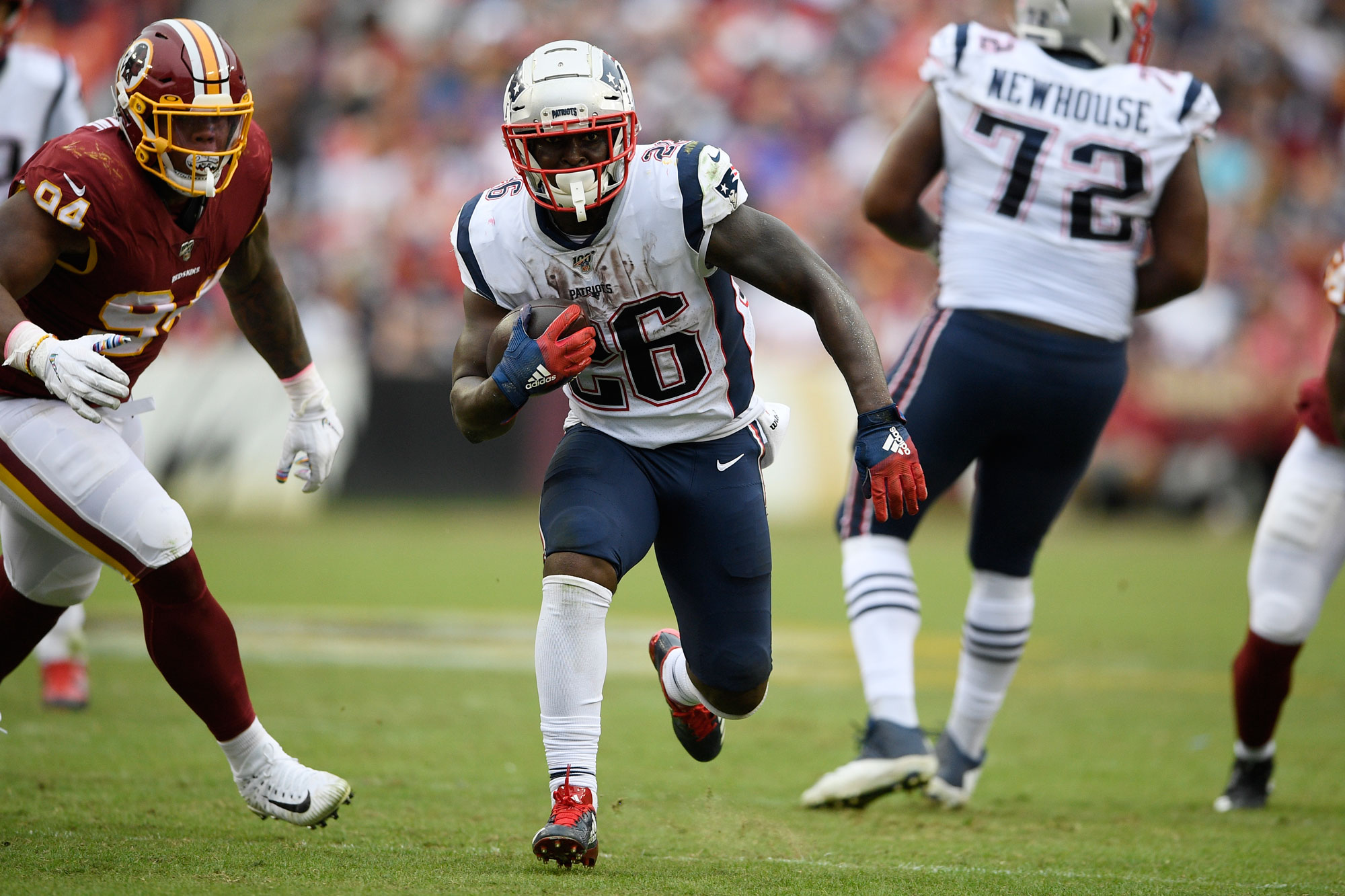 The Patriots offense put 33 points on the board in a win over Washington Sunday that led to Jay Gruden’s firing, but one factor in their strong day, and especially strong second half, was new. That change was a renewed emphasis on Sony Michel in the passing game. Michel had not seen this much action on passing plays since week two of 2018 against Jacksonville. If the Patriots continue this trend, it will open more avenues for their offense and make them much more difficult to stop.

Michel was a prolific pass catcher while in college, totaling 64 catches for 621 yards and six touchdowns while at the University of Georgia. That had not translated much to the NFL, however, and Michel was largely a run-only player with the Patriots throughout his rookie season. That trend continued early this season until this Sunday. The Patriots split Michel out wide on the first play of the game and threw to him on a swing route out of the backfield on the second play. On the Patriots first touchdown drive (their second possession), Michel had a key 15 yard catch to set the Patriots up at the Washington nine yard-line.

Although Michel only had three catches, he averaged over 10 yards per catch and it added a new dimension for Washington to defend. The Patriots had been running the ball on over 80% of snaps that Michel was in the game, which is simply too predictable in the NFL. Given that Washington had to at least somewhat respect Michel in the passing game, it made it easier for the Patriots to run the ball in the second half. New England made a concerted effort to run in the third quarter to get their offense going and Michel was a large part of that. In total, he finished the day with 91 yards rushing on 16 carries and scored once.

It would be incorrect to say that Michel had a breakout performance and is now a dangerous, dual-threat running back, but Sunday was a step forward for him and the offense. If Michel can keep building on his work in the passing game, Tom Brady will have another weapon to utilize when throwing. This will also make the Patriots offense extremely difficult to stop, given that teams won’t have the Michel-run tendency to key on.

James Puopolo - March 4, 2021
0
Spring training is underway, we are weeks away from a limited number of fans being able to pay for an overpriced beer and enjoy...