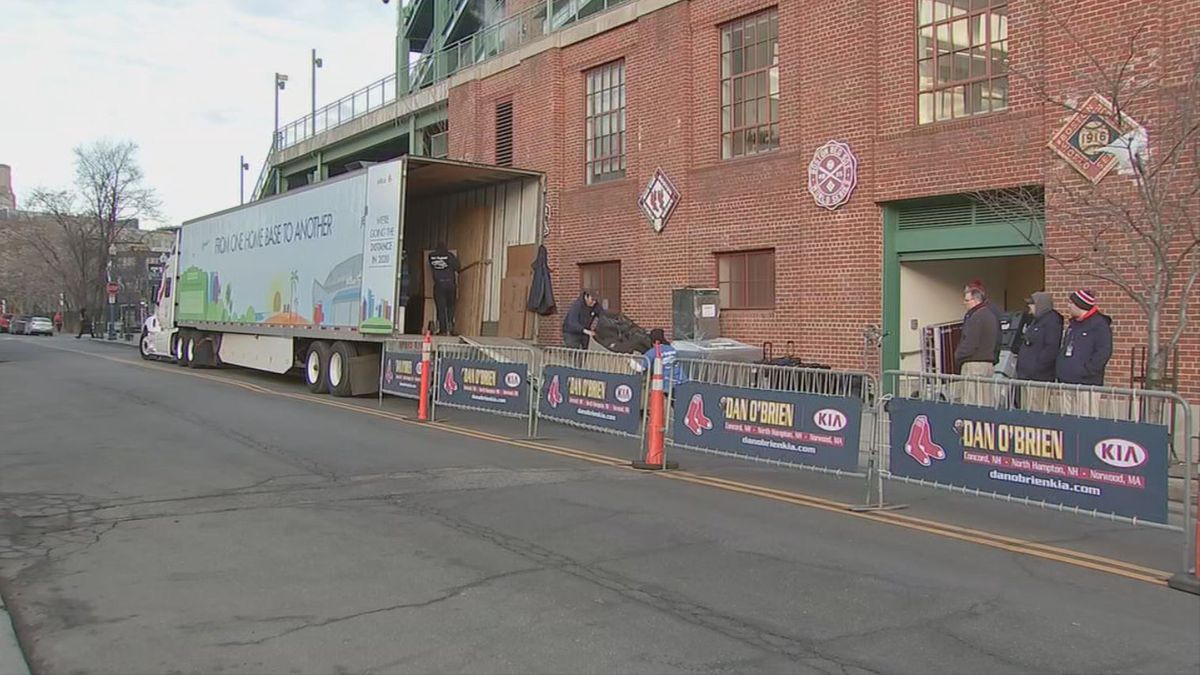 Monday was Truck Day, a Red Sox fan pseudo-holiday celebrating the transportation of equipment from New England to Florida. A few years back, people packed into Yawkey Way to catch the first sniff of baseball season.

Yet on Monday, the tumbleweed tumbled down near-empty streets, the winter wind whistling behind it. Sure, a smattering of diehards showed up to pay homage to the trucks, and Dick Flavin probably recited another vicariously embarrassing baseball poem, but it otherwise went largely unnoticed.

Elsewhere, while most of us recovered the visceral shock that follows the official end of football season, the Red Sox front office was busy working out a deal to send their franchise player to LaLa Land.

Then on Tuesday night, while the middle-school kids in Washington were busy snubbing each other and tearing up their social studies tests, the Red Sox officially announced that former MVP Mookie Betts was traded to the Los Angeles Dodgers, along with resident albatross David Price, for Alex Verdugo and Brusdar Graterol.

No. I don’t know anything about these guys, either.

Obviously, parting ways with a popular talent like Betts leaves many Sox fans with a bitter taste on their tongues.

But the truth of the matter is that management was never going to match Betts’ price, and he was walking after next season anyway.

But the truth of the matter is that the Red Sox owner John Henry gave a clear directive to Chief Baseball Officer Chaim Bloom to shed salary and get the team under baseball’s Competitive Balance Tax.

But the truth of the matter is that this trade makes the team discernibly worse.

But the truth of the matter is that ownership will still have the audacity to raise ticket and concession prices at Fenway Park, and people will pay through the teeth to watch the fourth place team in the AL East.

But the truth of the matter is that pitchers and catchers will be reporting to Fort Myers for spring training in less than a week, and the Boston Red Sox still don’t have a manager.

But the truth of the matter is that at one time that stupid truck pumped us up, and now our hands are our jammed in our pockets, and we’re scowling and turning our cheeks to dodge Flavin spittle.

Monday was Truck Day, and it went largely unnoticed, an ominous harbinger for the season to come.