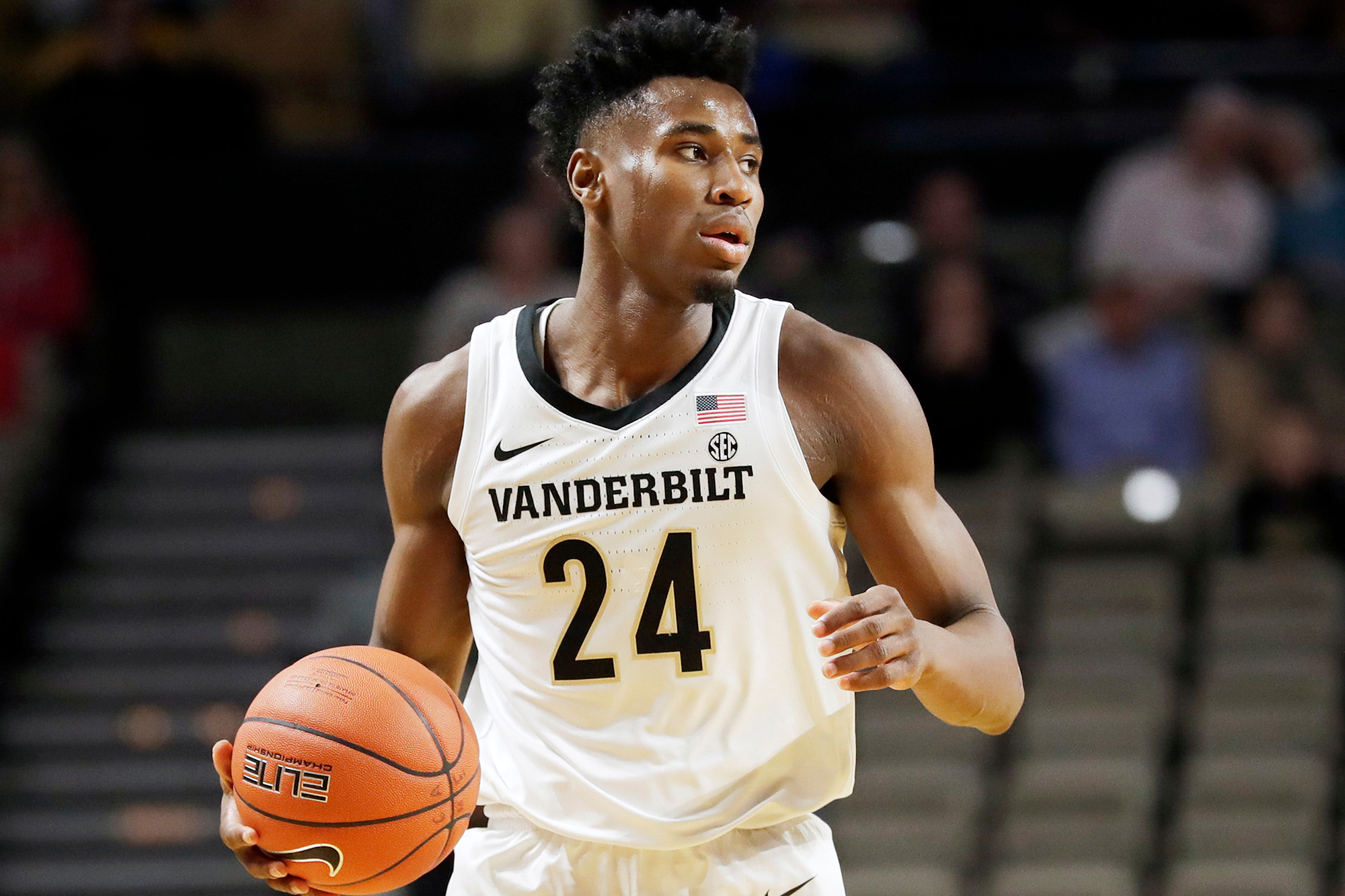 After a flurry of speculation, the Celtics ended up holding on to their first selection in Wednesday night’s draft and selected Vanderbilt’s Aaron Nesmith with the 14th overall pick. The small forward spent two seasons at Vanderbilt and dramatically increased his production from his freshman to sophomore year. The Celtics have had more than their share of misses in the middle and late first round over the past 10 years, but Nesmith is a pick Celtics fans can be happy with.

Nesmith’s best attribute is his three point shooting. He knocked down 52% of his threes in 14 games last season and averaged over four made threes per game His 23 points per game overall was good for seventh in all of the NCAA last season. The Celtics have had a dearth of scoring off their bench in recent years and could sorely use a player like Nesmith who can enter the game and knock down threes. Nesmith himself should at least help the Celtics get out of the bench scoring cellar; they ranked 29th in the NBA last year in that category.

At 6’6” and 213 pounds, Nesmith brings a level of size, especially height, that recent Boston first round picks Carsen Edwards and Romeo Langford did not. His overall game is not totally polished, but he has shown an ability to finish at the rim and could be a really-good to great NBA scorer if he continues to build that aspect of his game. If not, he will still be able to carve out a role with Boston for his three point shooting alone.

The Celtics have yet to make the big splash many are hoping for (cough, cough James Harden), but in selecting Nesmith they have added a young player who should contribute off the bench right away. This pick does not vault the Celtics to the number one spot in the Eastern Conference, but they are definitely better than they were when the draft began.