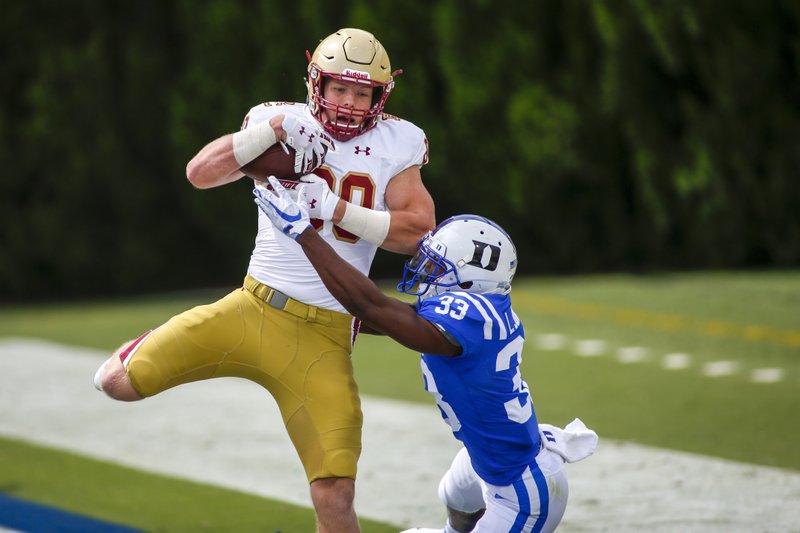 Boston College, like most other colleges, has gone through a roller coaster this offseason. It kicked off with the hiring of former Ohio State defensive coordinator, Jeff Hafley.

Hafley was able to secure the transfer of Phil Jurkovec, from rival Notre Dame and planned to use him to replace the gap at QB left by Antony Brown.

Then, Hafley was able to flip a 4-star recruit from The University of Florida, named Clinton Burton jr. The cornerback is the highest recruit that BC has ever signed. That is a MASSIVE steal. To be able to secure a young player from a top tier school can be the first spark that lights a fire of recruits. Fair note, we won’t be able to see the talent of Burton, until 2021.

I somehow managed to skim over a major gap in the Hafley saga, COVID-19 almost canceled the season. Hafley was signed to the team in December and was working to secure all these top talents in June and July, near the peak of the pandemic.

Despite all odds, we have a college football season. Hafley’s eagles kicked off Saturday against a strong Duke offense. The boys delivered in a big way by winning 26-6.

The transfer QB, Phil Jurkovec, was able to overcome a slow start and finish with 300 passing yards and two touchdowns. Sophomore WR, Zay Flowers, had a day with 162 yards and a touchdown on five receptions. Zay is blooming into a potential deep threat for this new offense(see what I did there? Flowers? Bloom? Okay, back to sports).

The offense was entertaining, but defense wins championships as that is Hafley’s bread and butter. They shut Duke out in the second half and forced five turnovers all game.

Say what you want about Duke being a bottom tier ACC team, it was still a strong performance that gives the BC faithful something to be optimistic about. They are in a division on the rise, and BC rising with the competition.

They finished the game with a strong singing of their fight song“For Boston.” An encouraging sign of what is to come. The Eagles are undefeated and so is their social media team.