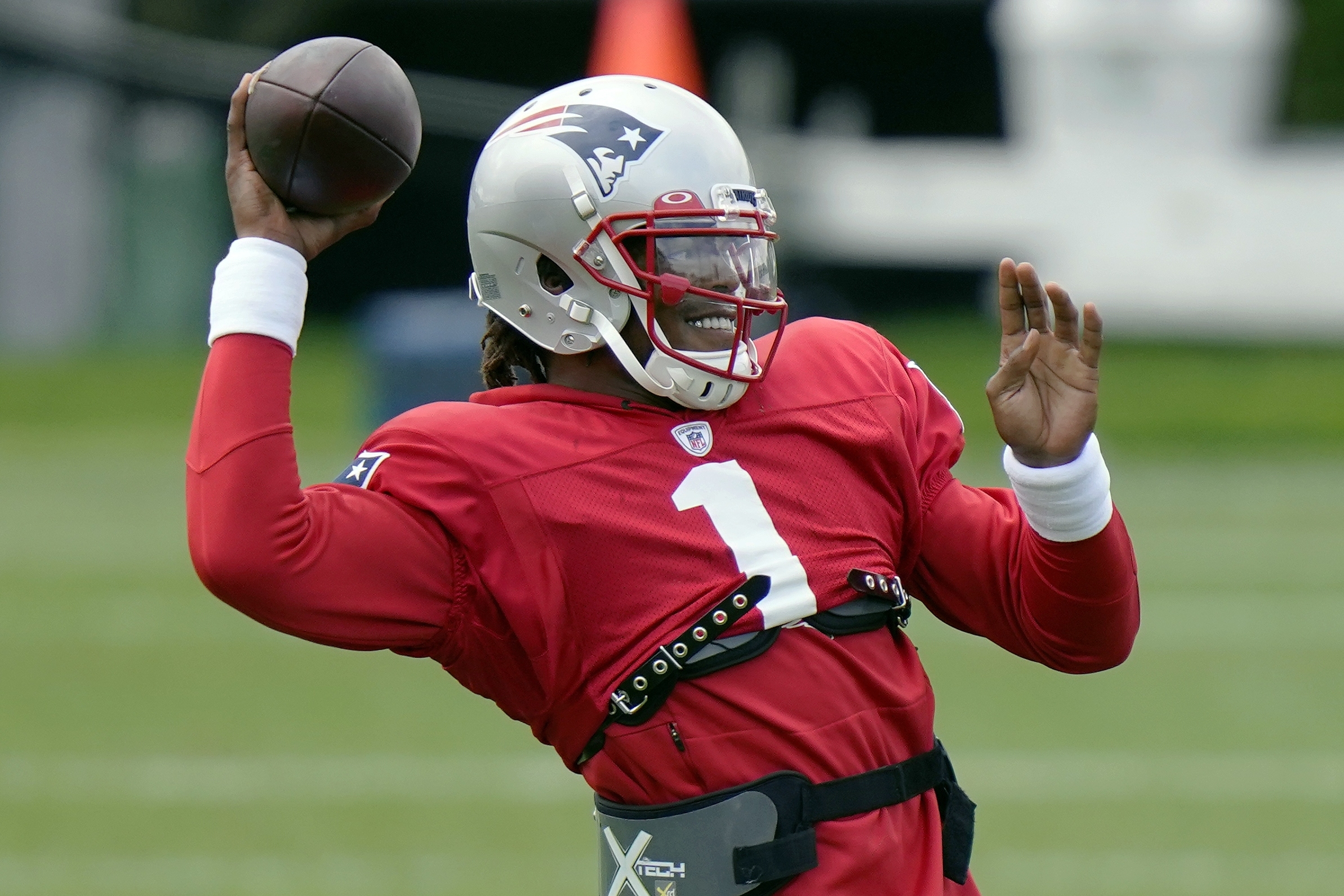 With the Patriots official practices underway, the top storyline is no surprise: whether Cam Newton or Jarrett Stidham will replace Tom Brady as starting quarterback. Both players bring advantages and the decision by Bill Belichick on who to start in Week 1 will be one of the most important personnel decisions of the last decade. The Patriots still have the pieces to be a contender, but they need to get the most important piece right.

The biggest keys for Newton to win the job are health and system knowledge. Through one week of camp his health appears to be fine. Newton has participated in all practice sessions and gone through athletic drills as well as offensive group work without limitations. That leaves only system knowledge, which is always a challenge for a new arrival in Foxborough.

The Patriots have a notoriously complex system and Newton understandably has an uphill climb after joining the team in June and having limited practices due to Covid restrictions. However, he has looked reasonably comfortable with play calls thus far and has been sharing first team reps with Stidham and Brian Hoyer.  The Patriots don’t need to have Newton master their system on the same level that Tom Brady had after two decades with the team, but they will need him to have a firm grasp on all their basic concepts as well as potential adjustments for any given opponent or situation. Once he shows that, he will have the upper hand in the battle for the top job.

Newton’s two areas of concern, health and system knowledge, are advantages for Stidham. He has been healthy so far in his NFL career and spent last season with the Patriots behind system master Tom Brady. Stidham has also shown NFL flashes as a passer, mostly in training camp and preseason in 2019.

If Stidham can use his more extensive system knowledge to his advantage throughout camp, it will put him a step ahead of Newton. Also, if he shows progress from Year 1 to now, it will give the New England coaches faith in his development and high ceiling. Stidham is also a terrific athlete; he was rated a top five athlete by multiple recruiting services upon leaving high school and that will help him in the battle against the athletic Newton.

However, several of Newton’s strengths are areas where Stidham is lacking. The first and most obvious is experience. Newton has been a starter in the NFL since he was drafted in 2011, has won a league MVP and been to a Super Bowl. Stidham has thrown a handful of NFL passes, the most notable being a pick-six against the Jets. Stidham may be more comfortable in the Patriots’ system, but Newton is the one more comfortable in game action. The next is pure talent. Stidham may have a great career and is a good athlete, but Newton is the more purely talented of the two and the more polished, at least right now.

Prediction: Newton wins this year, but that doesn’t preclude Stidham from being the quarterback of the Patriots’ future.