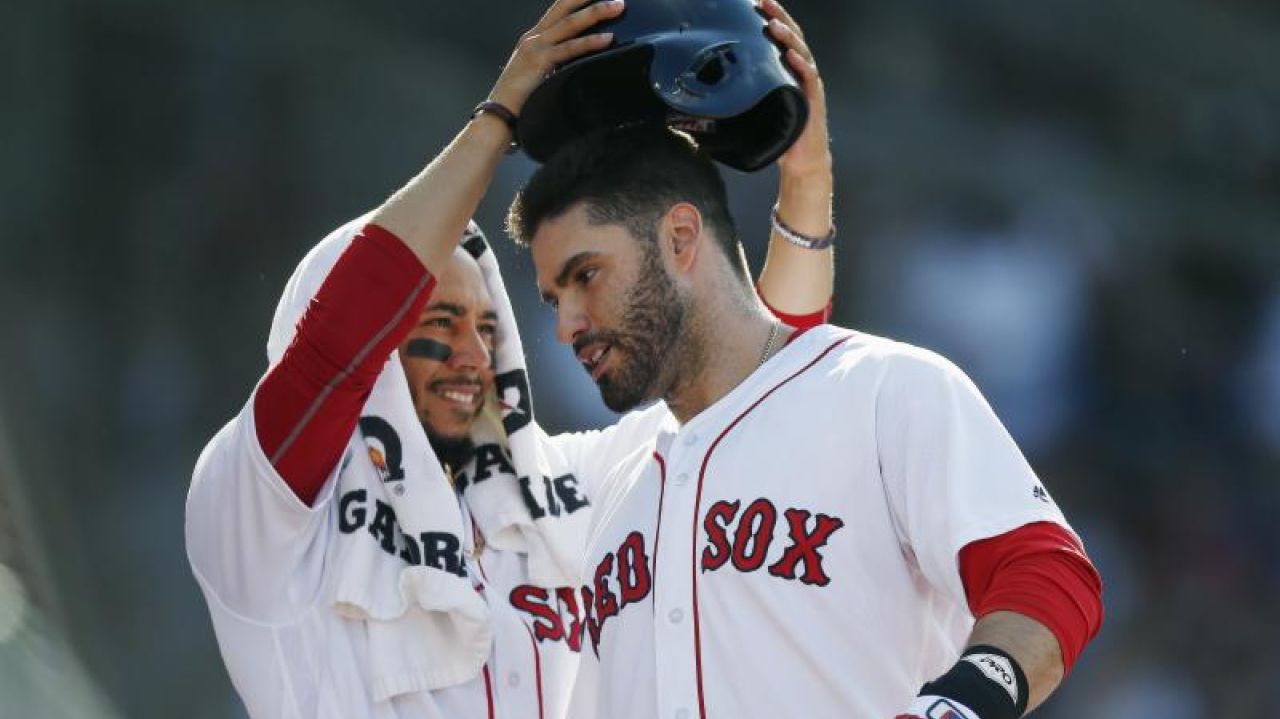 Tonight, the Red Sox and Yankees—one of sports’ most storied rivalries—will face off at Fenway Park with the Red Sox potentially curb-stomping the Bombers and taking a robust lead in The A.L. East.

For Vasgersian, 50, an Oakland-native who began his major league announcing career calling games for the Milwaukee Brewers, coming to Fenway is always a “magical” experience.

“There’s nothing like [Fenway Park], and there will never be anything like it again,” said Vasgersian. “It’s a lot of fun to work there.”

Despite having grown up an Athletic’s fan during the teams’ halcyon years in 70s, the Red Sox were a big part of his upbringing. His father, a Marine, was a native of Somerville and a lifelong, diehard fan who tried to “ween [his son] on the Sox.

But these where the same Red Sox that brought fans 86 years of “pain and suffering and burden” that Vasgersian described as “incomparable.” Those of us who grew up with these perennial choke artists know the names that send us into fits—Bucky “Effing” Dent and Aaron “Effing” Boone, now The Yankees manager.

Vasgersian recalled attending Game 6 of the 1986 ALCS with his father during Matt’s college days in Southern California. Red Sox fell behind that game, looking to lose the series, and his father, who had “a big distaste for Angels fans” because he felt they “weren’t authentic fans” left the park.

They were listening to the game on the radio when Dave Henderson hit his historic homerun. Matt asked to go back but his father refused. The Red Sox won Game 7 and took the pennant series and then, well…let’s not go there. Another “incomparable” heartache.

“It’s a whole different psyche than what my dad carried around with him,” Vasgersian said. “These are no longer your father’s Red Sox. They’re no longer The Olde Towne Team scrapping for recognition.”

Now, Vasgersian is standing in the broadcast booth beside one of the most polarizing Yankee players in modern history. While many New England fans may bristle at A-Rod’s name, Vasgersian sees a different guy, a man who has made amends with his notoriety.

“Alex is keenly aware of his place and doesn’t hold grudges,” Vasgersian said. “If asked about relevant players in his career, [Jason] Veritek’s comes up quickly in the conversation.”

As for the other analyst, Jessica Mendoza, Vasgersian had nothing but accolades.

“For someone who never played major league baseball, she’s as good as it gets in terms of prep, her understanding of the game,” he said.

As for the Red Sox team taking the field Sunday night, Vasgersian gave a lot of credit to manager Alex Cora.

“He’s the next generation of stud manager,” he said. “He’s super-intuitive and he’s one of the best there is.”

With the 2018 Red Sox jettisoning toward what could be the best season in the franchise’s history, this is definitely not your father’s Red Sox.

And a fourth World Series ring in under two decades? Even cooler.