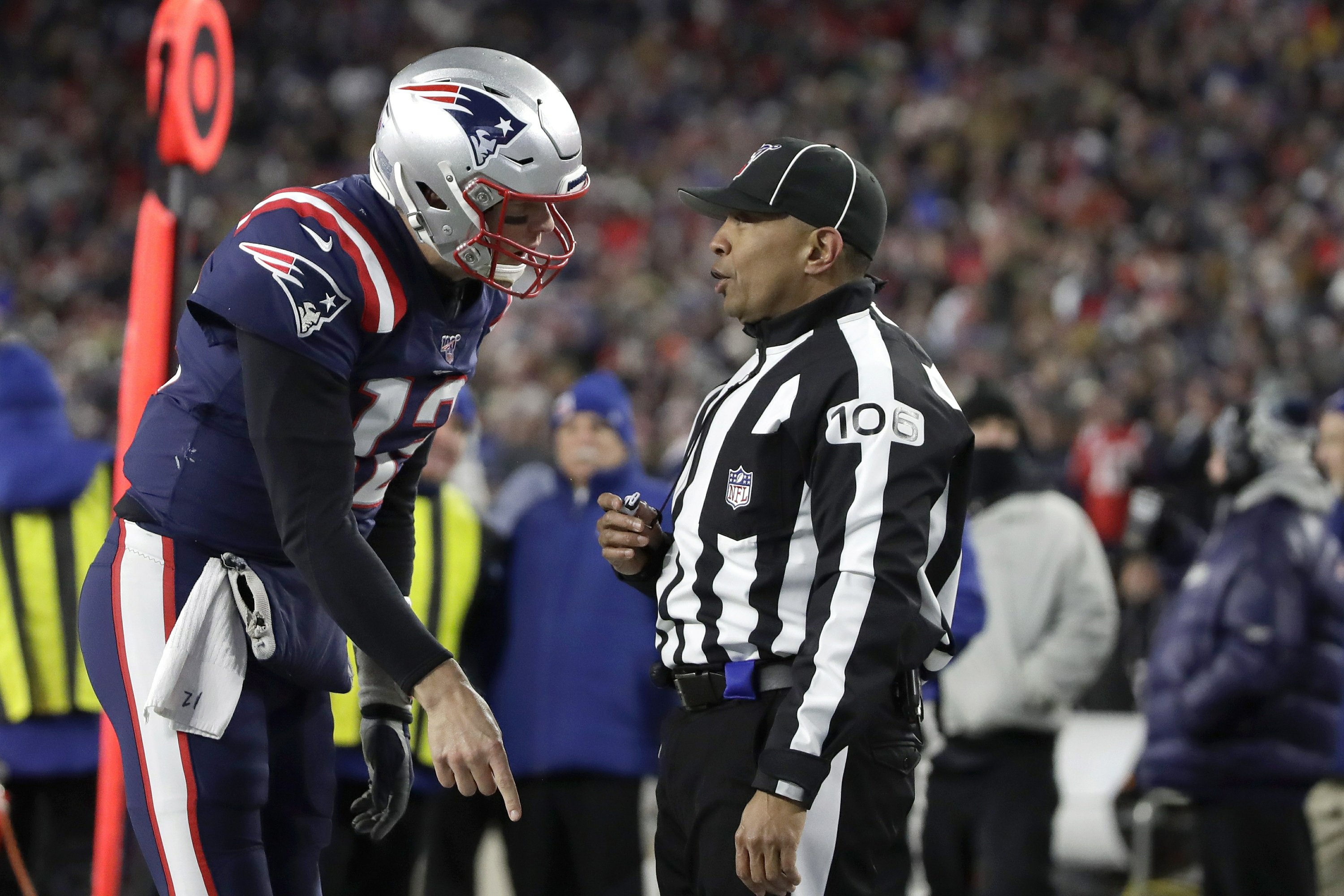 The Patriots lost a game that could have been won on Sunday and have two areas to throw the most blame: the officials (as most of New England agrees) and their own inability to consistently move the ball on offense. Had either of those two areas worked out better for them on Sunday, they would be 11-2 with a solid win against an AFC heavyweight. Instead, they are 10-3 and yet to beat a good AFC team.

As a coach myself, I loathe to blame officials for losses, especially at the professional level, but the crew on Sunday was extraordinarily bad. The Patriots had a touchdown taken off the board not once, but twice in the same sequence, first on a Stephon Gilmore fumble recover and then on a N’Keal Harry catch and run. The Patriots settled for a field goal, taking four points off the board. On their final drive, the Patriots were forced to go for it on fourth down in the red zone and not kick a game tying field goal because of the earlier missed calls, taking an additional three points off the board. It is unfair to expect a team to win when seven points are wiped off the scoreboard.

However, the Patriots we have all come to know used to be able to win despite circumstances like this. Right now, their offense is simply not good enough to overcome these challenges. The biggest plays the Patriots ran all day were trick plays, first a touchdown pass to Julian Edelman on a flea-flicker and then a long pass from James White to Jakobi Meyers. Trick plays can be great, but when they start to become the key to your offense you have a problem.

Even after the two egregiously blown calls, the Patriots could not punch the ball in the end zone despite three attempts from inside the five. The same scenario unfolded on the final drive, with the Patriots failing to score on four straight plays. The offense looked out of sync once again for most of the game, making it two successive weeks that Tom Brady was dealing with receivers in the wrong place or dropping balls. Those receivers were also dealing with a Brady who is not playing on the same level he was the last time the Patriots played the Chiefs.

First round pick Harry can barely get on the field and 2018 first rounder Sony Michel has been bottled up most of the season, including yesterday. Fans of the Patriots are not used to the offense being this stagnant. Hopefully for New England, this is a bump in the road similar to 2018, when they get themselves together at the end of December and continued their strong play to a Super Bowl win. However, as things stand right now, the Patriots offense isn’t performing at that high level.

The officiating was awful on Sunday and it helped the Patriots lose the game. The difference between these Patriots and the previous teams this decade is their offense is not good enough to overcome it.